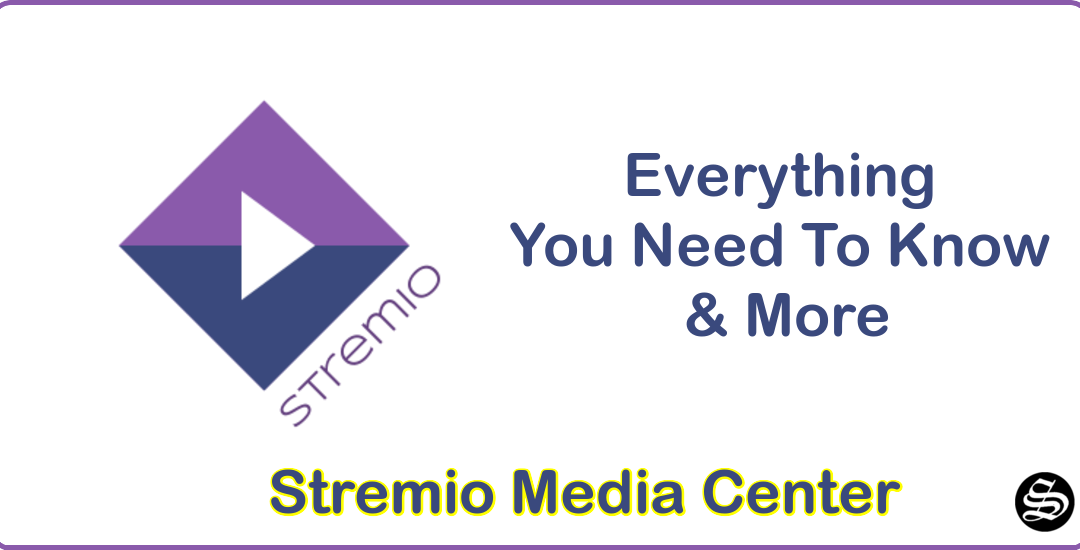 There are hundreds of ways to access movies and TV shows. Unfortunately, searching for content is sometimes difficult. Solving this dilemma is where Stremio Media Center comes in.

Available for many platforms and devices the free service allows you to find and watch video content on your local hard drive and online, all in one place.

What is Stremio Media Center?

Stremio is a media center software that allows users to watch movies, TV shows, and live TV from various sources such as Netflix, Hulu, and YouTube.

You will no longer have to visit one site or application to watch movies, or another for your TV shows. It’s an all-in-one platform where all your different video streams are provided.

Users can also use Stremio to organize and track their media library and discover new content through its built-in add-ons.

The application is available on multiple platforms, including Windows, Mac, Linux, and Android.

Overall, Stremio is a great way to bring all your streaming services together in one place and have a better access to all your content.

With Stremio, you can easily discover new content and keep track of the shows and movies you’ve been watching.

How does Stremio Media Center work?

When you open the application, you will be presented with a user interface that allows you to browse and search for content, as well as organize your media library.

The Media Center uses add-ons to connect to different sources of content. These add-ons can be installed directly from within the application and they allow Stremio to access the content provided by the respective service or website. For example, there are add-ons for Netflix, Hulu, and YouTube, which allow Stremio to access and stream the content provided by these services.

Stremio also allows users to install “unofficial” add-ons, which are not officially supported by the Stremio team, but they can be found on 3rd party websites.

Once you have found the content you want to watch, you can stream it directly within the application, or you can add it to your library for easy access later.

Stremio also provides a calendar feature that allows you to track upcoming episodes of TV shows and set reminders for them.

Overall, Stremio provides a user-friendly interface that allows users to easily find and stream content from various sources, as well as keep track of their media library.

What are the official add-ons for Stremio?

The official add-ons for the Stremio application are developed and maintained by the Stremio team, and they are available for installation directly from within the application.

These add-ons allow users to access a variety of content from different sources, such as streaming services, torrents, and local media files.

Here are a few examples of official add-ons for Stremio:

It’s worth noting that the list of official add-ons available may vary depending on your country location and the availability of the services. Additionally, the Stremio team may add or remove official add-ons over time.

What are the third-party add-ons for Stremio?

Third-party add-ons for the Stremio application are developed by independent developers and not officially supported by the Stremio team.

These add-ons can be found on various websites and can be installed manually on the application. Some third-party add-ons allow access to a variety of content, such as movies, TV shows, live TV, and more.

It’s important to be aware that some of these third-party add-ons may provide access to illegal content, such as pirated movies and TV shows, and the user should be sure to only use these add-ons legally.

Here are a few examples of third-party add-ons for Stremio:

It’s worth noting that the list of third-party add-ons available may vary depending on the developers and the availability of the services.

Additionally, the Stremio team does not review or endorse these add-ons and the user should be careful when installing and using them.

Stremio is a media center software application that offers a wide range of features to help users discover, watch, and organize their media content. Some of the best features of the Stremio include:

Is Stremio Media Center Free to use?

Yes, the Stremio Media Center is free to use. You can download and install the application on your device without paying any fees. However, some features and add-ons may require a subscription or a one-time purchase.

For example, if you want to watch movies and TV shows from a specific streaming service, you will need to have a subscription to that service.

Additionally, some add-ons may require a one-time purchase or a recurring subscription fee to access their content.

How can I watch Movies online using Stremio?

To watch movies online using the Stremio application, you will need to first install the application on your device. Stremio is available for Windows, Mac, Linux, iOS, and Android. You can download the appropriate version for your device from the Stremio website.

If you have tried to install the Stremio app for Android during this past week, you have probably noticed that the app is not listed on the Google Play Store. The app has been temporarily removed, however this doesn’t mean that you can’t get it on an Android device. Just click the Download button below and the latest version of the app right on your Android device

Once you have the application installed and running, you can start watching movies online by following these steps:

When you first open the app, it will ask you to share some error reports, for better privacy just press Not now to continue

The default Stremio homepage will feature some top Movies and top TV Shows suggestions based on what is trending.

Note that some movies may require you to install additional add-ons to access their streaming links.

These add-ons are third-party services that are not officially supported by the Stremio team, and they may allow access to illegal content.

It is your responsibility to make sure that you are using the add-ons legally.

How to install addons on Stremio Media Center?

Installing add-ons on the Stremio application is a straightforward process. Here are the steps to install an add-on:

You can also install add-ons from the official Stremio add-on repository, which is a collection of add-ons that have been reviewed and approved by the Stremio team.

For third-party add-ons, you’ll need to find the add-on you want to install and follow the instructions on the website where you found the add-on.

Typically, this will involve downloading a file, and then installing it on the Stremio application by clicking on the “Add-ons” button and then on “Install from file” and selecting the downloaded file.

Once you have chosen and installed the addons, go to the Stremio homepage, you can browse the content right from the homepage or use the search bar to find specific titles.

Click on the movie or the TV Show you want, a new info page will appear. On the top right corner of the screen click on the library Icon

You can do the same with all the movies, TV Shows, or podcasts you want to add to your library.

Now that Stremio’s homepage is rich in content and your library is populated all you need is to pick up a program and start watching for free.

Select the View option and if it is a series, choose a season. At this point, a list will appear in the right menu with all the free streams. You will be able to see the format of the file, the size, and the number of people using it.

Stremio is powered by an advanced algorithm that guarantees a high-quality user experience.

With this service, it is no longer necessary to connect to multiple locations to watch movies, videos, live TV shows, TV series, and other streaming videos. Get rid of ads for your YouTube channel videos and enjoy them on all devices. Stremio is your unique solution to enjoy all your video streams.

How To use Stremio Media Center Interface?

The Stremio user interface is designed to be simple and intuitive, making it easy for users to navigate and find the content they want to watch. Here are a few tips on how to use the Stremio application interface:

When watching a movie or a TV show, you can use the player controls to play, pause, fast-forward, rewind, adjust the volume, and change the quality of the video.

Overall, the Stremio user interface is designed to be intuitive and easy to use, allowing users to quickly and easily find the content they want to watch and to keep track of their media library.

Kodi and Stremio are both popular media centers that allow users to organize and stream their media content, such as movies, TV shows, and music.

Previously known as XBMC, kodi is an open-source software that is available on multiple platforms including Windows, Mac, Linux, and Android. It allows users to customize their media center with add-ons, skins, and other customization options.

Kodi also has a large community of users and developers, providing a wide range of options for users to access their media content.

Stremio, on the other hand, is a closed-source software that is available on Windows, Mac, Linux, and Android. It is designed to be user-friendly and easy to navigate, making it a great option for those who are not familiar with media center software.

Stremio also offers a wide range of add-ons and plugins, allowing users to access a variety of content including movies, TV shows, and live TV.

Both Kodi and Stremio have their own set of features and advantages.

Kodi is a powerful media center software that is highly customizable, but it may be more difficult for some users to navigate.

Stremio, on the other hand, is easy to use and offers a great selection of add-ons, but it is not as customizable as Kodi.

Ultimately, the choice between Kodi and Stremio comes down to the user’s personal preferences and needs