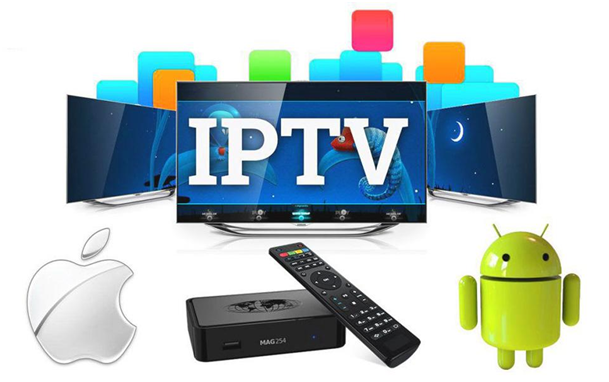 Television through IPTV is being used less and less commercially, but it is still widely used at a “private” level, and that can represent a danger. Let’s see what it is, how to use it, and why you have to be careful with certain IPTV applications.

Today there are many ways to watch television. Channel reception through the typical aerial cable is still very popular, but satellite, optical cable, and Internet streaming are also used. A variant that promised a lot is IPTV, or television over IP . It is still offered by some companies, but other operators have abandoned it. However there is a large alternative black market  for IPTV lists, which can be a bad idea to use. In this article we will try to explain what IPTV is, and how to use it .

IPTV was going to be the great revolution in television , but the complex infrastructure that it requires, both at the operator and user level, the increase in bandwidth and the improvement of streaming in general, has made most operators, except those that have their own infrastructure, have rejected it.

From the user’s point of view, it  is difficult to distinguish IPTV from OTT services such as Netflix or Amazon Prime Video , because in both cases you receive television channels over the Internet, so we are going to explain what they consist of, and the differences between the two.

A distinction must be made between the legal IPTV offered by some operators, and the IPTV paid lists or with advertising that can be found on the Internet, of dubious origin.

In many cases they offer illegal content (pirated channels), as well as possible viruses and spyware, if the connection is made from a computer. You have to be careful with these types of services.

Although a minority, television over IP has a number of important advantages , so it can be interesting for many users. That is why it is important to know how it works.

IPTV is the acronym for Internet Protocol Television. It is a system that distributes television signals and any other audio or video content through a broadband connection that uses the IP protocol. It works without cables or an antenna since it only requires an Internet connection. In general, the distribution of television content is offered in subscription mode and is managed by the same Internet access provider as the client.

In simple words, it is a way of transmitting television online, but different from that used by popular streaming platforms, such as Netflix or Amazon Prime Video.

IPTV transmits television channels on demand to a certain IP address. The main characteristic is that it reserves part of the bandwidth of the Internet connection for television. It creates a private and direct network between the operator and the user, so it can technically work even without the user connecting to the Internet, as long as the router and decoder are turned on.

The company that supplies IPTV has to have dedicated servers that provide high-speed streaming, and special software to compress the video and send it to the requested IP address. For his part, the user needs a special decoder that receives that video, decompresses and decodes it, and displays it on TV or monitor.

Associated mainly with televisions and set-top boxes, IPTV technology is increasingly being used by Android and iOS computers and mobile devices through applications. The only prerequisite is an Internet connection that has at least a data transfer speed of 5 MB / s (electromagnetic waves do not intervene as in conventional televisions).

The different
iating element of this technology is that it works like a television system on demand, that is, the user can choose what and when to watch. In addition, it guarantees transmission quality, since the signals are distributed through its own networks.

IPTV Vs OTT: What is the difference?

The services OTT or Over the Top,  free transmission, transmit audio, video, and other content openly over the Internet, without interference from the television or telephone operators.

There are many variants, from the classic video and music streaming to Internet radio, Voice over IP calls, etc.

What interests us here are OTT services associated with television. It is what we basically call streaming television. From YouTube to Netflix or Amazon Prime Video . They broadcast openly on the Internet and anyone can connect to that streaming, either for free or after paying a monthly fee.

The main difference with IPTV is that OTT does not have reserved bandwidth: the video data is mixed with the rest of the data that circulates through the network, so the image quality will depend on the saturation of the network and the bandwidth used.

Before they were services with low image quality, and that hardly offered functions to the user, so IPTV made sense. But with the advent of fiber optics, new video compression codecs, and better latency, today’s OTT services can offer the same as the best IPTV , both in image quality and in recording, pay-per-view, etc. All this, with a much cheaper infrastructure and greater comfort for the user.

For this reason, most of the operators have stopped using IPTV and have switched to OTT .

What channels can I watch?

One of the reasons why IPTV is more popular is not because people seek to hire this type of television, but because there are ways to access many of these channels without needing an operator through the so-called “IPTV lists” or “m3u lists. “.

These are lists of IPTV channels that can be viewed through streaming , accessed through remote IP addresses. These lists are stored in a text file that usually has the extension m3u, m3u8, w3u , etc.

Some video players and decoders allow you to add IPTV lists to be able to see more channels, and there is also specialized software, as we are going to see.

A priori, the IPTV lists are perfectly valid. There are lists with free IPTV channels, channels that are not on the Internet, private channels, or legal IPTV pay lists, which allow you to watch IPTV television streaming on your mobile, without the need to use a decoder. But they also have their controversial part.

How to play IPTV Lists

We have generic software like popular VLC Media Player , which is compatible with IPTV lists. In fact most are.

There are also specialized software , available for iOS and Android. But many others have been expelled from Google Play and the App Store for walking dangerously across the border of illegality … In fact, most of the players that give access to websites with IPTV lists have been expelled. Those that remain, require you to install the lists on your own, under your responsibility.

How to configure IPTV lists

Once we are clear about what IPTV is, let’s see how we can configure it on our devices :. But first, you should know that you can have different options:

VLC : the famous multimedia player is available for various platforms, such as laptops and desktops (Windows and Linux) and mobile devices (Android). With this multimedia player you can not only play your favorite songs and videos, it also allows you to add IPTV lists to watch tv.

Kodi : like the previous one, Kodi is a very powerful and complete multimedia center, which with its addons will allow you to extend its capabilities beyond those imaginable. Among the addons are some that allow us to have lists of IPTV channels to be able to see them from their menu. As you well know, Kodi is also cross-platform, and you can install it on Windows, Linux, Android, etc., so the number of devices that can run it are the most diverse.

Apps : there are also some more specific apps, both for Android and Windows, as well as for smartTV operating systems. These will be more suitable for specific situations. An example of this app is IPTV Smarts PRO, which is a very powerful and well-known software.

Well, once we have this clear and we opt for the option we prefer , we are going to show the configuration steps in each case. Just follow the links below:

How to add an Iptv m3u file to Kodi? A step-by-step guide

How to Install Iptv on IPTV Smarters Pro Application?

How to Install IPTV on GSE SMART IPTV Application for Android and IOS?

How to Install Iptv on Perfect Player?

How to Install Iptv on OttPlayer?