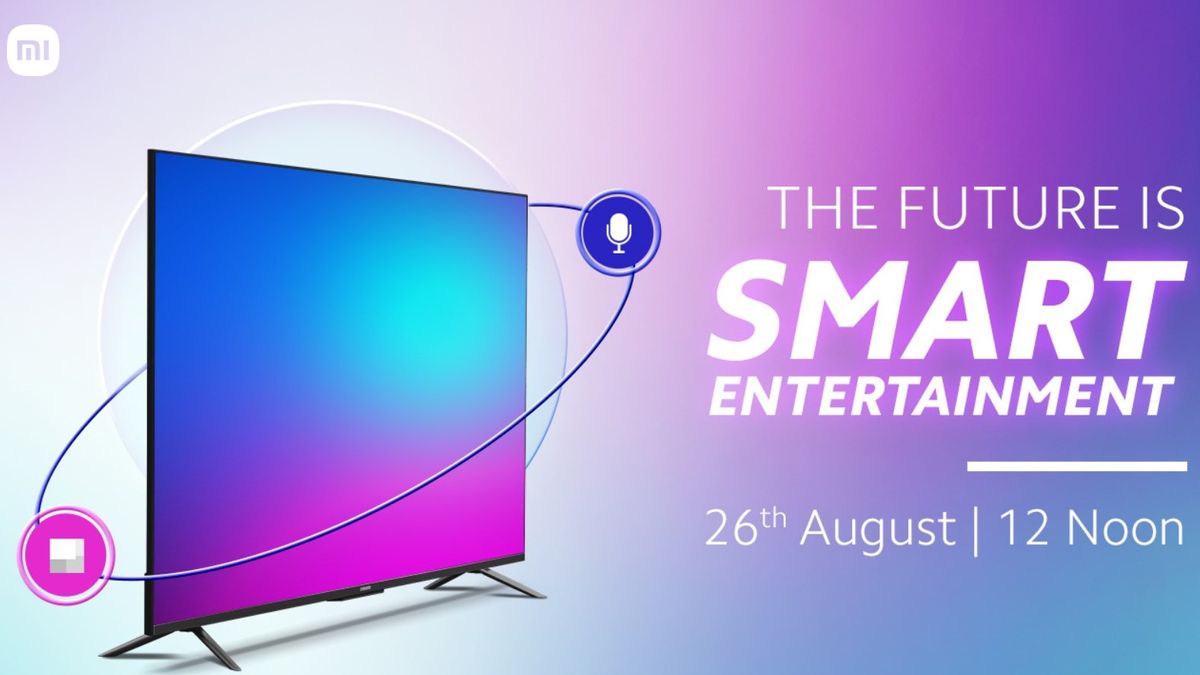 Xiaomi is slated to host a launch event in India on August 26. During this Smarter Living 2022 event, the company is expected to launch various smart products. According to the reports these products include – the Mi Band 6, a new Laptop, router and a security camera.

The Chinese tech major has today announced that the Mi TV 5X will also be unveiled during the said event. The company has also set up a microsite teasing feature and highlights of the TV which include a bezel-less design and the latest PatchWall skin.

The microsite states that the Mi TV 5X will come equipped with far-field mics letting users for better reception of voice commands and seamless communication with the Google Assistant present on the TV. Additionally, the TV will come with Dolby Atmos support, a new and faster chipset.

The Mi TV5X is expected to come with a QLED panel and will join the Mi QLED TV that was launched sometime back. With affordable TVs introduced under the Redmi sub-brand, the new TV is expected to be on a premium side in terms of pricing.

Apart from other products, the Mi Band 6 is expected to draw a lot of attention from the fans of the brand as well as the end consumers alike. The Mi Back 6 is already available in China and the one that is now launching in India is expected to be similar to the Chinese variant.

Xiaomi is a leading brand when it comes to wearables and the Mi Band is among its top-selling product thanks to its affordability and long battery life. Compared to its predecessor, the Mi Band 6 comes with a 1.56-inch AMOLED display and a plethora of improvements.

It can track 30 different workout types which include outdoor running, power walking, cycling (indoor and outdoor), treadmill running, pool swimming, skipping, elliptical, yoga and freestyle modes, among others. The Mi Band 5, for comparison, could only track 11 of them.

We’ll get more details about all the products as we head closer to the launch event.