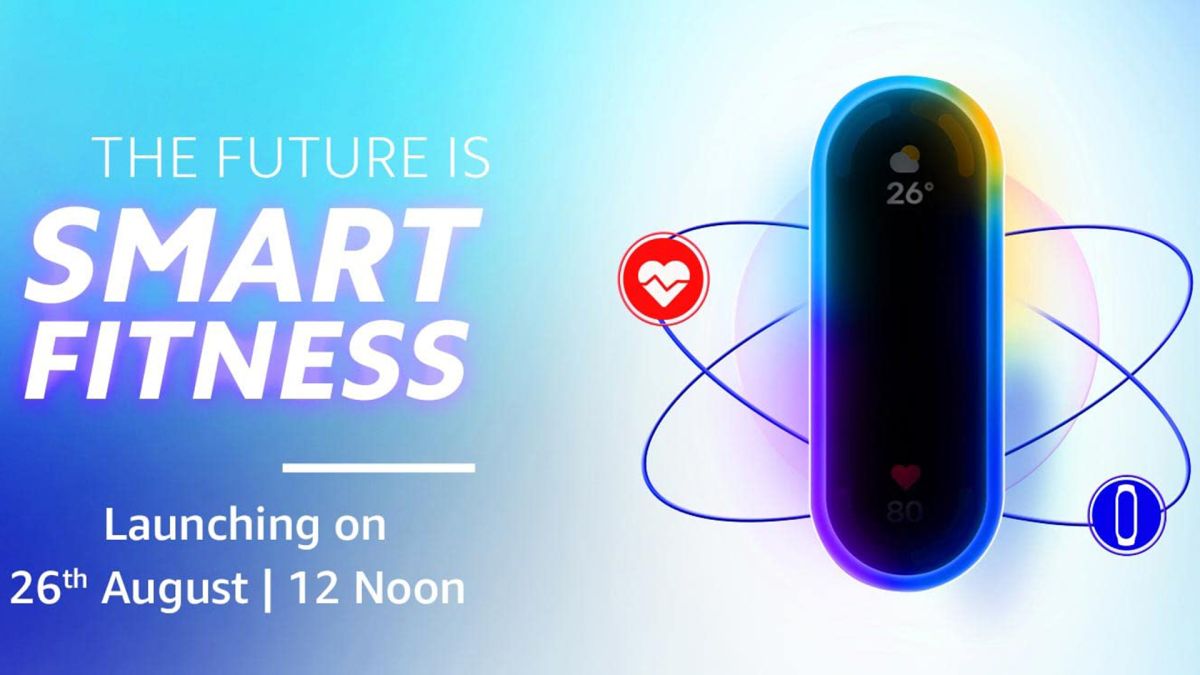 Xiaomi is all set to introduce the Mi Smart Band 6 in India and it has announced so in the form of a teaser on Amazon itself. Although the teaser itself does not have any mention about the brand or the device being launched the image of the fitness band display is enough to discern that it is the Mi Smart Band 6 which is being teased.

The page on Amazon only mentions that the launch of this device will take place on August 26 at 12 noon. It points to features like an improved display, better health tracking, better battery and easy charging, along with water resistance. The page also seems to hint that the device will have four colourful added options in either the device itself or bands available for it.

The Mi Smart Band 6 is already available elsewhere globally, and is in contention to be one of the better cheap smartbands that can be purchased. Our team writes that it competes with the Honor Band 6, which also launched this year, for the title of best cheap fitness tracker.

As a fitness tracker the Mi Smart Band 6 is focused on fitness modes and has 30 different workout types, which marks a big step up from the 11 sports modes on offer with the Mi Smart Band 5. These include outdoor running, power walking, cycling (indoor and outdoor), treadmill running, pool swimming, skipping, elliptical, yoga and freestyle modes, among others. Other health features include SpO2 measurement, accurate heart rate monitoring and an enhanced sleep tracking function that monitors naps, sleep cycles and sleep breathing quality.

It also comes with stress monitoring and deep breathing guidance to provide the wearer with real-time health insights into the wearer’s body and lifestyle. The Xiaomi Mi Smart Band 6 comes with a 1.56-inch AMOLED display which is larger than the 1.1-inch screen of its predecessor. It also has customizable band straps with over 60 different themes available with the global version which Xiaomi may launch in India.

The Mi Smart Band6 has a battery life that lasts for up to 14 days on a single charge along with a magnetic port for quick clip-on and clip-off charging. Xiaomi says it’s also certified to 5 ATM water resistance, so it can be worn when swimming, snorkeling and showering.