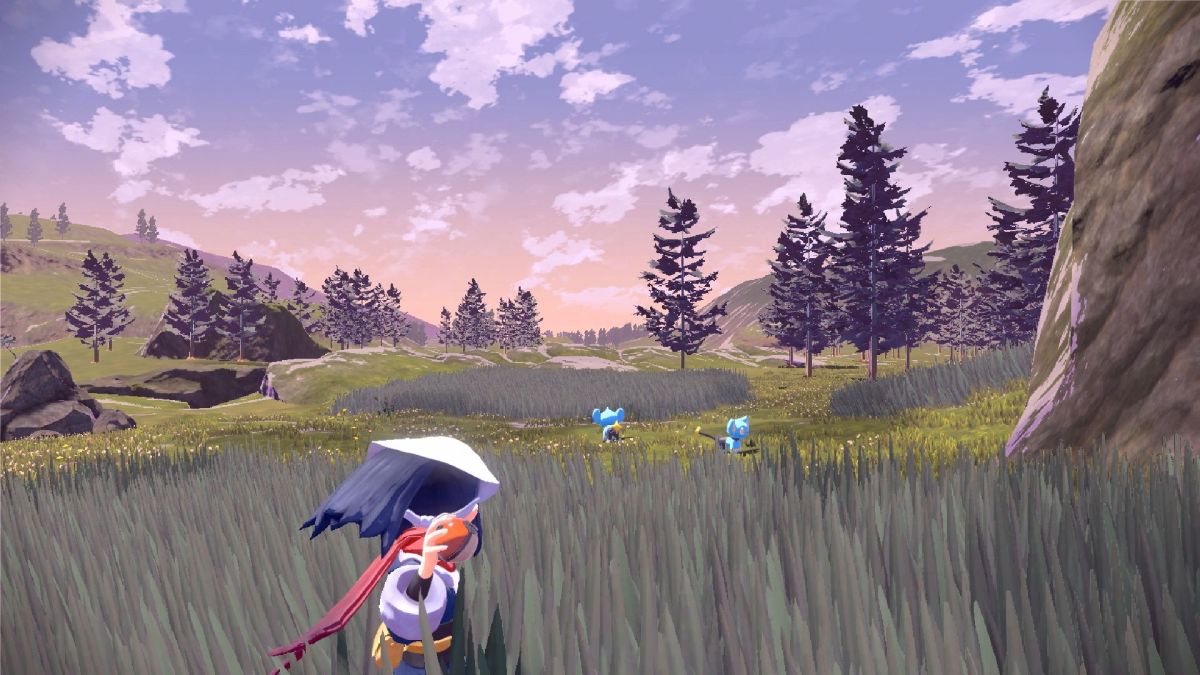 The Pokémon Company isn’t ready to reveal more about Pokémon Legends: Arceus right now but it will be “soon”.

Speaking in an interview with GamesBeat (via GamesRadar) JC Smith, the senior director of consumer marketing at The Pokémon Company, said that when it comes to Arceus, the company has “a robust rollout” planned, adding that there’s “not a lot that I can share at this time. But the team has a lot of great things to share, and you’ll be hearing from us soon.”

Unfortunately, Smith wasn’t able to give any indication on how soon “soon” is. Pokémon Legends: Arceus was first revealed to the world back in February of this year in a Nintendo Direct celebrating Pokémon’s 25th anniversary. Since then, the biggest news has been a confirmation of its 2022 release date and box art reveal via Twitter.

Nintendo didn’t offer any more information in its E3 2021 presentation and doesn’t appear to have any plans for Gamescom 2021 as it’s not listed as a partner, so it’s hard to predict when exactly we might learn more.

Pokémon Legends: Arceus is a Nintendo Switch exclusive and it currently has a release date of January 28 2022, which actually isn’t all that long away. That said, it’s not the only upcoming Pokémon game, with Pokémon Brilliant Diamond and Pokémon Shining Pearl (remakes of the beloved Nintendo DS titles) set to release first, in November of this year.

We know: why “soon”? If there are lots of great things to share why not right now, this minute, this second? Well, actually, it’s maybe kind of understandable that The Pokémon Company is reticent about Pokemon: Arceus at the moment.

For one thing, the Pokémon calendar is actually pretty busy. Pokémon Unite, the strategic team battle game, has only just launched on Nintendo Switch and is likely the company’s most immediate focus. Then, before we get to Pokémon: Arceus’ January 2022 launch date, there’s Pokémon Brilliant Diamond and Pokémon Shining Pearl in November. There’s probably still more we have to learn about these remakes, so it’s easy to see that being The Pokémon Company’s next hurdle.

Arceus’ 2022 release date, early in the year though it is, likely means it’s not at the top of the priority list at the moment as far as revealing details is concerned.

Plus, given Pokémon Legends: Arceus looks set to change things quite a bit, with official website saying it “honours past Pokémon games’ core gameplay while infusing new action and RPG elements“, it’s possible The Pokémon Company will want take its time over laying out exactly what that means.

Pokémon: Arceus is a prequel of sorts, taking players into a historical Sinnoh region. The scope of the open world appears to be larger than previous entries in the series (think Sword and Shield’s Wild Areas but more) and notions of what it means to be a Pokémon Trainer or even what a Pokémon League is are totally different.

Arceus certainly gives the impression it’ll be an entry that experiments with some of the Pokémon formula but, for a series that’s so long-running and beloved, announcements regarding changes can’t just be flung out into the world—it’s likely The Pokémon Company will want to lay out a cohesive picture of what players can expect and why they should look forward to it, rather than tidbits here and there.

Still, this doesn’t get us any closer to answering when exactly we might learn more. Nintendo still has a good amount of time left in the year for announcements and, given the strength of the Pokémon franchise, big events like Gamescom or E3 aren’t strictly necessary to prop up a dedicated Arceus Nintendo Direct. With that in mind, we could learn more at any time over the next few months so keep your eyes and ears open.