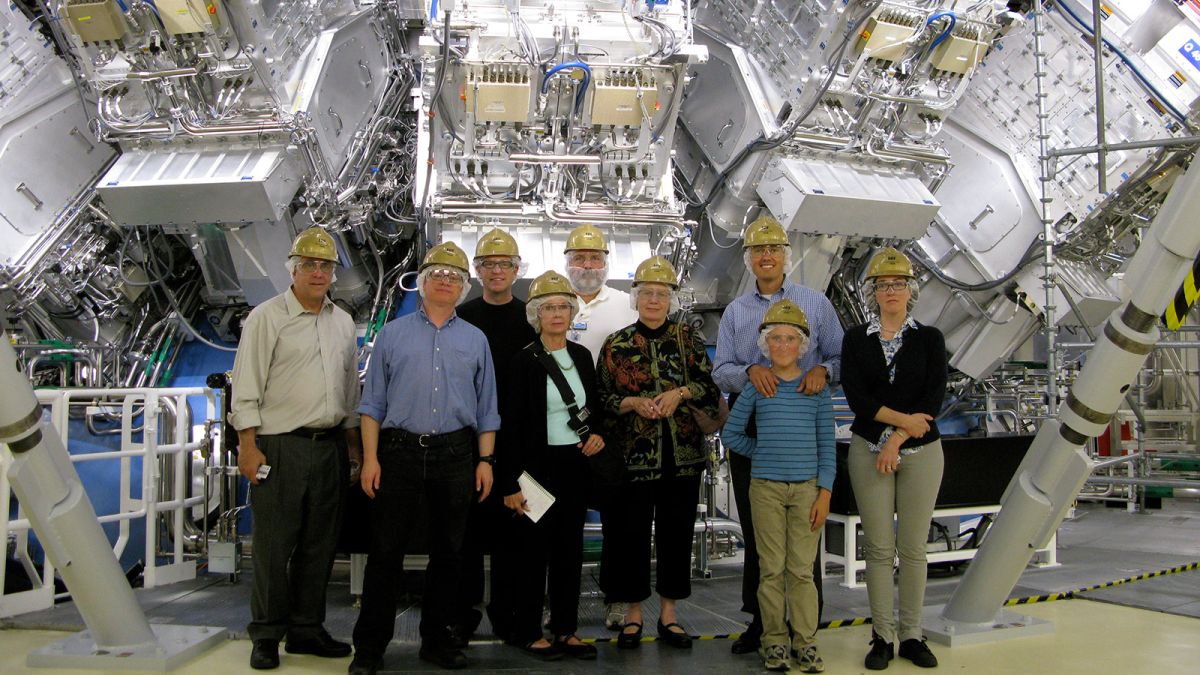 Engineers with the Lawrence Livermore National Laboratory (LLNL) in California might have brought us to the threshold of harnessing the internal process of a star to power our world by extracting a record-shattering burst of 10 quadrillion watts of power from a core of hydrogen the size of a BB.

Nuclear fusion is the process of fusing two hydrogen atoms together so that they form a helium atom and, in the process, release an enormous amount of pent up energy. It’s the same process that powers our sun and every other main sequence star in the universe and it’s something of a Holy Grail for energy research.

It has greater energy potential than nuclear fission – which powers modern nuclear reactors – and since the only byproduct of nuclear fusion is helium, it is the ultimate source of clean energy.

And since only uses a small amount of hydrogen for fuel – hydrogen is the most abundant element in the universe – it is essentially an energy source more powerful than modern nuclear power with a limitless supply of fuel and no toxic byproduct. Best of all, nuclear fusion reactions can be self-sustaining, requiring only a spark to get started before the reaction continues unabated until it runs out of fuel.

It’s this last critical element of nuclear fusion reactors that the LLNL engineers at the National Ignition Facility (NIF) say is now within reach. According to a statement announcing the results, “the experiment was enabled by focusing laser light from NIF — the size of three football fields — onto a target the size of a BB that produces a hot-spot the diameter of a human hair, generating more than 10 quadrillion watts of fusion power for 100 trillionths of a second.”

While that might not sound like a very long time, it doesn’t need to be. You only need to achieve a threshold for fusion ignition for the self-sustaining process of fusion to begin and run on its own, providing an unprecedented source of artificial power.

This isn’t the first time LLNL scientists produced a fusion reaction, but this experiment produced eight times as much energy release as the previous record-setting experiment earlier this year and a 25 times increase over its 2018 record.

Analysis: Will human-controlled nuclear fusion be a reality in less than a decade?

Scientists have been dreaming about nuclear fusion for so long and without much success that it’s natural to be skeptical of the LLNL’s report, which has not been peer reviewed yet. Their findings would have to be duplicated and confirmed before we can really let ourselves get overly excited, but as LiveScience notes, even critics of the LLNL research are surprised and even encouraged by the results.

The LLNL team produced an energy equivalent in that 100 trillionths of a second as 10% of the energy in all the sunlight hitting the Earth at any given moment. The amount of energy required to trigger the reaction in the hydrogen pellet was immense, but the pellet absorbed about 70% of it.

This puts researchers within striking distance of fusion ignition, where the that same pellet releases more than 100% of the energy it absorbs and continues to fuse hydrogen and releasing its energy even after the energy supplying laser is taken away.

Given the speed with which this approach is advancing, it’s not unthinkable that this 100% fusion ignition threshold can be crossed before the decade is out. If that happens, some might consider it the most monumental discovery in human history.