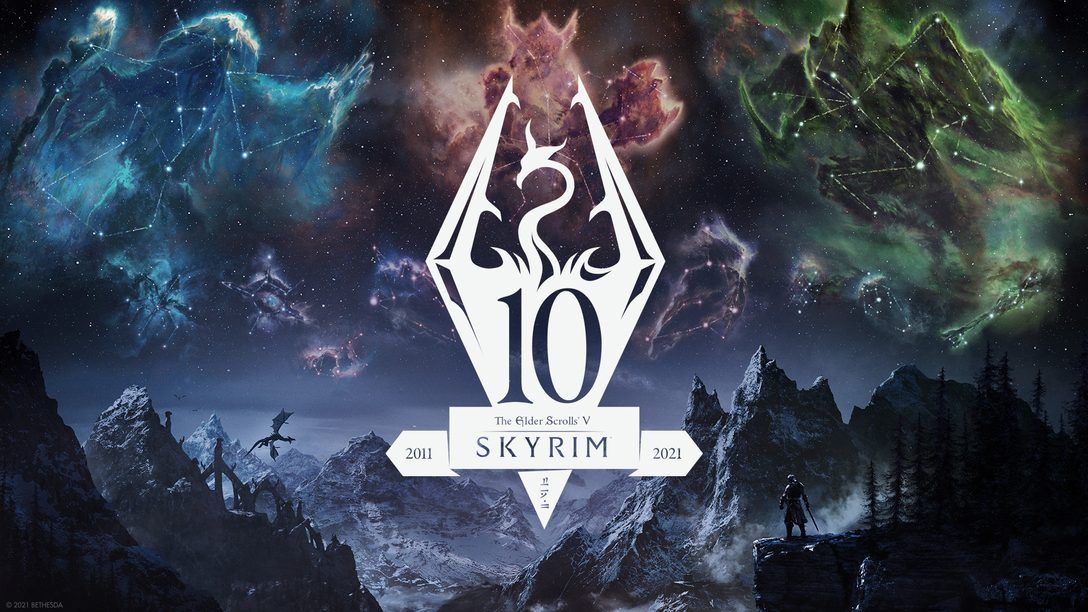 The Elder Scrolls V: Skyrim will soon hit its 10-year anniversary, and to celebrate Bethesda plans on releasing an extra special edition of the game that includes… fishing. Yep. Fishing.

The 10th Anniversary Edition will drop on November 11, 2021 on PC, PlayStation 4, PS5, Xbox One, and Xbox Series X|S, though you’ll be able to get free next-gen updates on the PS5 and Xbox Series X|S if you own the Special Edition of the game.

Included in the fourth re-release of the game – yes, unbelievably Skyrim is on its fourth re-release – will be a new fishing mini-game and 500+ Creation Club elements that offer “pre-existing and new quests, dungeons, bosses, weapons, spells and more”.

The obvious advantage to buying the game for the FIFTH time is that it will take advantage of the Xbox Series X and PS5’s upgraded hardware, but Bethesda has yet to say which exact features the game will take advantage of. Frame rate? Faster loading times? Spatial audio? Who knows – all we know is that there’s going to be fishing.

Opinion: There’s not much new here… but I’m too big of a fan to pass on it

So how did we come up with the number of remasters? Well, you’ve got the Legendary Edition of the game that came out two years after launch that combined all the expansions plus the main game into one box, then came the Special Edition that ported the game to Xbox One and PS4 in 2016. We got a VR version of the game in 2017/2018 and finally we come to the Anniversary Edition that’s dropping on November 11.

Each of the remasters brought something new to the table and two of them – the VR version and Special Edition – helped adapt the game for current hardware at the time.

The latest version of the game will do the same thing but it feels a bit like a cash-in of a cash-in – a port of a port that we’ve already played through. That said, because it’s a free upgrade for Special Edition owners it doesn’t feel all that egregious, even though it’d be great had Bethesda added something a little more than a fishing mini-game.

Regardless, Skyrim remains one of the better-known, widely regarded entries in the open-world RPG genre, and is a personal favorite of mine. So, yeah, I’ll probably buy it. But I swear I won’t buy it a sixth time.