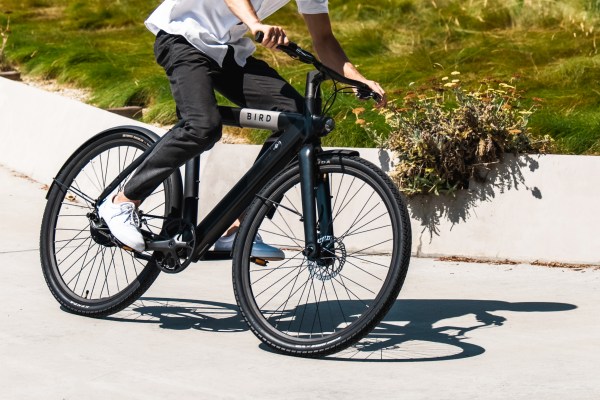 Shared micromobility company Bird has unveiled a new consumer e-bike. This is the first time the company is selling private vehicles rather than relying on the shared model.

It’s calling the bike the “Bird Bike,” which is the same name it’s using for the recently released shared e-bike the company launched in June. As with the shared model, the bike is designed in-house, but Bird did not identify the manufacturing partner. Limited quantities of the bike, in Stealth Black and Gravity Gray, are available starting Thursday for $2,299. Bird did not specify which markets it would deliver the initial order of the e-bike to, but it hopes to make the bike broadly available from U.S. retailers this fall.

The electric bike market is expected to hit nearly $68 billion by 2026, whereas the bike-share market is only expected to hit around $13.8 billion by the same year, which might point to the financial reasoning behind Bird’s announcement. Bird’s SPAC filing in May revealed massively unprofitable revenues and resulting net losses, so the company appears to be trying to diversify its business lines and leverage its position as a household name in micromobility so that it can stand a chance at profitability.

The new e-bike is part of Bird’s consumer products portfolio which represents about 10% of its business, according to Bird’s S-4 SEC filing, but the company did not respond to requests for explanations as to why it’s decided to launch a consumer business. That said, this is not the first time Bird has tried to branch out. Back in 2019, Bird announced a monthly e-scooter subscription service, but that never got the chance to take off.

“The future of transportation is all-electric. By expanding Bird’s consumer and shared products to include e-bikes as well as e-scooters, we are uniquely positioned to lead the revolution to eco-friendly transportation for the billions of annual trips that are five miles or less,” said Travis VanderZanden, Bird’s founder and CEO, in a statement. “With our new e-bike, we are creating increased opportunities for people to embrace micro electric vehicles beyond the 300 cities we partner with to provide our shared services today. Our e-bike is safe, durable and provides a stylish aesthetic and advanced technology that delivers a fun alternative to congestion-inducing, gas-powered cars.”

Bird’s e-bike, which is about the same price as the VanMoof X3, has a 12.8 Ah battery, powered by LG cells, that delivers up to 50 miles of range, the company says. The bike will be available in both a step-through and step-over aluminum alloy frame, and it will come with Kenda puncture-resistant tires. The pedal assist allows for speeds up to 20 miles per hour, and a thumb throttle is there for those pesky inclines. An LCD panel under the handlebars displays speed, distance and battery capacity, and bluetooth connectivity to the Bird app allows riders to turn the LED lights on and off, view battery range and miles ridden.