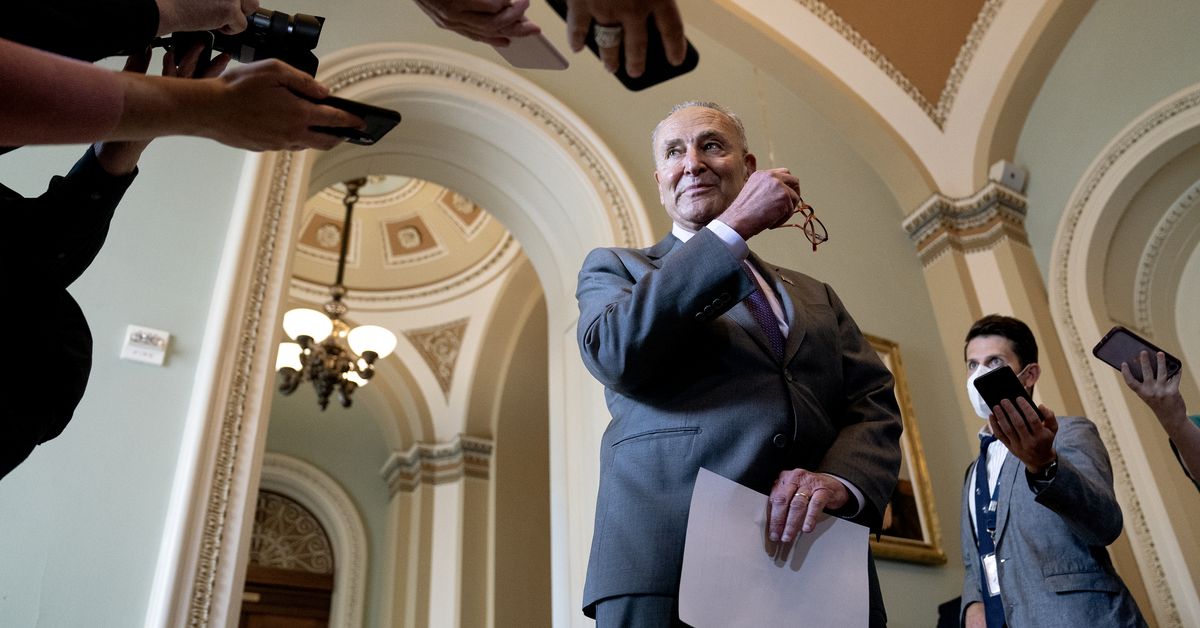 On Sunday, a bipartisan group of senators released their over $1 trillion infrastructure package after weeks of negotiations. As written, the bill authorizes over $500 billion in new spending to strengthen roads, bridges, and other physical infrastructure like high-speed broadband and electric vehicle adoption. The result is the largest domestic spending bill in more than 10 years, touching on nearly every aspect of the US economy.

Last week, negotiators reached a deal to bolster the nation’s broadband networks with an additional $65 billion, but left it unclear exactly how that funding would be spent or how much of it would go toward increasing affordability and adoption. But the text released yesterday contained language to make the FCC’s Emergency Broadband Benefit program permanent, renaming it the Affordably Connectivity Fund. The permanent version of the program would offer lower monthly subsidies — $30 rather than the previous $50 — but would also provide $100 for equipment.

More than 4 million households have enrolled in the Emergency Broadband Benefit program since it was established during the pandemic, according to the FCC.

The bipartisan package also includes billions to build half a million electric vehicle (EV) chargers across the country, in an effort to increase EV sales in the US. The bill would also expand government involvement in cryptocurrency, raising $28 billion from a new tax on cryptocurrency brokers.

It’s unclear when the bill is expected to receive a vote on the Senate floor, but Majority Leader Chuck Schumer (D-NY) said that it could be approved later this week. “Given how bipartisan the bill is and how much work has already been put in to get the details right, I believe the Senate can quickly process relevant amendments and pass this bill in a matter of days,” Schumer said on Sunday. The text of the bill could still change as a result of amendments accepted on the floor.

Still, House Speaker Nancy Pelosi (D-CA) has pledged not to bring the bipartisan package to the floor until the Senate votes on a second $3.5 trillion spending package through the reconciliation process, likely to proceed on party lines.