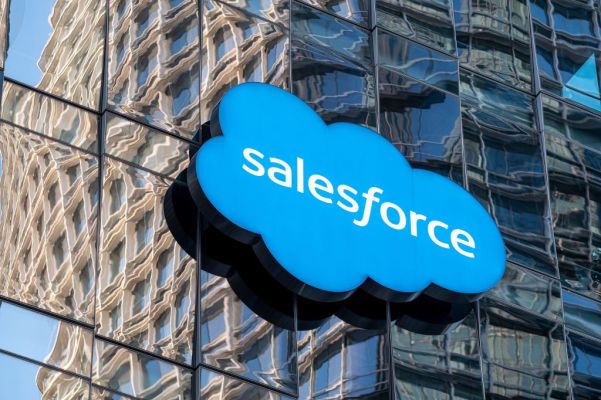 Over the last couple of years, Robotic Process Automation or RPA has been red hot with tons of investor activity and M&A from companies like SAP, IBM and ServiceNow. UIPath had a major IPO in April and has a market cap over $30 billion. I wondered when Salesforce would get involved and today the company dipped its toe into the RPA pool, announcing its intent to buy German RPA company Servicetrace.

Salesforce intends to make Servicetrace part of Mulesoft, the company it bought in 2018 for $6.5 billion. The companies aren’t divulging the purchase price, suggesting it’s a much smaller deal. When Servicetrace is in the fold, it should fit in well with Mulesoft’s API integration, helping to add an automation layer to Mulesoft’s tool kit.

“With the addition of Servicetrace, MuleSoft will be able to deliver a leading unified integration, API management, and RPA platform, which will further enrich the Salesforce Customer 360 — empowering organizations to deliver connected experiences from anywhere. The new RPA capabilities will enhance Salesforce’s Einstein Automate solution, enabling end-to-end workflow automation across any system for Service, Sales, Industries, and more,” Mulesoft CEO Brent Hayward wrote in a blog post announcing the deal.

While Einstein, Salesforce’s artificial intelligence layer, gives companies with more modern tooling the ability to automate certain tasks, RPA is suited to more legacy operations, and this acquisition could be another step in helping Salesforce bridge the gap between older on-prem tools and more modern cloud software.

Brent Leary, founder and principal analyst at CRM Essentials says that it brings another dimension to Salesforce’s digital transformation tools. “It didn’t take Salesforce long to move to the next acquisition after closing their biggest purchase with Slack. But automation of processes and workflows fueled by realtime data coming from a growing variety sources is becoming a key to finding success with digital transformation. And this adds a critical piece to that puzzle for Salesforce/MulseSoft,” he said.

While it feels like Salesforce is joining the market late, in an investor survey we published in May Laela Sturdy, general partner at CapitalG told us that we are just skimming the surface so far when it comes to RPA’s potential.

“We’re a long way from needing to think about the space maturing. In fact, RPA adoption is still in its early infancy when you consider its immense potential. Most companies are only now just beginning to explore the numerous use cases that exist across industries. The more enterprises dip their toes into RPA, the more use cases they envision,” Sturdy responded in the survey.

Servicetrace was founded in 2004, long before the notion of RPA even existed. Neither Crunchbase nor Pitchbook shows any money raised, but the website suggests a mature company with a rich product set. Customers include Fujitsu, Siemens, Merck and Deutsche Telekom.