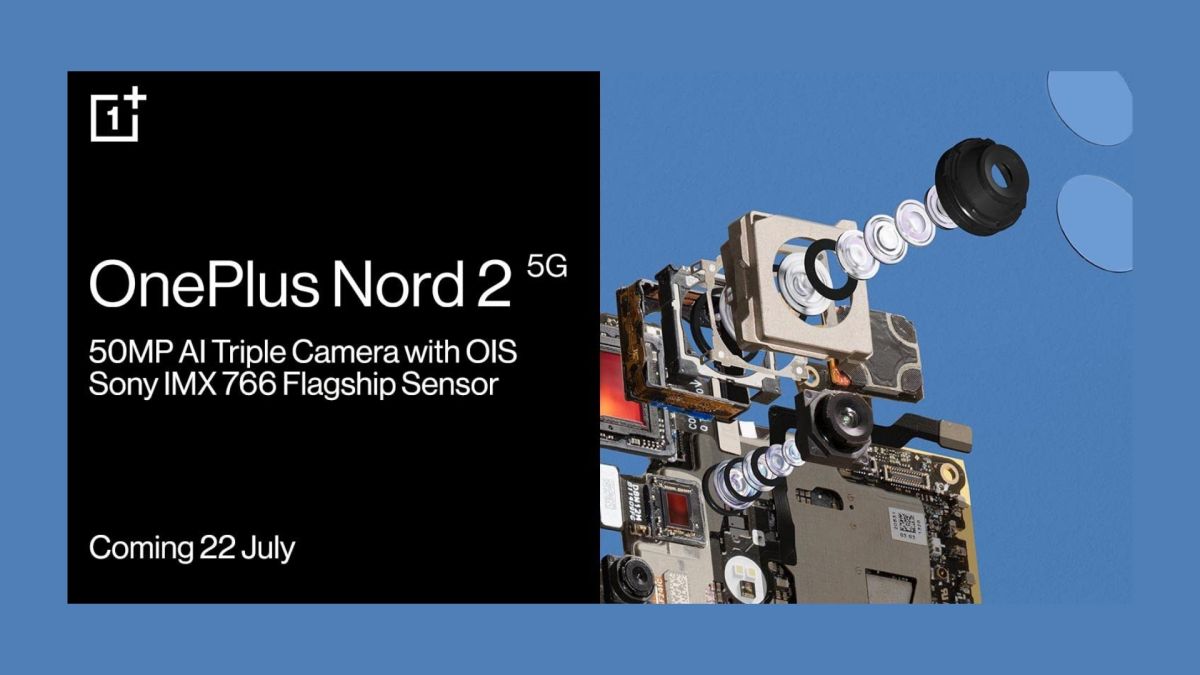 With the OnePlus Nord 2 unveiling only a week away now, the company is going all out in trying to garner as much interest as possible by revealing details about the upcoming mid-ranger. It looks like the Nord 2 is set for a significant camera upgrade — which is a rare occurrence for OnePlus.

The OnePlus Nord 2 will be the brand’s next smartphone in the Rs 30,000-Rs 35,000 segment, Launching on July 22, we already know that it will be powered by a tweaked MediaTek Dimensity 1200 chipset, have a 90Hz AMOLED screen and run on the new Oxygen OS that is based on the Color OS codebase for better stability and quicker updates.

The next revelation might be the most exciting one yet, as the OnePlus Nord 2 is said to come with a custom 50MP image sensor, the Sony IMX766. The same sensor is seen on the ultra-wide lens of the OnePlus 9 and 9 Pro, and on the primary camera of the Oppo Find X3 Pro — all of which were great performers. It is a large 1/1.56-inch sensor that has a native pixel size of 1µm, and go up to 2µm with pixel-binning.

Of course, it remains to be seen if these hardware upgrades will translate into better results, as photography has historically been a weak point for OnePlus. There’s no official information about the other cameras on the OnePlus Nord 2, but we expect them to be an 8MP ultra-wide lens and a 2MP auxiliary sensor for depth information or monochrome shooting. The selfie camera is expected to have a resolution of 32MP.

With this development, there’s not much left to know about the OnePlus Nord 2. The only key aspect that is unknown is the charging spec: will the Nord 2 make the jump to 65W fast charging like its flagship siblings, or stick to 30W Warp Charge?