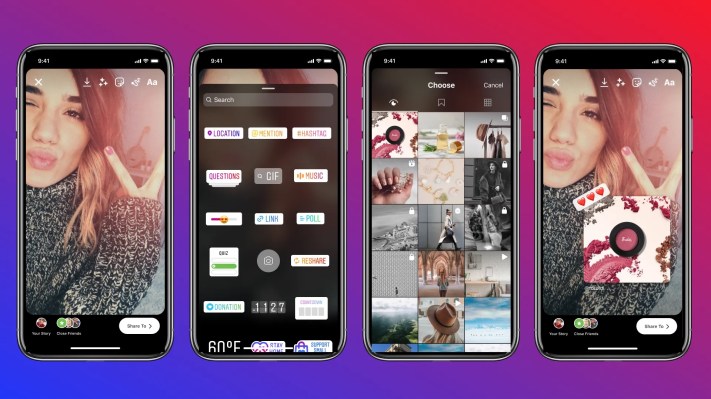 The test, which will only appear for a subset of users, lets users see a collection of content they’ve viewed recently when they’re in the Stories section of the app. That content will be collected under a new reshare sticker, which can be found in the sticker tray when creating a Story. Posts and Reels viewed in the last hour will appear here along with recently created posts.

“We know that people sometimes find reshared content less engaging, personal, and fun,” an Instagram spokesperson said of the test. “We hope that with this new test experience, people are encouraged to be more intentional and deliberate when sharing things that matter to them.”

Content reshared through the sticker will appear against the backdrop of an existing Story, which could encourage more personalization. As it stands now, when users add a post of Reel to their Story, that content generally stands alone against a plain background. The new reshare Sticker adds a new way for people to contextualize content they’re resharing and makes those posts feel a bit less static (think retweets with comment rather than straight up retweeting a stranger into your feed).

The test isn’t guaranteed to make it into the full app, but Instagram will use feedback from the new reshare feature to see if it ups the quality of reshared posts. By letting people review what the’ve seen after the fact rather than just sharing on the fly, the feature could also encourage users to reshare more through their Stories — or at least reshare more thoughtfully.

Instagram tests new features all the time. And while test features don’t always make it into the final product, they do give an indication of what the company is thinking about when it comes to reshaping the app — and the behavior of the more than one billion people who use it on a regular basis.

Other recent Instagram tests have toyed with the idea of hiding Like counts and experimented with mixing algorithmic recommendations into the app’s main feed.