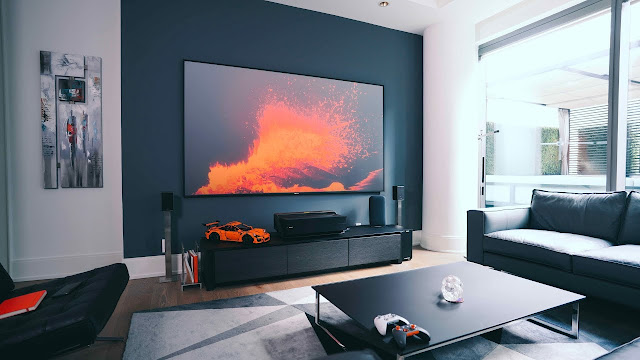 If you’re hesitating between several TVs and are having trouble deciphering their technical data sheets, we can help you choose the right TV set that suits your needs. Here you will find all the important criteria when buying a new TV set.

Buying a TV is no easy task. There are many criteria to help you make the best possible choice, starting of course with the maximum price you are prepared to pay. If this is your personal criteria, we can help you to better understand what is behind all the technical details, so that you can make the right choice. We explain everything in detail in the following lines!

What’s the difference between 4K and 4K Ultra HD? 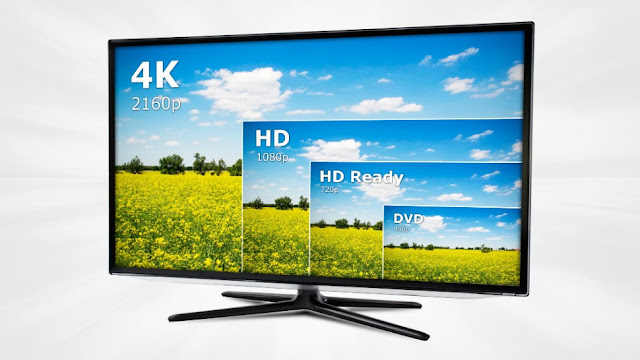 Related
How To Install Kodi On Windows: Full Guide [2022]
At the moment, much of the content we can consume, especially on TV, is in Full HD or even lower definition. However, more and more 4K content is being offered, not only on certain channels, but also on third-party services such as Netflix, OCS Max, Amazon Prime Video, and so on. Such fine picture quality can also be found on 4K Blu-ray (normal Blu-ray being in Full HD), as well as on game consoles.
Unless you opt for a very small screen size, where the difference will be less noticeable, it’s therefore advisable to go for a 4K UHD panel today, which will allow you to enjoy the best quality on all available content, especially since good quality 4K displays are now available at a very affordable price.

While 4K and 8K content may not be widely available, TV sets generally offer upscaling. This is software processing that can simulate a 4K or 8K picture from a lower resolution picture. The result is never as convincing as content that is natively offered in 4K or 8K, but some get good rendering.
Each brand has its own engine to optimize the rendering. Some of the best ones are Philips’ P5 or Sony’s X-Reality PRO (or X1 Ultimate for 8K). Samsung (with its AI-inflated Quantum Processor) and LG with its alpha 9 processor also put a lot of emphasis on their performance at this level.

Which screen diagonal to choose?

Then comes a size criterion: which screen diagonal should you choose?
At the moment, the most common sizes are 43 inches (109 cm), 50 inches (127 cm), 55 inches (140 cm), 65 inches (165 cm) and now even 75 inches (190 cm) and 85 inches (216 cm). The formats 55″ and 65″ remain the most popular today. This detail is not insignificant, as mass production allows manufacturers to lower their production costs and it is not uncommon to see a 55-inch model offered at a better price than its smaller counterpart. 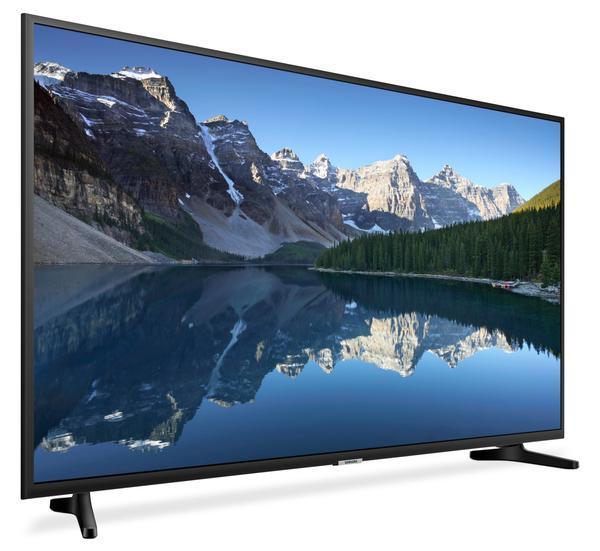 So the first thing to consider is how much space you have to store your screen. If it’s cramped, remember to make sure you take the right measurements and leave a little room to allow you access to the connectors.
Now there is the question of hindsight. The adage says that you need to allow 2 to 3 times the diagonal of the screen to avoid eye fatigue and not discern the pixels of the image. This measure depends on several elements, starting with the definition and the technology used (cathode ray tubes, LCD…). Today, these restrictions are much less than they were then and Sony recommends, for example, multiplying the diagonal of the screen by 1.6 to have an approximation of the ideal viewing distance on a Full HD screen.
In reality, these calculations are approximations based on the viewing angle of the human eye. If the vision extends over approximately 120°, the perfect assimilation of colours takes place in an angle of 60° in front of us. However, the contents are rarely designed for us to assimilate the entire screen and tend to direct the gaze to a particular point. We therefore generally take as a basis the recommendations of the SMPTE (Society of Motion Picture and Television Engineers) or THX, which respectively recommend a viewing angle of 30° – for “normal” use and 40° – for a more immersive “cinema” use.
The result provided by Sony is more or less the same, since to know the ideal distance between the screen and the eye, the diagonal of the screen must be multiplied by 1.2 to 1.6. This gives for each screen size mentioned earlier:
Of course, these are theoretical calculations and not everyone will have the same preferences. Don’t force yourself to follow this rule to the letter if you find it uncomfortable.

What are the differences between OLED, QLED and LCD? 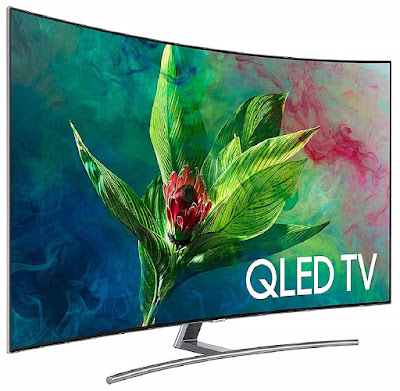 There are several screen technologies. Currently, the most common are LCD, OLED (not to be confused with the “LED” which is an LCD panel illuminated by LEDs) and Samsung’s QLED.
LCD is the basic technology today and is tending to disappear in favour of the other two, which bring more contrast to the image thanks to the possibility of managing lighting in a much more localised way and thus offering really deep blacks – or even absolute blacks on OLEDs. OLED and QLED displays also cover a wider colour spectrum, which promises a more accurate display.
On the LCD, however, two types of displays can be separated: those illuminated from the side (edge LED) or those illuminated from behind (direct LED). The latter are thicker, but the lighting areas are better managed, which results in better contrast and avoids light leakage at the edges of the image.
The LCD is therefore clearly a thing of the past and those who want the best of today’s technology will
have to switch to OLED or QLED instead. OLEDs offer better contrast, better viewing angles, a generally lower response time and are thinner and less power-hungry. The QLED, on the other hand, is – somewhat – more affordable and brighter.
However, the differences between OLED and QLED are tending to narrow. On the one hand the OLED becomes brighter, while the price of the QLED increases with its contrast. The two formats should therefore end up cohabiting with more or less the same characteristics.

What are the differences between HDR, HDR10+, Dolby Vision…?

Today, most TV sets are “HDR”. This means that they are compatible with High Dynamic Range technology for a more detailed final rendering, especially in very bright and very dark areas. However, there are several HDR technologies: HDR10, HDR10+, HLG and Dolby Vision. However, not all TVs are compatible with all of these technologies, nor are the different sources that will power your screen.
Today, two standards are really opposed: HDR10/HDR10+ and Dolby Vision. Netflix supports both HDR10 and Dolby Vision for example (usually one or the other, depending on the program), while Amazon Prime Video offers HDR10+ and Dolby Vision. If many manufacturers were to choose one or the other, the plurality of the offering is beginning to push them to adopt both jointly on their products.
So if you’re going for a high-end TV, it’s a good idea to check if it’s compatible with both standards.

Samsung, LG and Panasonic all three offer their own operating system on their TVs: Tizen for the first, WebOS for the second and My HomeScreen for the third. The others (Philips, Sony, TCL…) generally embed Android TV. At this level, there are several schools depending on preferences. 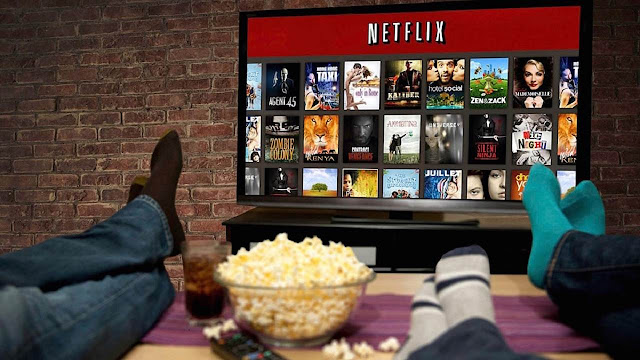 If you are already a user of the Google ecosystem, including an Android phone and a Google Home, opting for an Android TV could facilitate home automation management. “OK Google, turn down the living room lights and turn on the TV” could become your favourite voice command. Now, most of the benefits of Android TV – including the Google Play Store for finding many applications – can be found by adding an external box.
Besides, Tizen OS is an excellent interface, very fluid, easy to access, and rather complete. It can be a great alternative, especially with an Android TV box. Web OS and My HomeScreen are less homogeneous and present some small frustrations, whether in terms of readability or ergonomics. If you mainly use external sources (consoles, boxes, etc.), it will still do the job.

The importance of connectivity

Today’s television set is no longer simply used to display TV channels. More or less recent game consoles, boxes, whether they are dedicated to television or multimedia content on-demand, Blu-ray players, etc., are connected to it. You may therefore have very specific needs in terms of connectivity. 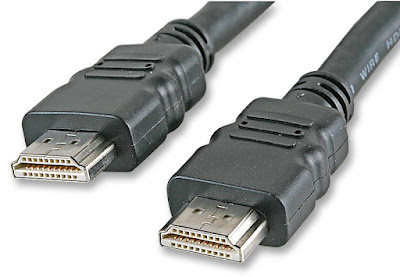 On recent TVs, there is usually an Ethernet port, HDMI ports, optical audio output, etc. It’s mainly on the number of HDMI inputs that the difference really comes down to and those who have several devices to connect may sometimes find themselves limited, especially on most designer devices, which sometimes decide to reduce the number of connections due to technical and aesthetic constraints. Still others, such as Samsung’s The Frame, have chosen to put all the connectors in a separate box. A solution that allows us to keep a minimalist design at the screen level and to benefit from complete connectivity that can be camouflaged in a piece of furniture.
Note that to enjoy 4K content at 60 fps, you need at least HDMI 2.0standard, and HDMI 2.1 to transport an 8K stream or to take advantage of all the features that the PlayStation 5 or Xbox Series X can offer.
Fortunately, if the display of your dreams doesn’t have enough HDMI ports, you can always purchase an HDMI switch.

2 thoughts on “How to choose the right TV set?”