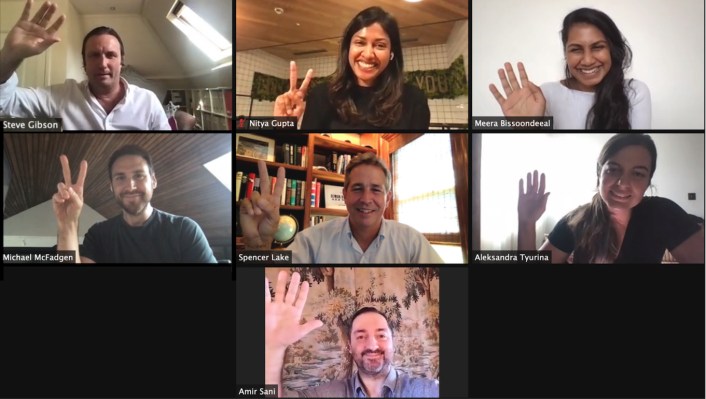 With the rise of Open Banking, Psd2 Regulation, InsurTech, and the whole, general Fintech boom, tech investors have realized that there is an increasing place for dedicated funds which double down on this ongoing movement. When you look at the rise of banking-as-a-service offerings, payments platforms, insurtech, asset management, and infrastructure providers, you realize that there is a pretty huge revolution going on.

European fintech companies have raised $12.3bn in 2021 according to Dealroom, but the market is still wide-open for a great deal more funding for B2B fintech startups.

So it’s little surprise that B2B fintech-focused Element Ventures, has announced a $130 million fund to double-down on this new FinTech enterprise trend.

Founded by financial services veterans Steve Gibson and Michael McFadgen, and joined by Spencer Lake (HSBC’s former Vice Chairman of Global Banking and Markets) Element is backed by finance-oriented LPs and some 30 founders and executives from the sector.

Element says it will focus on what it calls a “high conviction investment strategy,” which will mean investing in only around 15 companies a year, but, it says, providing a “high level of support” to its portfolio.

Speaking to me over a call McFadgen, Partner at Element Ventures, said: “Steven and I have been investing in B2B FinTech together for quite a long time. In 2018 we had the opportunity to start element and Spencer came on boar in 2019. So Element as an independent venture firm is really a continuation of a strategy we’ve been involved in for a long time.”

Gibson added: “We are quite convinced by the European movement and the breakthrough these Fintech and insure tech firms in Europe are having. Insurance has been a desert for innovation and that is changing. And you can see that we’re sort of trying to build a network around companies that have those breakthrough moments and provide not just capital but all the other things we think are part of the story. Building the company from A to C and D is the area that we try and roll our sleeves up and help these firms.”

Element says it will also be investing in the US and Asia.