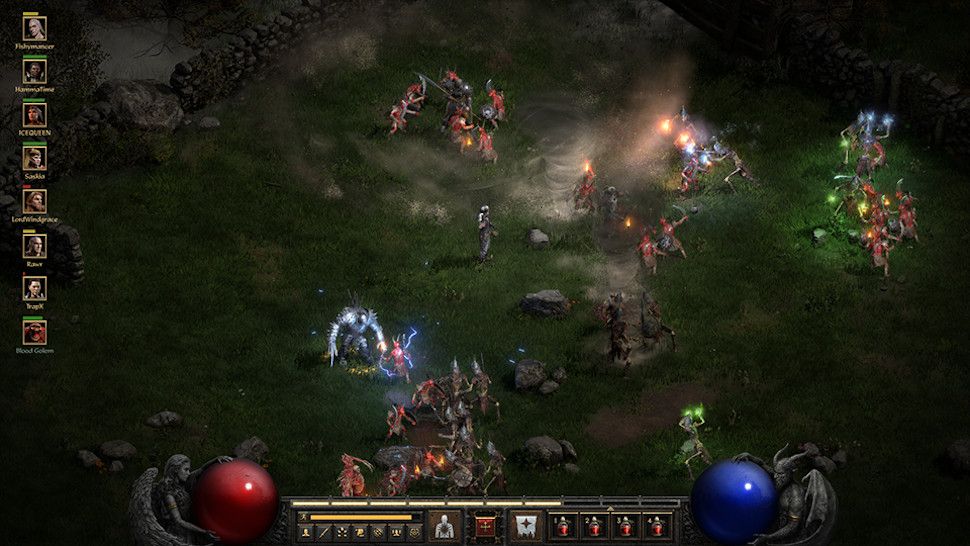 Good news for those looking to head back to the deadly dungeons of Diablo 2: Resurrected, Blizzard’s remake of its classic action RPG – following a technical alpha test, the developer has spotted and made some well-considered improvements to the game ahead of its full release.

Based on player feedback collected from a technical alpha test back in April, the company has outlined a number of elements that will play differently in the upcoming beta test and final version of the game.

The first raft of tweaks are visual. Spell effects have been altered to make them more readable in-game, particularly the Lightning and Blizzard attacks, and Paladin’s Holy Freeze. Some armors, weapons and potions have had their colors changed too to make them clearer.

A bigger change is an expansion of the shared loot stash that players can horde loot in across each of their characters.

“When it comes to a player’s personal storage chest, we understand it’s serious business,” says Blizzard. “This change will enable players to better organize their loot across three tabs (100 slots each) of storage space and store many more items.”

Other smaller changes include the ability to toggle item names and comparison tooltips, a more readable automap, and improved load times.

Oh, and if you were unlucky enough to load right into the heat of a battle, fear not – Blizzard has tweaked the game so as to ensure you won’t find yourself immediately surrounded by a mob of ghoulish beasts as soon as you spawn.

Those who have pre-ordered Diablo 2: Resurrected will get another chance to play the game ahead of its full 23 September 2021 release date, with a beta testing phase opening in August for PC, Xbox and PlayStation gamers. Nintendo Switch fans however will have to wait until release to play.

Our time with the technical alpha of Diablo 2: Resurrected showed great promise for the game, proving to be a faithful remake with enough modernized tweaks and improvements to lure back old and new fans alike. However, more than anything, it left us wanting to get our hands on Diablo 4, the next full sequel for the series, which as yet does not have a release date.