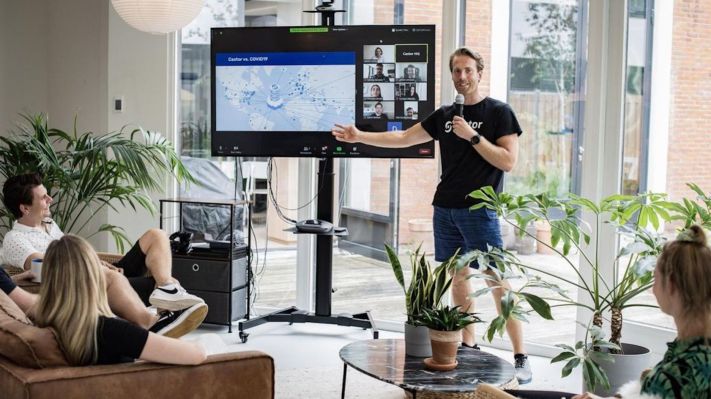 Castor is on a mission to make every clinical trial faster and patient-focused. The clinical trial software company announced Wednesday it raised $45 million in Series B funding to continue modernizing the process as the industry shifts to decentralized clinical trials.

Eight Roads Ventures and F-Prime Capital co-led the round and were joined by existing investors Two Sigma Ventures and Inkef Capital. The Series B brings Castor’s total funding to $65 million since it was founded in 2012.

Clinical trials are “stuck in a rut,” Derk Arts, M.D., co-founder and CEO of Castor told TechCrunch. Currently, they take a long time to set up and don’t involve continuous data monitoring.

They also require patient participants to travel to a research site that could be hours away from their home. As a result, slow enrollment accounts for nearly 40% of terminated trials, and an inconvenient process inhibits researchers from attracting a diverse group of patients, he said.

Castor, which is remote first, but has offices in New York and Amsterdam, is one of several companies bringing technology to a process that is largely still done on paper. Its software provides a self-service version enabling researchers to design studies and integrate in-person and remote patient data from any source in real time. Patients interested in joining trials can enroll and share their data via a mobile app.

The global pandemic pushed innovation forward at an accelerated pace, and Castor responded in turn, making its software free for COVID-19 research.

It then saw an influx of users and new customers like the World Health Organization. WHO used Castor for its “Solidarity Trial,” which was identifying how existing medications might improve outcomes compared to standard of care alone. The study included over 10,000 patients across 553 sites in 30 countries, Arts said.

Michael Treskow, partner at Eight Roads Ventures, called Arts “a straight shooter” who knows the industry’s pain points and is bringing the clinical trials industry into the modern age.

“Technology is making a real impact,” Treskow added. “Castor is so driven to dramatically improve clinical trials, and with its work with WHO has a significant use case of how this is important. As we have seen with the rapid development of COVID vaccines, this is what the industry is able to do.”

The clinical trial market is valued at around $16 billion and is growing rapidly at 16% per year, Arts says. A market that big is also attracting companies that want to innovate it. He cites Science 37 and Medable, which recently pulled in a $78 million extension to its $91 million Series C.

The Series B enables Castor to have teams in place to respond to the fast-growing industry. Last year, the company nearly tripled in revenue growth and is on course to do the same in 2021. Castor has 150 employees currently and expects to hit 200 by the end of the year.

Arts, who has a background in software programming and in medicine, said the new funds will go toward continued product development, interoperability and collecting real-world evidence from decentralized trials. The company is focusing on the United States for now, but sees potential in moving into the Asia region later this year.

“Patients deserve to have an amazing service, and it is up to us to deliver on that,” he said.