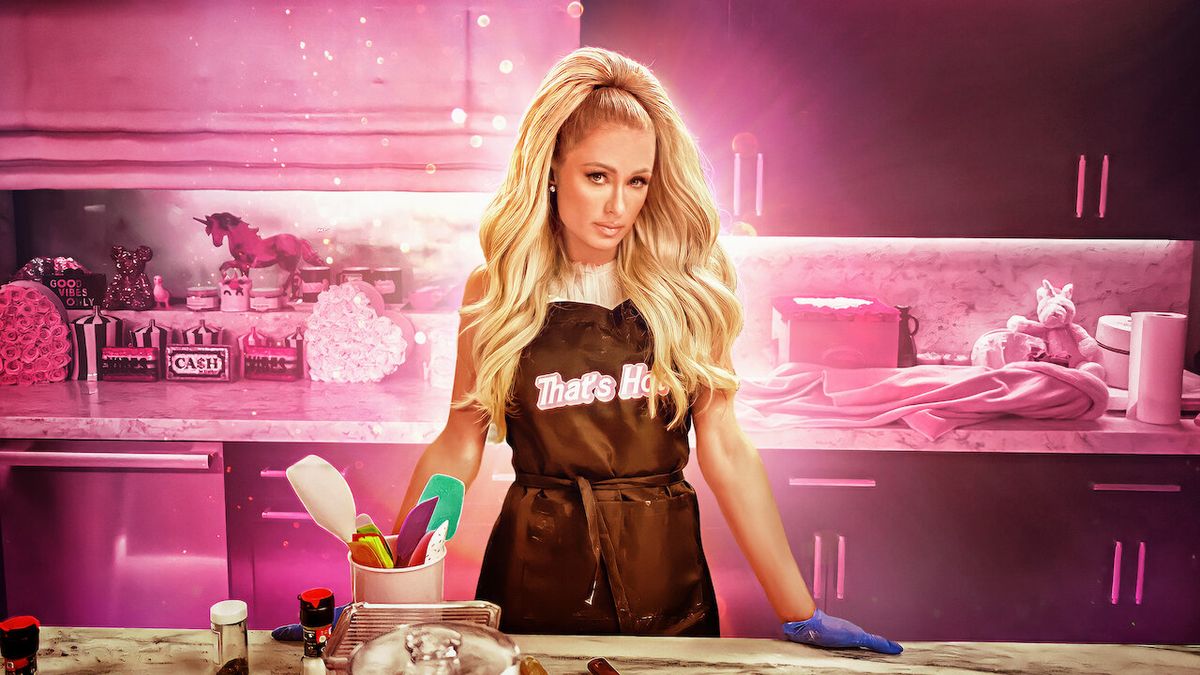 With many Australians forced to stay at home right now due to Covid-related lockdowns, now is the perfect time to catch up on the best new TV shows and movies that are currently available across the country’s various streaming services.

Staying indoors doesn’t have to be boring – there’s a literal world of content available at your fingertips via the likes of Netflix, Disney Plus, Binge, Amazon Prime Video, Stan and Apple TV Plus.

In an effort to rid you of your lockdown blues, we’ve put together the following guide on which shows and movies to watch while you remain inside during this ongoing pandemic.

To make it even easier for you, we’ve broken up the guide by streaming service, allowing you to jump straight to whichever platform you’re currently subscribed to by clicking one of the options above. That said, we encourage you to check out the whole list, as it might inspire you to sign up to a service you haven’t tried yet.

Guaranteed to turn that lockdown frown upside down, Cooking With Paris sees the incomparable Paris Hilton share her enthusiasm for food preparation with the world, even if she is about as far from a master chef as you can get. What makes the show so compelling (and hilarious) is that it’s hard to tell how much of her cluelessness is an act.

The World’s Most Amazing Vacation Rentals

Missing travel right now? The Netflix Original series, The World’s Most Amazing Vacation Rentals, just might be the perfect show to tide you over until life starts to resemble something close to normal again. Watch as the show’s three beautiful and charismatic hosts visit the world’s most stunning and unique vacation rental properties.

Horror fans will surely appreciate Netflix’s latest experiment – a film trilogy event where one overarching horror story unfolds over a period of 300 hundred years. Each film in the slasher-styled trilogy focuses on a different period. Fans of scary classics like Scream, Friday the 13th and The Witch will be right at home here.

From executive producers Susan Downey and Robert Downey Jr. comes Sweet Tooth, a new Netflix series based on a DC comic (yes, you read that right – Iron Man is pushing DC material now). The series is an utterly charming post-apocalyptic fairytale that sees a hybrid deer-boy team up with a wandering loner on an a terrific adventure. A wonderful coming of age story, Sweet Tooth is a great antidote to lockdown cabin fever.

Disney knocked it out of the park with The Mandalorian, its first Star Wars live action series. The show follows a Boba Fett-style bounty hunter as he takes on jobs around the galaxy while also protecting a very special and adorable child from those who want to exploit his connection to The Force. Sporting blockbuster production values that are indistinguishable from the main saga’s movies, The Mandalorian alone is worth the price of a Disney Plus subscription.

Marvel Studios’ first television series is very different to anything the MCU has produced to date, in that it really doubles down on its episode TV format by having its story play out in the guise of a family sitcom in several different eras. Wanda Maximoff (Elizabeth Olsen) and Vision (Paul Bettany) seem to be living in a state of suburban marital bliss, but is this all part of some grand delusion?

The Falcon and the Winter Soldier

Following the success of WandaVision, Marvel Studios took a sharp left turn with The Falcon and the Winter Soldier – a series that gets its more grown-up political thriller tone from the last two Captain America movies. Sam (Anthony Mackie) and Bucky (Sebastian Stan) must team up to take down the Flag Smashers, a rebel group who don’t mind killing innocent people for their cause. Unfortunately, they’ll also have to contend with John Walker (Wyatt Russell), the man who took on the role of Captain America after Sam turned it down.

Arguably the best Marvel Studios television to date, Loki sees Tom Hiddleston return as the titular god of mischief, only to immediately be taken prisoner by the Time Variance Authority, an organisation which resides outside of traditional time and space in order to police and protect the ‘sacred timeline’ from variants whose existence threatens the entire multiverse.

The World According to Jeff Goldblum

A joyful antidote to our current lockdown situation, The World According to Jeff Goldblum sees the Jurassic Park and Independence Day star take on a quest of discovery as he throws himself into a variety of subjects and hobbies in order to learn more about them. Watch as Goldblum oohs, ahhs and purrs through a new topic in each episode, such as coffee, sneakers, cosmetics, barbecue and more!

In this Pennsylvania-set mystery series, a local detective (played by Kate Winslet) must solve the murder of a local teenager while attempting to keep her own life together following the recent death of her son. Fans of shows like The Killing, Broadchurch, The Fall and Sharp Objects will undoubtedly lap Mare of Easttown up.

It took years to see the light of day, but after a fervent social media campaign from passionate DC fans, Zack Snyder’s original vision for his Justice League movie is now available for everyone to witness in all its glory. With a runtime of over 4 hours, Zack Snyder’s Justice League completely washes away any memory of the hodgepodge theatrical version, finally delivering a film worthy of these epic characters. Also available to watch on Binge is Snyder’s preferred ‘Justice is Gray‘ version, which presents the film in striking monochrome.

Picking up eight years after the orginal Gossip Girl website went offline, this new reboot/sequel series sees the scandalous blog return to uncover the darkest secrets of a new generation of elite private school kids. You can expect just as much juicy drama as the original series.

The Man of Steel finally gets his own series within The CW’s ArrowVerse, in which Superman (Tyler Hoechlin) and Lois Lane (Elizabeth Tulloch) return to Clark’s hometown of Smallville in order to raise their teenage sons. Of course, things become complicated when one of their boys’ Kryptonian powers kick in. As much as we love Henry Cavill, we’re inclined to say that Tyler Hoechlin’s version of Superman manages to channel the heroic spirit and charm of the character in a more accurate manner.

From Robert Kirkman, creator of The Walking Dead, comes Invincible – one of the best superhero shows to date. The series follows Mark Grayson, a teenager who changes drastically when he inherits the powers of his father Omni-Man (JK Simmons), otherwise known as the most powerful superhero in the world. Don’t be fooled by its Saturday-morning cartoon aesthetic – this show is incredibly violent and is not afraid to venture into some seriously dark territory.

Arguably the biggest Amazon Original movie to date, The Tomorrow War is a blockbuster science fiction film that sees regular people transported 30 years into the future in order to fight off an alien invasion. Chris Pratt (Guardians of the Galaxy) plays a father who’s drafted into the future war, and now it’s up to him to figure out a way to prevent the war from ever happening in the first place.

Like Invincible, The Boys is another superhero series that’s aimed strictly at adults. Set in a world where superheroes are mostly extreme narcissists who value fame and corporate sponsorships over humanity, The Boys sees a group of vigilantes come together to take down The Seven, a Justice League-style superhero team led by Homelander (Antony Starr), an unstoppable sociopathic monster who doesn’t think twice about killing innocent people. Also stars Karl Urban and Jack Quaid.

The Grand Tour’s Jeremy Clarkson trades his usual sports cars for a tractor in Clarkson’s Farm, a show in which the famous host decides to own and manage a farm with hilarious results. Expect to see an entirely different side of the man in this eight-part Amazon Original series.

Based on horrifying true events, Dr. Death tells the story of Dr. Christopher Duntsch (Joshua Jackson), a surgeon who seemingly went out of his way to maim and kill patients during routine procedures. The show gives us a look at the great lengths two fellow doctors (Christian Slater and Alec Baldwin) and a young district attorney (Grace Gummer) went to in order to stop him.

One of the best shows currently on television, Yellowstone is an epic modern Western that plays like The Godfather set in Montana. It follows the Dutton ranching family, whose patriarch John (Kevin Costner) is responsible for an enormous ranch in Montana and will do anything to protect it from those who wish to take it – even kill those who get in his way. From creator Taylor Sheridan (Sicario, Wind River), Yellowstone is the perfect show to binge through during lockdown – especially with its fourth season on the way.

Four Weddings and a Funeral

Updated and refreshed for a millennial audience, Four Weddings and a Funeral returns with a brand-new television adaptation from creator Mindy Kaling and starring Nathalie Emmanuelle (Game of Thrones). She plays Maya, a young American professional who travels to London to meet with old friends, only to meet her soulmate at the airport. Unfortunately, the group’s interpersonal crises are standing in the way of their happiness.

From the creators of Unbreakable Kimmy Schmidt and 30 Rock comes Girls5eva, a hilarious new series about a one-hit girl group from the ’90s that gets thrown back into the spotlight when one of their songs is sampled by a famous rapper. Now, it’s time for a comeback, but can they juggle fame and their familial responsibilities?

In these rather dour times of lockdown, Apple’s comedy series Ted Lasso is guaranteed to warm to your heart. Jason Sudeikis is the titular character, a folksy American college gridiron coach who’s recruited by a struggling soccer team in the English Premier League, despite a complete lack of experience. While the odds are stacked against him, Ted’s unbridled optimism soon begins to rub off on everyone around him. We urge you to watch Ted Lasso, as it is an absolute joy of a show that will surely bring you out of your lockdown funk.

A show that takes place in an alternate history, For All Mankind asks what our world would be like if Russian cosmonauts had beaten NASA to the moon. A strange concept, sure, but the way this premise unfolds is truly surprising. Though the first season takes place in the 1960s, season 2 jumps forward in time to the 1980s to examine how Cold War tensions have carried over to space.

A darker show than its GLOW-esque trailer may let on, Physical follows Sheila (Rose Byrne), a housewife suffering from body dysmorphia, who keeps her twisted inner monologue hidden from those around her. That includes her idiot husband (Rory Scovel), who decides to run for office when he loses his teaching job. Though Sheila is barely keeping her inner turmoil contained, her outlook begins to change when she discovers aerobics at her local mall, giving her a sense of power she never had before.

In this hilarious series, we follow the inner workings of a game company as it prepares to launch the latest expansion of its hit MMO, Mythic Quest. Of course, the launch is hampered by an indecisive leader (Rob McElhenney), leading to the game’s most gruelling battles taking place within the game studio itself. Similar in tone to Silicon Valley, Mythic Quest is a light and entertaining show that pokes fun at the world of game development and marketing.