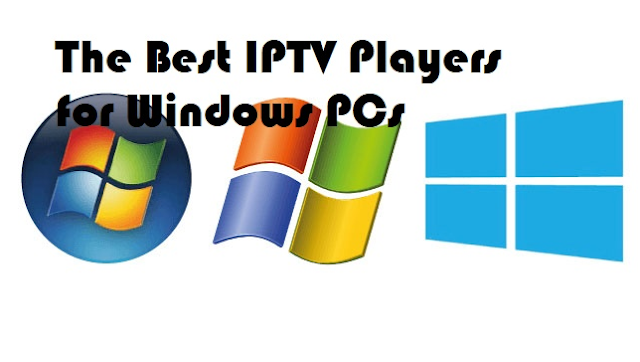 IPTV, or Internet Protocol Television , is a television service over the Internet used by some companies to broadcast their TV channels .

Find out more: All You Need To Know About The Internet Protocol TV

Even if you do not have contracted the service of an operator, you can access some of those free IPTV channels through the IPTV lists or “m3u lists”.

It’s easier than ever to watch on-demand TV and movies on your Android device. But what about live TV? You can use IPTV. All you need is an IPTV player and an IPTV source.

If you want to watch these channels from your computer, you will need an IPTV application that has support for m3u lists.

When we talk about multimedia players, surely one of the first that come to mind is VLC. This multimedia player is characterized by being totally free and open source for all users. In addition, it is capable of playing any type of content without the need to install any additional codec or program. VLC just works. 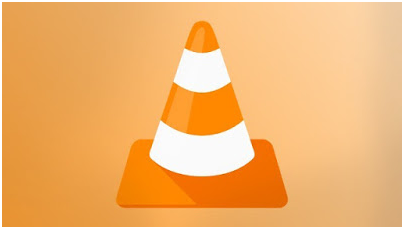 This multimedia player is capable of playing videos from the Internet through different protocols. And one of them is the IPTV protocol. To do this, all we have to do is open this player and go to the ” Media> Open network location ” section. We will introduce the URL of the channel that we want to reproduce and voila, this program will take care of everything.

If we have a playlist of IPTV channels we can also play it as one more playlist. Every time we select one of them, the channel will be played automatically.

Of course, an alternative for Windows 10 could not be missing from the Microsoft Store. Within the Windows store we can find many applications to play television over the Internet. However, one of the most interesting and that we liked the most has been MyIpTV Player .

MyIPTV is another best IPTV player available for Windows PC. It is an excellent media player containing an electronic program guide (EPG) for selecting and playing TV channels. Once the application is downloaded, just load the m3u playlist and start broadcasting the content immediately. MyIPTV has the ability to record and download content available through m3u playlists.

If we’ve ever been interested in IPTV we’ve surely heard of Kodi. This multimedia player is totally free and open source, and its great flexibility allows it to be adapted to any use. One of the most interesting uses of this application, and the most controversial, is the playback of IPTV content. 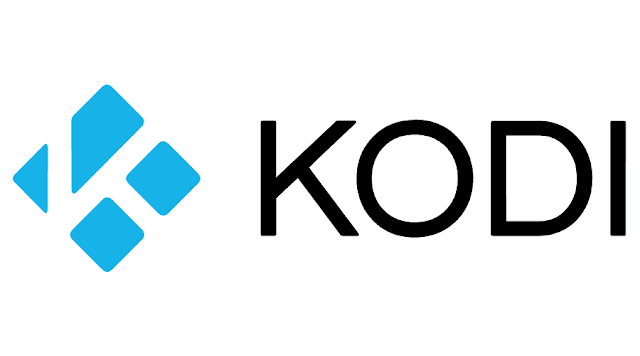 Kodi is more than a media player. It helps you both online and offline. After many difficulties, Kodi is now officially available in all stores. You can install Kodi directly from the Microsoft Store. To play live TV on Kodi, you need to enter the m3u playlist in the application. Kodi does not broadcast any content on its own. It broadcasts everything the user inputs.

Kodi does not come by default with any channel list or any channels. It is a simple multimedia player designed for each user to adapt it to their needs. It can be a bit fiddly to use at first, but as an Internet TV option it’s great.

Read also : How to add an Iptv m3u file to Kodi? A step-by-step guide

In the lineage of the VLC media player or Media Player Classic (Home Cinema), KMPlayer is a software for playing video files, music and images. This player is distinguished by the variety of formats supported and the large number of parameters available. 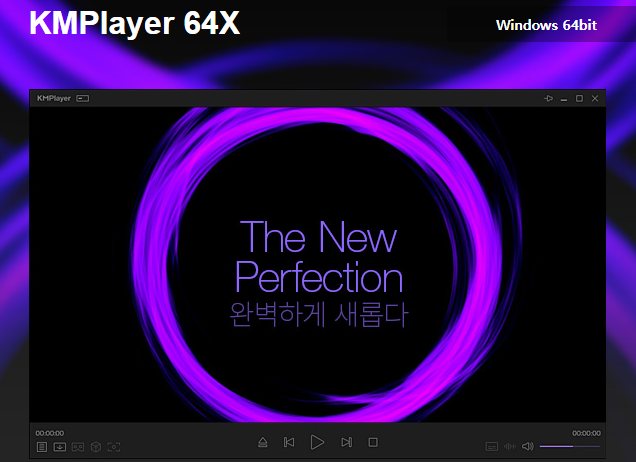 KMPlayer offers a library of integrated codecs supporting the playback of video files in Ultra High Definition, 3D and 360° augmented reality. Many formats are supported, including MKV, MPEG4 and many audio extensions.

The player provides many classic but essential features such as playlist management, on-the-fly adjustment of color or contrast levels and video capture. On this last point, the user is able to define the video and audio encoding method as well as the output format.

In addition, KMPlayer provides numerous menus and controls suitable for DVD or Blu-Ray playback. There is also enhanced subtitle management, allowing users to change the appearance and advanced features of subtitles in the manner of a VLC media player.

[Find out more about KMPlayer]

GOM Media Player, as its name suggests, is a program specially designed for playing multimedia files. GOM player is compatible with most of the best known and most used video and audio formats.

GOM Media Player can play a large number of audio and video file formats. It is very easy to use. Its intuitive and user-friendly graphical interface makes it very easy to get started. Shortcut keys are available to facilitate its handling. Image capture from a video is also included. Simply capture an image and paste it into an image editor, such as Paint.

Afterwards, it remains to save it in the desired format. The following formats are compatible for video: flv, mp4, mov, mpg, ts, avi, divx, asx, wmv, m4v, dat, ifo, vob, 3gp/3gp2, rm/rmvb, mkv and ogm. It is still possible to add other formats by downloading the related codecs. This option is also valid for audio.

ROX Player is designed to be as simple as possible for everyday use. Despite the simplicity of the user interface, ROX Player has enormous potential for playback of all modern media formats. 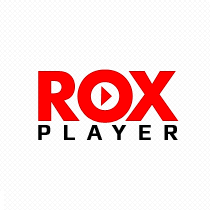 Forget about “obsolete codecs”, because our video player can play all your local media files. The automatic update will download all necessary video/audio codecs if your computer does not have any.

In addition, you will be impressed by the variety of protocols supported, including IPTV.

Going back to the official Windows 10 store, here we find another interesting suggestion of the same type. Its entry name already tells us everything: IPTV. Therefore, in this case we can say that we have a UWP solution that allows us to load our own IPTV lists. 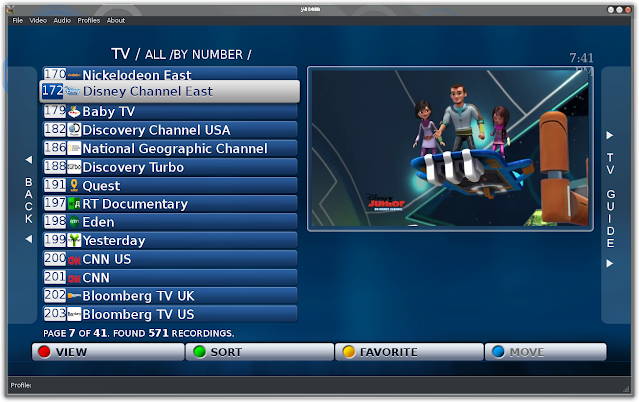 In addition and as expected, it presents us with everything we need to play these content via streaming on the PC. Its simplicity is based on the simplicity its user interface. To all this we can add the fact that it hardly consumes system resources or takes up disk space, which greatly helps to function correctly on older computers. In addition, since it is, as we say, a UWP, it integrates perfectly into the operating system itself , thus optimizing its correct operation.

This application provides to the customer internet protocol television (IPTV) from streaming live media sources which are distributed for free on the web. None of the sources is broadcasted by the developer who cannot guarantee their quality or availability.

— No advertisement and fullscreen features is available in IPTV+ only for 4.99$ and can be downloaded from the below link

Watch IPTV from your ISP or from other sources on phones, tablets, set-top box or TV!  And all this is with centralized control via the website! 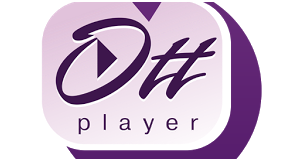 This software does not contain tv channels and is an instrument for easy viewing of iptv.

To use, first of all you will need a list of channels (m3u8 playlist). You can get it from any your convenient source (your ISP, Internet Service Provider IPTV).

1. You need to create an account on the site https://ottplayer.es;

2. Insert registration information in the application – login and password;

3. Download the playlist to the https://ottplayer.es (previously downloaded from your source);

4. Snap the device to a playlist.

See more: How to Install Iptv on OttPlayer?

An IPTV player that allows you to create and share playlists, view TV channels from around the world, record streams and play multimedia files 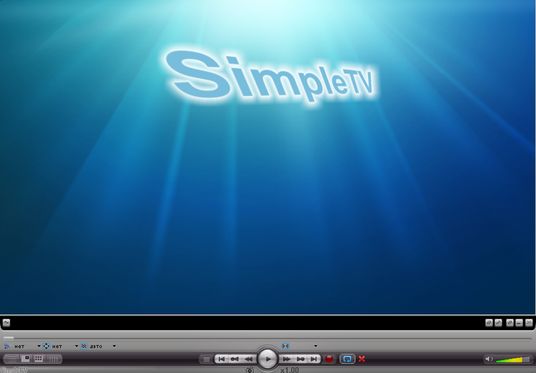 Watching TV channels on the computer is no longer a new habit to those who want to be entertained without depending on another device. There are numerous applications that can be used to stream such channels, and SimpleTV is one of them.

SimpleTV can be a nice application for those who want to stream and record online TV channels and radio stations while also providing users with the option to export their playlist and share it with friends. It does not burden the computer’s performance, the response time is quite good, and the interface is easy to handle.

ProgDVB / ProgTV is another innovative application that broadcasts digital TV channels and live radio channels. It’s a freeware / shareware application and you can use the maximum of it.

ProgDVB and ProgTV has a series of very interesting functions to enjoy an IPTV service directly on our PC . At the same time it allows us to view content in HD and we can tune in up to ten bands.&nbs

p;Similarly, it has support for a preview of teletext channels, content recording or radio. It is clear that for this we will have to load our own IPTV list , either locally or through the corresponding URL of the same.

It provides you with high-definition channels with picture-in-picture support. It also allows you to record live TV and radio streaming. You can install the application directly from the official website.

ProgDVB / ProgTV is an excellent video streaming player. It has a lot of features built in with it.

The above are the best IPTV players for Windows. The same operating procedure applies to all versions of Windows, such as Windows 10, Windows 7, Windows 8 / 8.1, Windows Vista and Windows XP.

By installing the best IPTV player for Windows, you can enjoy live TV and TV shows in HD quality without any background data.