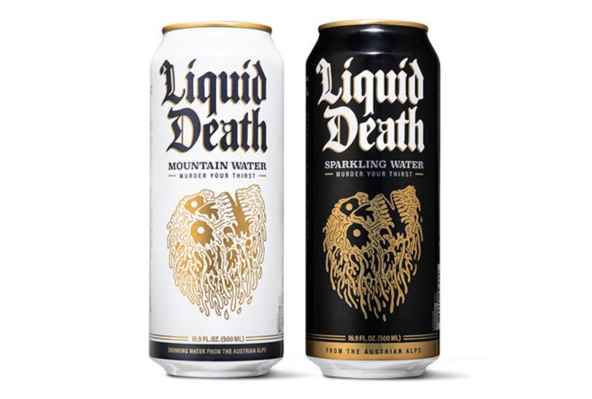 Liquid Death, a  four-year-old, L.A.-based canned mountain water startup that has steadily garnered market share and press coverage by promising, amusingly, to “murder your thirst,” just raised $15 million in Series C funding. The round brings the company’s total backing to date to $50 million.

The new financing — it follows a $23 million Series B round last fall — was seemingly about getting more strategic partners involved with the brand. Most meaningfully, Live Nation, the giant concert promoter, just became an equity investor and, as part of the deal, will only sell Liquid Death across its venues and festivals across the United States for a period of time.

That’s a big deal. Though Liquid Death has done pretty well on its own in terms of its distribution — it says its water is now carried in 16,000 locations throughout the U.S. including bars, tattoo parlors, cafes, local liquor stores and “big box” stores like Whole Foods, Walmart and 7-Eleven — Live Nation connects the brand with a massive and captive audience. Specifically, Live Nation says that in a typical (not COVID) year, it brings in 100 million fans to events across more than 120 Live Nation-owned-and-operated venues and festivals across the U.S. (Because Liquid Death comes in recyclable aluminum cans versus far-less recyclable plastic bottles, the tie-up is a good look for Live Nation, too.)

Liquid Death cofounder and CEO Mike Cessario, a former creative director and copywriter, declined yesterday to say how much Live Nation plans to charge for his products. But he did confirm that because the now 60-person company has “seen a ton of growth in retail and online in the past year,” it “didn’t need to raise a ton of cash right now.” In fact, he noted that as a “maturing” startup, Liquid Death now has “more access to favorable debt terms for working capital” should it go that route at some point.

Cessario says the new funding won’t be used to expand internationally — not yet. Though Liquid Death is available in Canada and receives “tons of requests on social for international expansion,” the company is “focused on conquering the U.S. and Canada for the time being,” he tells us. As for branching out into new products, he says the team is “exploring some ideas like limited-release flavors for later this year.”