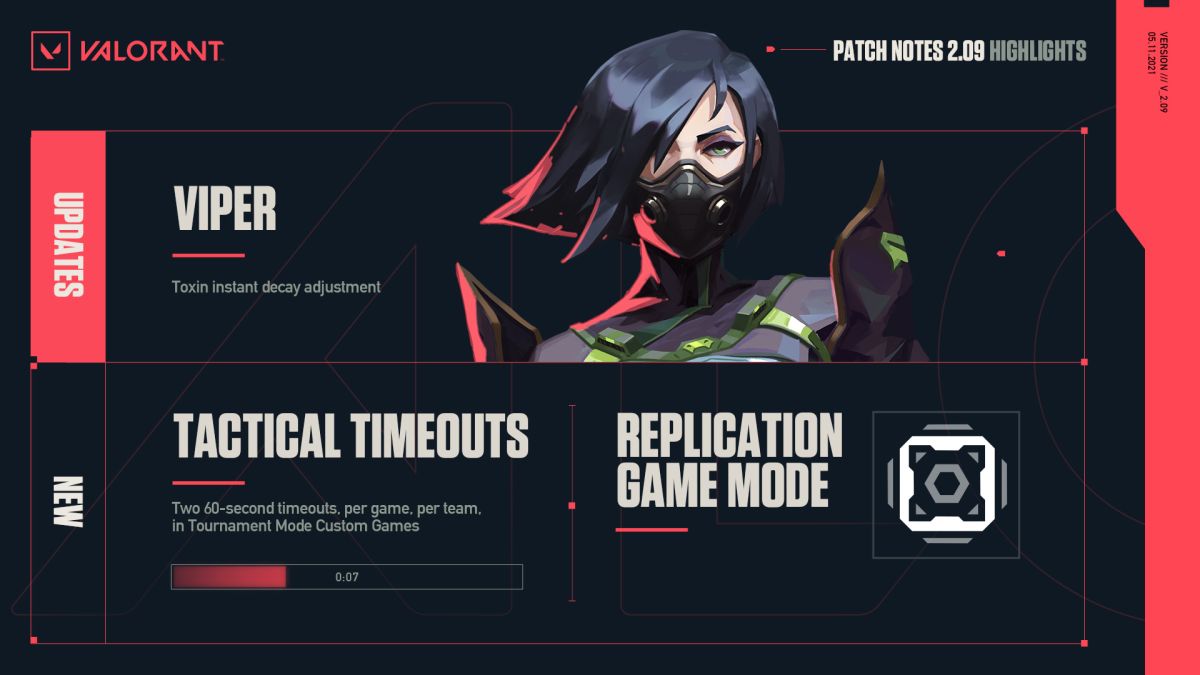 Valorant’s newest update 2.09 is now out which introduces a new Replication mode to the game. The new update also brings some changes to Viper along with changes to the Breeze map.

There’s also the addition of Technical timeouts which will allow teams to call for a break in the middle of a competitive match. Here’s a look at all the changes that have been mentioned in the patch notes.

Replication, which is the new game mode being added, is one where a single agent can be picked multiple times. It is a Best-of-nine Spike mode with 80-second rounds. It starts off with a 45-second pistol round, with 30-second subsequent rounds. All players on the same team play as the same Agent

Agent selection is decided in pre-match voting and abilities, minus ultimates, are refreshed each round along with weapons and shield. Replication is available for two weeks ending on May 25.

Viper is being balanced again, and this time with a nerf rather than a buff since her smoke had become too strong with a -50 debuff for enemies entering it. This has now been rescaled to -30 for the enemies entering the smoke.

As for the new map Breeze, blocked vision of the gaps above Mid-Wood Doors and A Metal Doors. Player collisions in various locations of the map have also been smoothed out. The Breeze-only queue will end and Breeze will enter the standard Unrated and Competitive queue.

Tactical timeouts have been added to Tournament Mode Custom Games, and two tactical timeouts can be called per game, per team. Tactical timeouts last 60 seconds and freeze all player movements for the duration of the timeout. For technical pauses, the standard Pause Match Timer option is still available. Besides these major updates, other bug fixes and general quality of life changes have also been added.

Disney Plus: how to sign up, movies, shows, Marvel shows and more explained Disney Plus UK