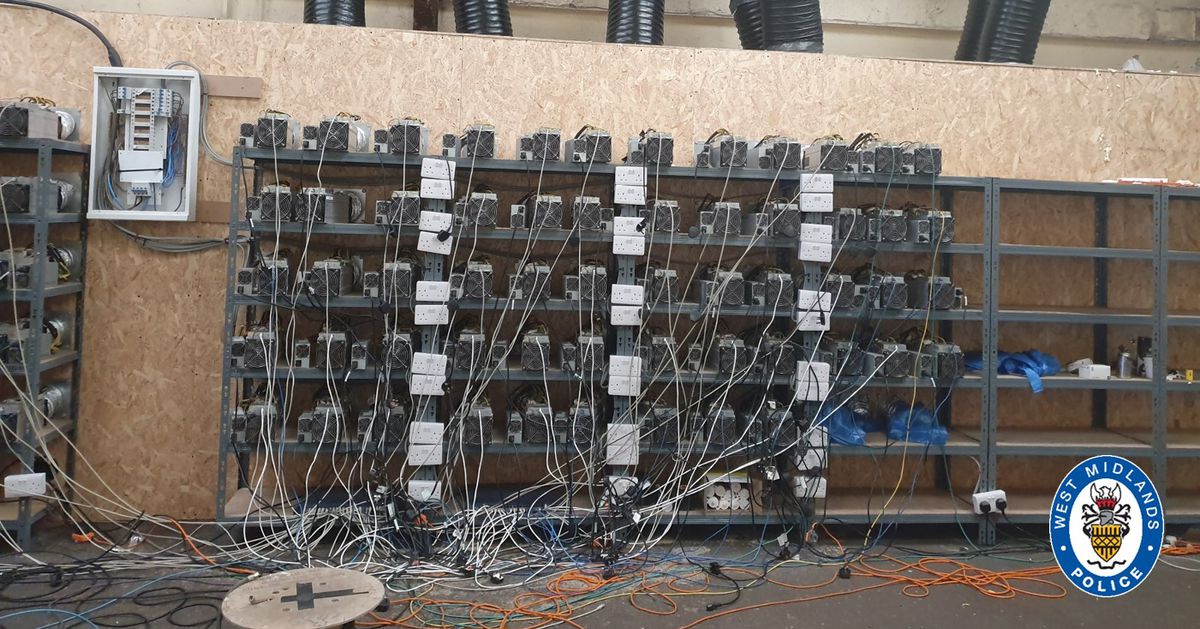 Police in the United Kingdom raided an industrial unit outside Birmingham under suspicion it was housing an indoor marijuana growing operation, CNBC reported. They were surprised to discover instead an extensive Bitcoin mining setup which was illegally siphoning electricity from a mains supply.

Prior to the raid, police observed multiple people going in and out of the building throughout the day, and spotted extensive ventilation and wiring. They also claim a drone was able to detect high amounts of heat coming off the building. Because indoor cannabis farms use systems of grow lights, heating, and ventilation to cultivate plants where they might not usually flourish, police believed they were looking at “classic signs” of a clandestine weed operation.

What they were actually looking at, as they soon learned, was about approximately a hundred or so Antminer S9 machines, generating enormous amounts of heat while they minted new coins. Easy mistake to make, and incidentally, not illegal in cases where cryptocurrency miners pay their electrical bills. This particular operation, however, was siphoning “thousands of pounds” worth of mains electricity, and as a result was shut down by the same police who thought they were gearing up for a drug raid.

The mining equipment, which we can estimate as being worth upward of $5,000, was seized, though no arrests have been made.

Police may not have caught a drug ring, but they likely did more good by shutting down this illicit mining setup — for the environment anyway. In 2016, weed was found to account for 1 percent of the electricity consumption in the US, an equivalent of 15 million tons of greenhouse gas emissions, at the time. For comparison, Bitcoin was estimated to be responsible for almost 25 percent of the entire world’s electricity consumption in 2019.