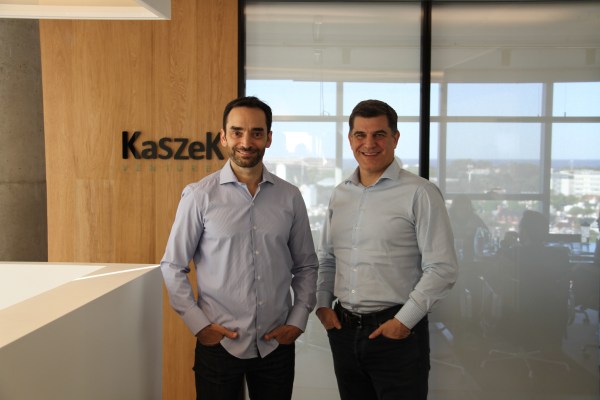 Long before SoftBank launched its $2 billion Innovation Fund in Latin America, and before Andreessen Horowitz began actively investing in the region, Sao Paulo-based Kaszek has been putting money into promising startups since 2011, helping spawn nine unicorns along the way.

And now, the early-stage VC firm is announcing its largest fund closures to date: Kaszek Ventures V, a $475 million early-stage fund, believed to be the largest vehicle of its kind ever raised in the region, and Kaszek Ventures Opportunity II, a $525 million for later-stage investments.

Over the years, Kaszek has backed 91 companies, which the firm says collectively have raised over $10 billion in capital.

Kaszek founded its first fund in 2011, raising $95 million, an impressive sum at that time. Funds II and III closed in 2014 and 2017, raising $135 million and $200 million, respectively. By 2019, Kaszek had closed on its fourth fund, raising $375 million and its first Opportunity Fund, reserving $225 million for later-stage investing in existing portfolio companies.

It’s notable that in its fifth fund, Kaszek is reserving more of its new capital to fund later-stage investments – a testament to its faith in its current portfolio. Both funds, according to Kaszek, were “several times oversubscribed” with demand coming globally from university endowments, global foundations, technology funds and several tech entrepreneurs.

Silicon Valley-based Sequoia Capital has been an LP since day one via Sequoia Heritage, its community investment office. Also, Connecticut-based Wesleyan University is an LP with Chief Investment Officer Anne Martin describing the founding team as “internet pioneers.”

In recent years, there has been an explosion of global investor interest in Latin American startups. The region’s startup scene is seeing a surge of fundraises, with new unicorns emerging with increasing regularity. And Kaszek has been at the heart of it all.

“We have been at the epicenter of the technology ecosystem in Latin America since 1999, first with MercadoLibre and now with Kaszek, and have witnessed firsthand the extraordinary  evolution that the sector has experienced since its infancy,” said managing partner and co-founder Kazah. “When MercadoLibre started, the internet penetration was less than 3% and it was mostly dial-up connections. Today, more than two decades later, technology secular trends are stronger than ever before as we are experiencing an acceleration towards digitalization.”

Kaszek has not yet backed any companies out of its newest investment vehicles, but plans to put money in 20 to 30 companies out of its early-stage fund, with check sizes ranging from $500,000 to $25 million, according to Kazah. Its Opportunity Fund investments will be more concentrated with the firm likely backing 10 to 15 companies with check sizes ranging from $10 million to $35 million. The firm is industry agnostic, with Kazah saying it considers “any industry where technology is playing a transformational role.”

General partner and co-founder Szekasy says that In the firm’s first funds, Kaszek mostly backed first-time entrepreneurs. But in its last early-stage fund, it began backing more teams led by repeat entrepreneurs or by founders spawned out of some of the region’s more successful startups.As many VC firms do, Kaszek describes its investment strategy as providing more than capital, but also becoming partners with the founders of its portfolio companies. For example, Creditas founder and CEO Sergio Furio describes the firm as “the co-founder I did not have.”

While the firm declined to comment on performance, a source with firsthand knowledge of its metrics over the years tells TechCrunch that it’s quite impressive with MOICS ranging from 19.2 for Fund I to 2.6 for Fund IV.

The firm’s active portfolio currently consists of 71 companies. Kaszek was one of the earliest investors in Brazilian neobank Nubank, just one of 9 unicorns it has helped build over the years. Other unicorns it’s backed include MadeiraMadeira, PedidosYa, proptech startup QuintoAndar, Gympass, Loggi, Creditas, Kavak and Bitso.

The firm’s investments have largely concentrated in Brazil and Mexico (the two startup hotspots of the region) and Colombia but the firm has also backed startups based in other countries in the region such as DigitalHouse (which was formed in Argentina), NotCo (originally founded in Chile) and Kushki (launched first in Ecuador). It has people on the ground in its home base of Brazil as well as Mexico, the United States, Argentina and Uruguay.

“We have always believed that the strong secular technology trends that we were seeing 20 years ago, evident in the US and a little later in China, were going to happen in Latin America,” Kazah told TechCrunch. “…Everything we predicted back then was going to happen, happened. Maybe it happened later, but it was also much larger and more comprehensive than what we had initially imagined. That is typically what happens with innovations, they take off later than you think, but fly much higher than you ever imagined.”

The Arecibo Observatory Was Like Family. I Couldn’t Save It

How to Turn Off Amazon Sidewalk