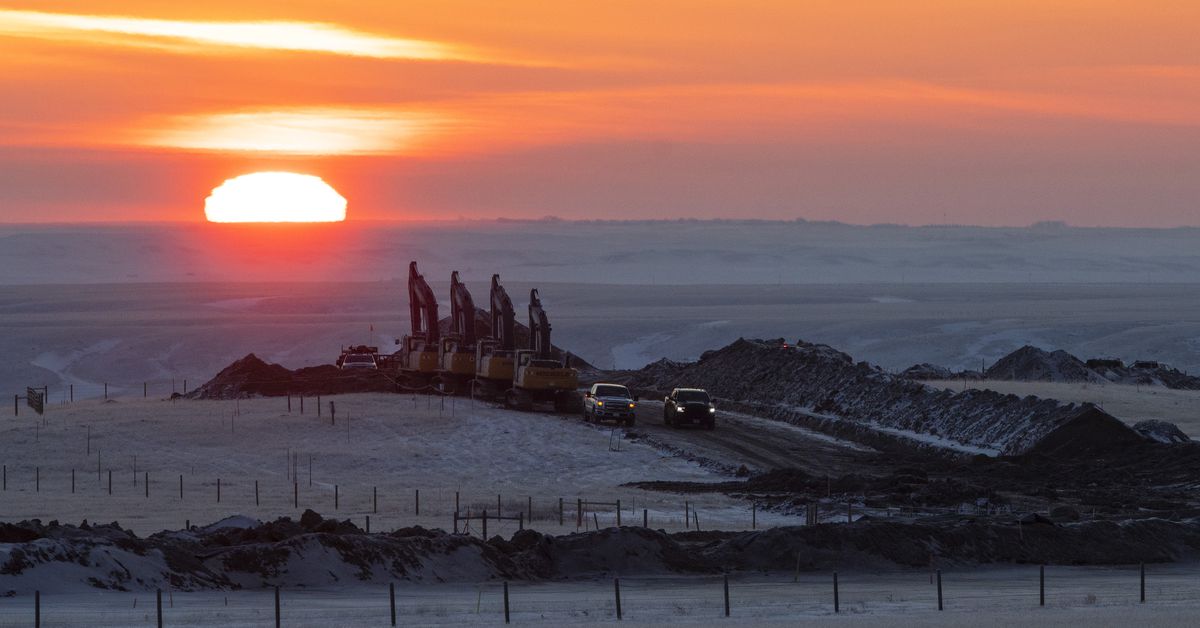 It’s official: the Keystone XL is going away for good. The pipeline’s developer announced Wednesday that it’s terminating the project.

For years, the Obama, Trump, and Biden administrations have gone back and forth on allowing the massive transcontinental project to move forward. On his first day in office, Joe Biden canceled the Presidential Permit that his predecessor had granted. Apparently, that was the nail in Keystone XL’s coffin. Soon after, TC Energy suspended work on the project to “consider its options,” but hadn’t fully given up on the pipeline until now.

“We took on a multi-billion dollar corporation and we won!” Dallas Goldtooth, an organizer for the nonprofit Indigenous Environmental Network tweeted. “The People made this happen!”

“The People made this happen!”

Native American tribes and activists fought the project for more than ten years. The Rosebud Sioux Tribe, and the Assiniboine and Gros Ventre tribes of the Fort Belknap Indian Reservation sued the Trump administration after it granted the Keystone XL a permit to continue construction. The pipeline threatened their lands and water sources, and the Trump administration didn’t properly consult with the tribes, they said in the suit.

The $8 billion pipeline would have pumped 830,000 barrels of crude oil from Alberta, Canada’s tar sands to Nebraska, where it would connect with other pipelines that reach the Gulf Coast.

Prior to TC Energy’s announcement today, a lot of construction on the pipeline had already taken place in Canada. The company has laid off hundreds of workers since suspending work on the project this year. But neither President Obama nor Biden worried much about taking away American jobs by killing the pipeline. It only would have resulted in 35 full-time permanent jobs in the US once construction was done, according to a State Department analysis. Climate change, made worse by new oil and gas projects, was a bigger threat to American livelihoods, both administrations argued.

Pipeline opponents are far from kicking back and relaxing

Despite the victory against Keystone XL, pipeline opponents are far from kicking back and relaxing. Protests escalated this week against Enbridge’s Line 3 pipeline, which also runs from Alberta to the midwest of the US. Enbridge wants to abandon the existing pipeline and replace it with a new one that can carry twice as much crude oil. At least 100 hundred people were arrested during demonstrations this week, The New York Times reported.

Resident Evil’s Jill, Leon and Nemesis are coming to ‘Dead by Daylight’

DealHub raises $20M Series B for its sales platform