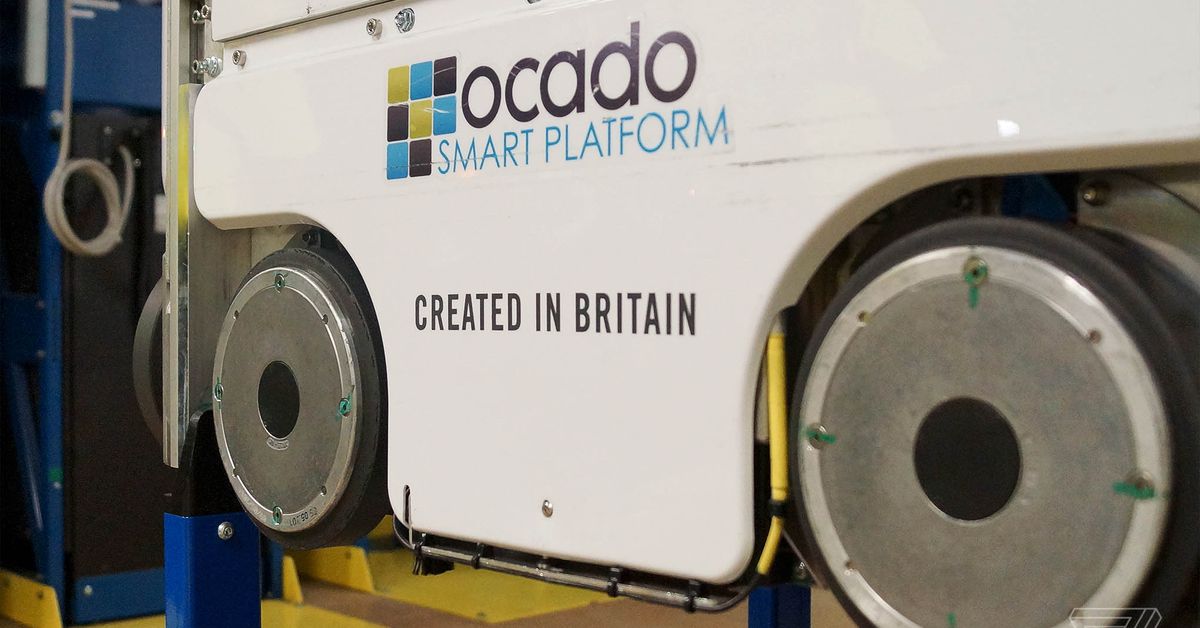 Online-only British supermarket Ocado has had to cancel some customers’ delivery orders after a Friday robot collision at one of its warehouses caused a fire, the company said.

The fire at the company’s Erith warehouse east of London “appears to have been caused by the collision of three bots on the grid,” the company said in a statement on Sunday. No one was injured, and the damage was limited to less than 1 percent of its grid, according to Ocado.

The grocer’s warehouses are populated with washing machine-sized robots that move products around on a grid system. The Verge’s James Vincent wrote about Ocado’s plans in a 2018 feature story. He described the process:

Deliveries are unpacked into crates; crates are placed onto conveyors; and conveyors carry the crates to shelves, where human “pickers” take what they need to fill customers’ orders. The new paradigm, though, is all about using space as efficiently as possible. Items are still placed in crates, but those crates are now stored in huge stacks, up to 17 boxes high. Their position in this stack seems to be at random — a box of razors next to cod fillets, for example — but it’s algorithmically decided; with frequently accessed items placed on the top and rarer purchases near the bottom. On top of this hoard, the robots do their work.


Robots at Ocado’s warehouses operate on grids. Three of the robots collided at its Erith warehouse on July 16th, causing a fire that has disrupted operations.

The company said Sunday that the Erith plant, which processes some 150,000 orders a week according to the Financial Times, should restart operations in the next few days. “While we expect some disruption to operations, we are working to restore normal service as soon as possible,” the company said. “We expect the facility to begin operating within the coming week and thank customers whose orders are affected for their patience.”

‘Guardians of the Galaxy’ is more ‘Deus Ex’ than ‘Avengers’