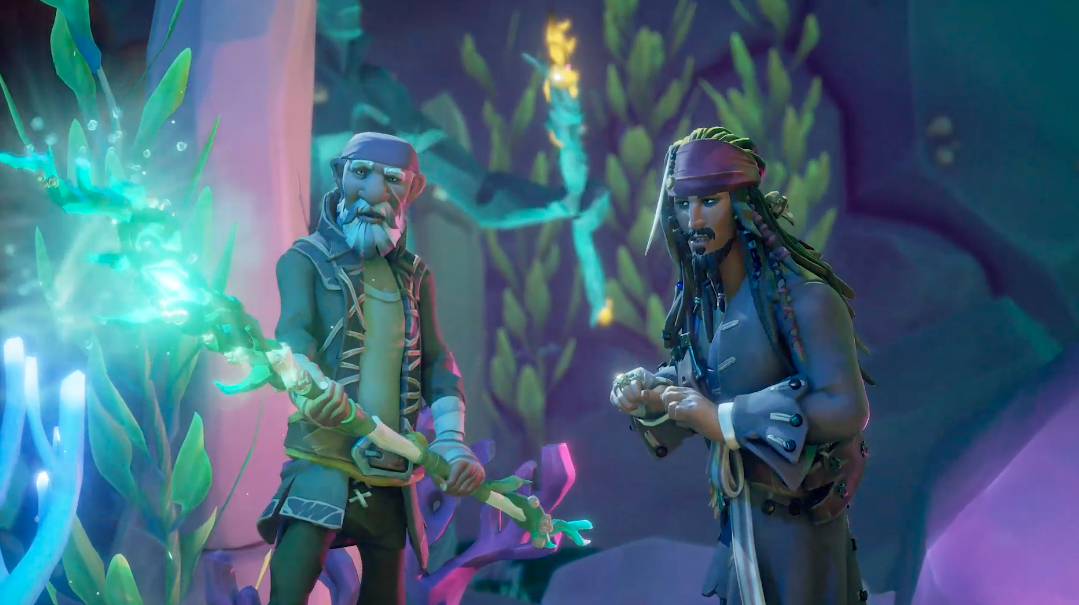 Well, this is a surprise. At today’s Microsoft / Bethesda press conference, the Xbox maker showed off the latest update to Sea of Thieves. On June 22nd, a free update to the title, called A Pirate’s Life, will add characters and storylines from the Pirates of the Caribbean franchise. That includes Captain Jack Sparrow, Davy Jones and, at the very least, first mate Gibbs.

We assume (for more than one reason) that Johnny Depp, or Bill Nighy, will be reprising their roles as Sparrow and Jones, respectively. But sharp-eared fans may note that Gibbs does sound quite like actor Kevin McNally, who also voiced the character in Disney Infinity and Kingdom Hearts III. Microsoft says that the update is the “most ambitious story-driven campaign” yet added to the title.

A Pirate’s Life features five standalone episodes featuring the Pirates crew, beginning with a quest to free Jack Sparrow from prison. The storylines, which were created in partnership with Disney, take inspiration both from the billion-dollar film series as well as the original theme park ride. Microsoft added that this material will be the “cornerstone” of the game’s third season, with villains and hazards that will permeate throughout the game, not just inside specific storylines.