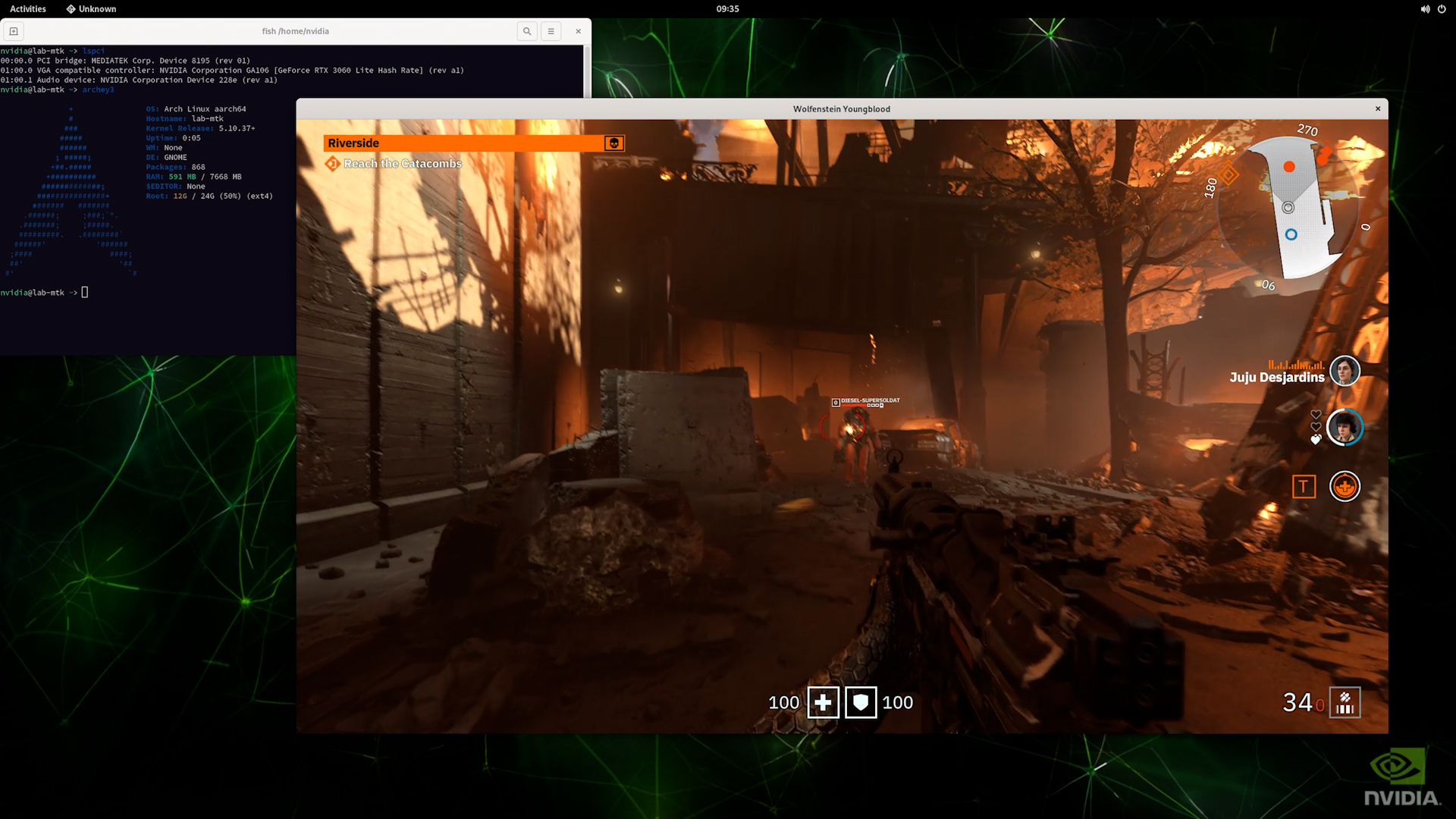 NVIDIA recently said that it was working with MediaTek to bring RTX graphics to ARM-based laptops, and now it has shown what that might look like for gamers. At the Game Developers Conference (GDC), it unveiled a technical demo with an RTX-powered MediaTek ARM processor running Wolfenstein: Youngblood.

Of course, you won’t get to see any of this until manufacturers add RTX hardware to their ARM-based laptops, Chromebooks or other devices. Game manufacturers will also need to implement the tech for ARM-based games. However, both the Wolfenstein: Youngblood developer and game engine company seem bullish.

“RTX support for ARM and Linux opens up new opportunities for game developers to provide more immersive experiences on a wider variety of platforms,” said Unity’s senior technical product manager Mathieu Muller. “An iD Tech-based game running on an ARM CPU with ray tracing enabled is a significant step in a journey that will result in many more gaming platforms being available to all game developers,” added Machinegames CTO Jim Kjellin.

Of course, NVIDIA’s relationship with ARM is set to get a whole lot closer as it bought the company last year for $40 billion. However, the deal is subject to regulatory approval and NVIDIA rival (and ARM customer) Qualcomm has objected to the deal. On top of that, ARM employees 3,000 people in the UK and that country’s regulator is currently investigating the sale.

TikTok is down: glitches rock the app and stars like Charli D’amelio show zero followers tiktok