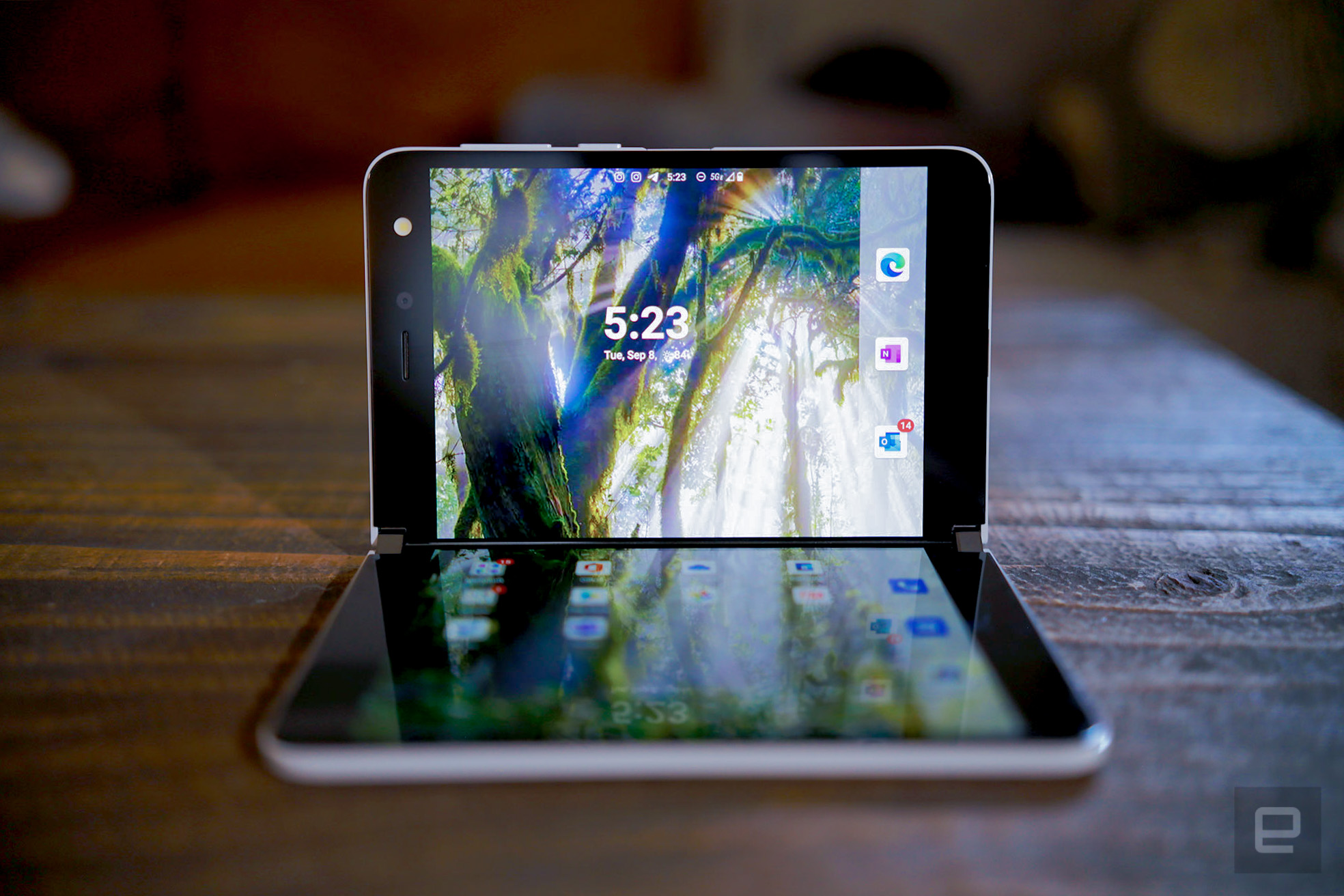 Microsoft has introduced mobile-friendly touch controls to more than 50 Xbox Game Pass titles since launching the feature on Minecraft Dungeons last September. Touchscreen optimized games — like Grand Theft Auto V, Sea of Thieves and Gears 5, among others — already offer customizations, including the ability to move the controls so they don’t get in your way. Now, Microsoft is adding a virtual controller for Xbox Game Pass to its Surface Duo dual-screen tablet.

The update works when you use the device like a laptop in landscape orientation, or “Compose Mode” as Microsoft dubs it. This half-folded setup will display the Xbox Game Pass title you’re playing on the top screen and the touchscreen controls on the bottom.

While it sounds like a useful update for mobile gamers, we’ll have to try it out to see how it works in real life. Testing out the Surface Duo, Engadget‘s Cherlynn Low said the software had some issues making the most of the screen space in Compose Mode, with apps jumping around and keyboard inputs not registering. But, Microsoft may have fixed that with updates, paving the way for its cloud gaming makeover.