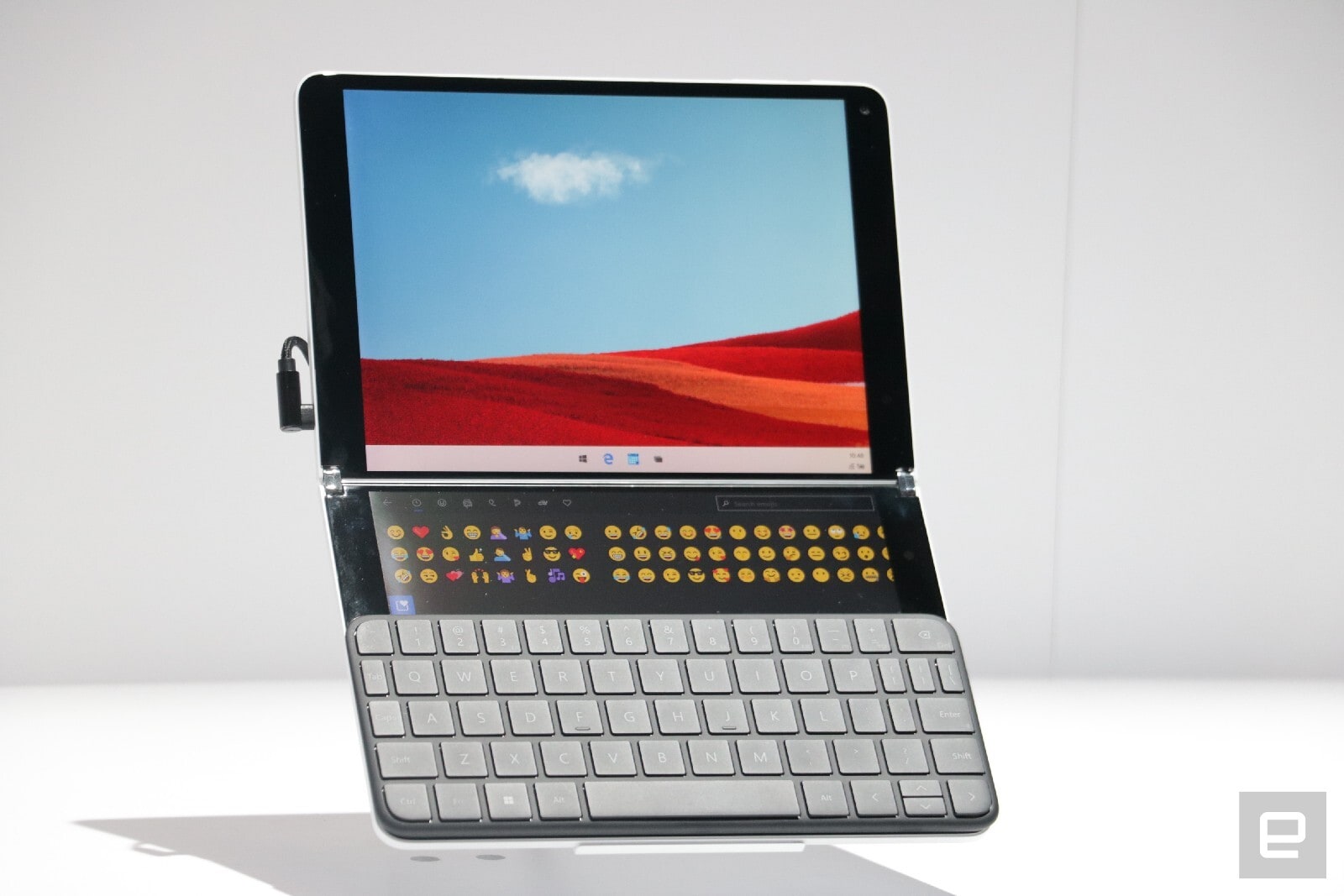 So long Windows 10X, we hardly had time to make fun of you. Microsoft today confirmed that 10X, its slimmed-down version of Windows 10 for dual-screen devices, won’t be released this year after all. Instead, the company plans to roll some of 10Xs features into its existing OS, like its revamped touchscreen keyboard. The news isn’t too surprising, as Microsoft also revealed last year that Windows 10X was shifting focus over to single-screen devices. At that point, it seemed like Microsoft was directly targeting Chrome OS and lower-end laptops. But realistically, it never made sense for Microsoft to spin off yet another OS variant.

“Instead of bringing a product called Windows 10X to market in 2021 like we originally intended, we are leveraging learnings from our journey thus far and accelerating the integration of key foundational 10X technology into other parts of Windows and products at the company,” Microsoft VP John Cable said in a blog post. “In fact, some of this is already reflected in the core of Windows in Windows Insider preview builds, for example the new app container technology we’re integrating into products like Microsoft Defender Application Guard, an enhanced Voice Typing experience, and a modernized touch keyboard with optimized key sizing, sounds, colors and animations.”

Cable goes on to say that Microsoft is looking at other areas where Windows 10X tech could help its customers. Given the company’s disappointing attempt to simplify its OS with Windows 10 S, this latest development doesn’t inspire much confidence. That’s particularly true if you were looking forward to seeing dual-screened Windows PCs (where the heck is the Surface Neo, MS?!).

In brighter news, Cable says the company is now rolling out the May Windows 10 update, which introduces stability improvements, speed upgrades for Windows Defender Application Guard and better support for multiple Windows Hello cameras. Now, your external Windows Hello camera will be set to the default, which is useful when using your laptop in docked mode. The company is also taking a steady approach to rolling out the update, so may not be able to update your device for a few weeks.

‘Prince of Persia: The Sands of Time Remake’ won’t be at E3

Microsoft is planning to kill off Windows 10 in 2025 – does this confirm Windows 11&quest; Windows 10's grave