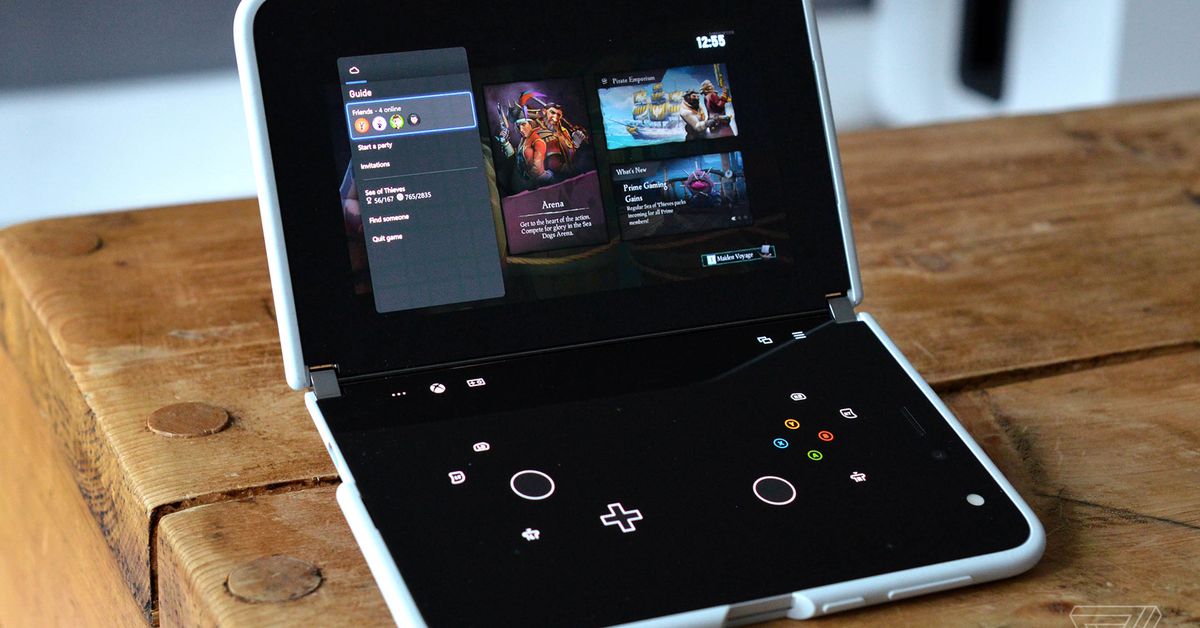 Microsoft teased the potential for an Xbox handheld-like experience with the Surface Duo during its unveiling nearly two years ago, and it’s finally appearing today. Microsoft is updating its Xbox Cloud Gaming (xCloud) app for Android, and it includes dual-screen support for the Surface Duo.

The app update allows Surface Duo owners to use a virtual gamepad on one screen of their device and games on the other. It makes the Surface Duo look more like a Nintendo 3DS than a mobile phone, with touch controls for a variety of games.

Microsoft has been steadily adding Xbox Touch Controls to more than 50 games in recent months, including titles like Sea of Thieves, Gears 5, and Minecraft Dungeons. The full list of touch-compatible games is available here, and you can of course just use a regular Bluetooth or Xbox controller to stream games to the Surface Duo.

Microsoft is turning its Surface Duo into a handheld Xbox today. The latest app update for Xbox Cloud Gaming (xCloud) let’s you use one screen for touch controls and the other for the game. It’s like a Nintendo 3DS with Xbox games. Details here: https://t.co/ubbsEAW3r8 pic.twitter.com/aP94t9xgzC

The benefits of a dual-screen device for this type of mobile experience are obvious. You no longer have touch controls over the top of the game, and your thumbs don’t get in the way of seeing important action on-screen. If dual-screen or foldable devices ever catch on, this is a far superior way to play Xbox games without a dedicated controller.

Microsoft has also tweaked the rest of the Xbox Cloud Gaming to work better on the Surface Duo. Improvements include making it easier to view content, move through menus, and the addition of columned layouts. The updated app is available now in Google Play Store.

Apple’s WWDC announcements should worry anyone with an Intel Mac