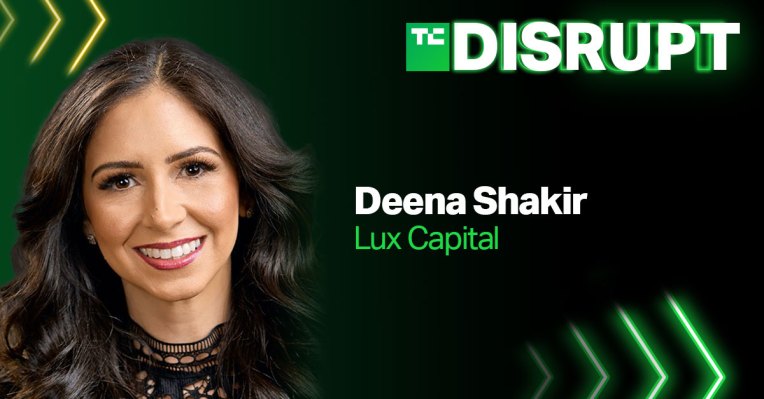 Deena Shakir is a partner at Lux Capital, where she looks to invest in technologies that are streamlining analog industries while also improving lives and livelihoods. Among the companies she has backed, for example, are Shiru, which is leveraging computational design to create enhanced proteins to help feed the world; and AllStripes, which aggregates and analyzes medical records, then sells the de-identified data to pharma companies to help them develop medicines.

It’s not a surprise that Shakir is focused on empowering people. Shakir’s father is a psychiatrist and as she once told us, “for a hot minute, I thought I was going to be a doctor myself.” Instead, after attending Harvard, then Georgetown’s School of Foreign Service, she wound up working for the State Department during the Obama administration, then headed to Google. She would stay for the next seven years, spending the last of them with GV, Google’s venture unit. There, her work revolved in part around some of the alternative protein companies in GV’s portfolio. Then, in 2019, she was poached by Lux.

Indeed, while Shakir might have once imagined working with people on an individual basis, she has become an increasingly sought-after investor in startup teams, which is why we couldn’t be more excited that she’s able to join us this year for TechCrunch Disrupt. Specifically, we’re thrilled that Shakir will be judging our Startup Battlefield competition, the centerpiece of Disrupt every year and oftentimes a life-changing event for the winning team — and often runners-up, too. Consider that past winners include Vurb, Dropbox, Mint and Yammer, while runner-up Cloudflare currently boasts a market cap of $26 billion.

It’s because we take the competition — and our record to date — so seriously that we’re exceedingly thankful to savvy investors like Shakir, who ask the right questions, and make the tough decisions when it comes time to decide which teams to move along.

Want to watch and judge from home? With our entirely virtual event this year, you’re more than welcome to join us from the comfort of your home or office (and let us know what you think of the startups within the many networking forums you’ll find).

To watch this year’s 20+ startups compete for $100,000 — and to interact with more than 100 hours of content and thousands of enthusiastic startup fans — make sure to book your pass to TC Disrupt, happening September 21-23 — all for less than $100.