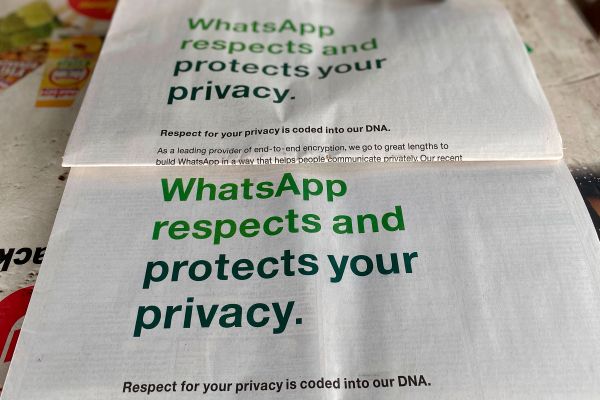 India said on Wednesday WhatsApp’s lawsuit challenging the new local IT rules is an “unfortunate last moment” attempt to prevent new regulations from going into effect in a clear act of defiance, and said the Facebook-owned firm didn’t raise any specific objection in writing to the traceability requirement after October 2018.

Ravi Shankar Prasad, India’s Electronics and IT Minister, said WhatsApp’s refusal to comply with the guidelines, the deadline of which expired Wednesday, is a “clear act of defiance of a measure whose intent can certainly not be doubted.”

India is the largest market by users for the Facebook-owned popular instant messaging service. According to government estimates, WhatsApp has amassed over 530 million users in India.

Prasad said any company’s operations in India is “subject to the law of the land.”

“At one end, WhatsApp seeks to mandate a privacy policy wherein it will share the data of all its user with its parent company, Facebook, for marketing and advertising purposes. On the other hand, WhatsApp makes every effort to refuse the enactment of the Intermediary Guidelines which are necessary to uphold law and order and curb the menace of fake news,” he added.

Pro tips from the team behind Kickstarter’s most funded app

A light field selfie camera might come to your next smartphone