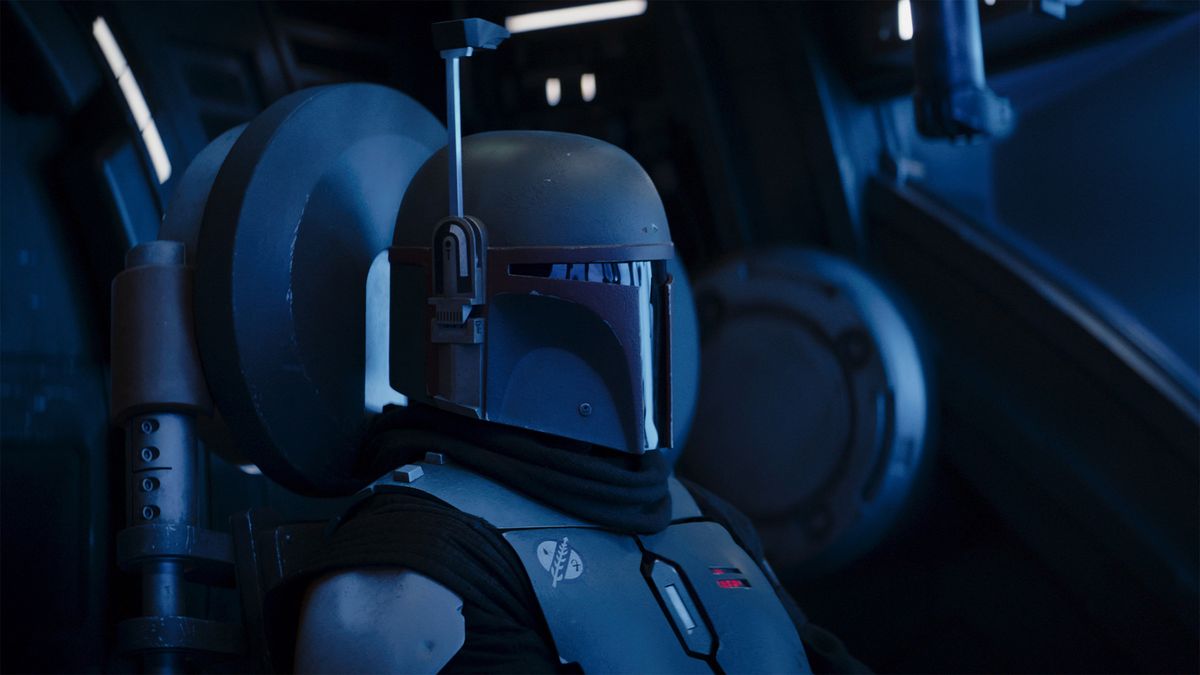 Reports have been rife this past weekend that Disney and Lucasfilm have changed the name of Boba Fett’s spaceship Slave I to Firespray. Outlets picked up on a press release that’s been doing the rounds since early August, advertising a number of covers for the upcoming Marvel comics event War of the Bounty Hunters.

Bleeding Cool, for example, posted the covers in early August, and it does indeed label a picture of Boba Fett and Slave I as ‘Boba Fett and Firespray’. Star Wars nerds no doubt know that Boba Fett’s ship is actually referred to as a Firespray-31-class vessel in this fictional universe, so the supposed name isn’t actually that strange.

The thing is, though, assuming this is the permanent name might be jumping the gun – as io9 points out, Lucasfilm has not commented on any of the name change reports that have done the rounds recently, including this latest development. It could just be an informal name for the ship for the purposes of that cover art. Either way, it would be a strange venue to unveil the new name.

So, why is Boba Fett’s spaceship being so hotly discussed this year?

All of this started in June 2021, when a new set in the Star Wars Lego line bore the name ‘Boba Fett’s Starship’ instead of Slave I, its canonical name. Previous incarnations – including a 2019 release from Lego – referred to the ship by its original name.

The site Jedi News then reported that Lego designer Jens Kronvold Frederiksen said the name “is just something that Disney doesn’t want to use any more”. As far as we can tell, nothing more has been said on the subject publicly.

At the same time, it’s not like Lucasfilm is erasing the name from its own records. Here’s a page on Star Wars’ official website, for example, that is labeled Slave I – though interestingly, the URL reads ‘boba-fetts-starship’. If you try replacing that text with ‘slave-i’, it redirects to the same page. Still, it’s not like anyone is being shy about using the name there.

When are we likely to learn what Boba Fett’s spaceship is actually called in 2021, whether it’s Slave I, Firespray or something else? The Book of Boba Fett lands on Disney Plus in December, which is likely to be the moment of truth.

It’s so easy to get into cultural handwringing with stuff like this, especially on the internet in 2021 – but you can see why a children’s toy made for those aged nine and above might have the word ‘Slave’ removed from it. Those just seem like sensible optics to a big company.

Still, critics have pointed out that Anakin and his mother are literally slaves in Episode I: The Phantom Menace, so it’s not like erasing the word erases the concept of slavery from the Star Wars universe. That’s a fair point.

The question to ask is, how much will this change affect your enjoyment of Star Wars? If Lucasfilm did drop the name going forwards – and again, nothing official has been said to this effect – will it make Boba Fett’s ship any less cool? Would it erase how rad it was when the vessel turned up in The Mandalorian season 2, or how dramatic it was when Han Solo’s frozen body was loaded onto it on Cloud City during The Empire Strikes Back?

For us, not really. Some changes in Star Wars’ history do genuinely suck – replacing the ghost of Anakin Skywalker in Return of the Jedi with Hayden Christensen, for example. That’s well worth getting annoyed about because it fundamentally changed the experience of watching the movie.

In this case, we’re just curious how Disney and Lucasfilm will handle it when the new Boba Fett show rolls around. If it gets a new name, it just has to be good.