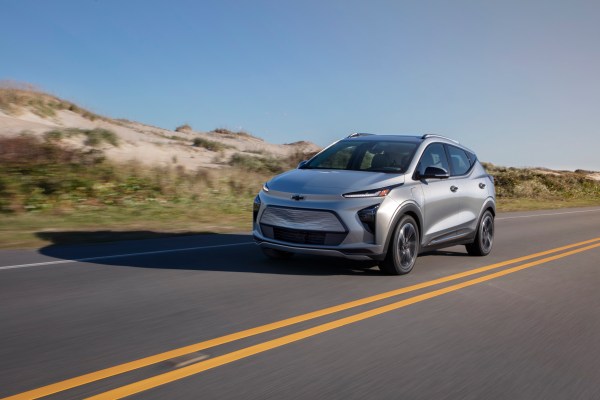 General Motors is recalling even more Chevrolet Bolt electric vehicles due to possible battery cell defects that could increase the risk of fire. This latest recall, announced by the automaker on Friday, marks the third time GM has issued the consumer notice for the Bolt.

“In rare circumstances, the batteries supplied to GM for these vehicles may have two manufacturing defects – a torn anode tab and folded separator – present in the same battery cell, which increases the risk of fire,” the company said in a news release. It added that it was working with its cell supplier, South Korea’s LG, regarding the issue.

This recall is expected to cost GM an additional $1 billion – that’s on top of the $800 million the company has already estimated for the prior recalls. Costs associated with fixing defective Bolt batteries made up the lion’s share of GM’s $1.3 billion in warranty expenses last quarter, the automaker said in an earnings call earlier this month.

GM is recommending that included Bolt drivers to a 90 percent state of charge limitation and avoid depleting the battery below a 70 mile range. The automaker also suggests parking the vehicle outside right after charging and not leaving the vehicle charging indoors overnight – likely due to the risk of fire. The National Highway Traffic and Safety Administration released its own recommendation to Bolt drivers to park their vehicles away from their homes to reduce fire risk.