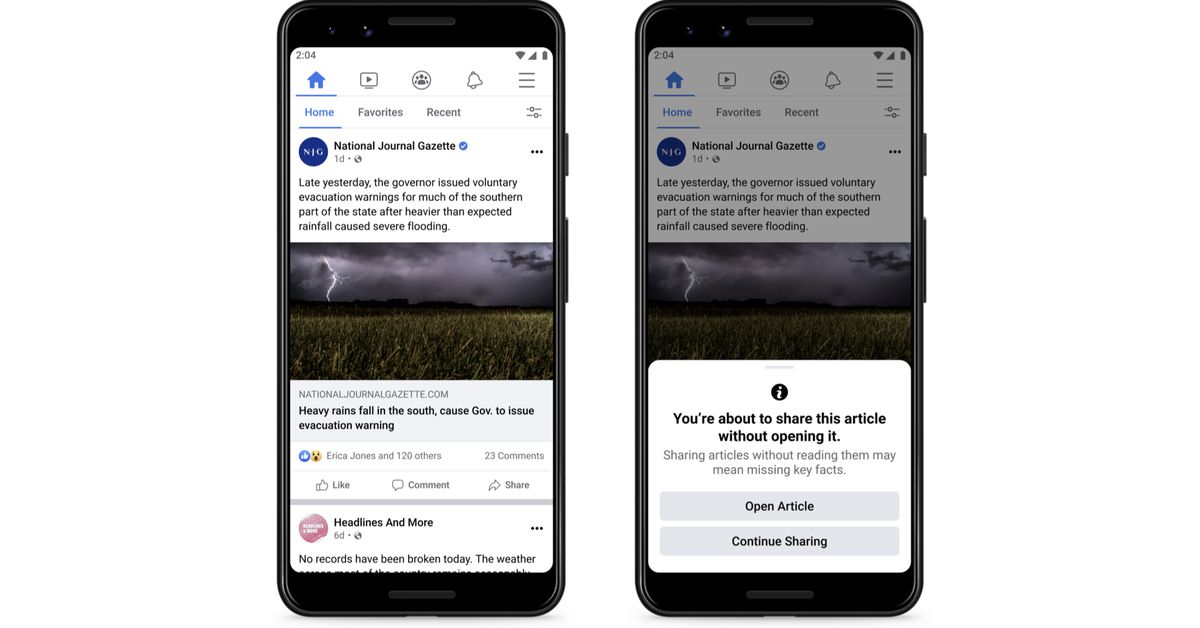 Facebook has announced on Twitter that it will start testing a pop-up that asks users if they’re sure they want to share an article that they haven’t opened. The pop-up will prompt users to read the article, but they can also choose to continue sharing it if they want. Facebook doesn’t say how wide the test will be.

The pop-up is similar to Twitter’s, which it started testing in June 2020. Twitter’s implementation of the feature can be annoying to users (myself included) who have read the article elsewhere and decide to share it when they see it pop up on their feed.

Facebook says the pop-up is meant to help people be more informed about the articles they share, likely as an attempt to combat the spread of misinformation the platform has struggled with in the past. As the message warns, not opening the article can lead to “missing key facts,” with headlines often not telling the whole story.

Starting today, we’re testing a way to promote more informed sharing of news articles. If you go to share a news article link you haven’t opened, we’ll show a prompt encouraging you to open it and read it, before sharing it with others. pic.twitter.com/brlMnlg6Qg