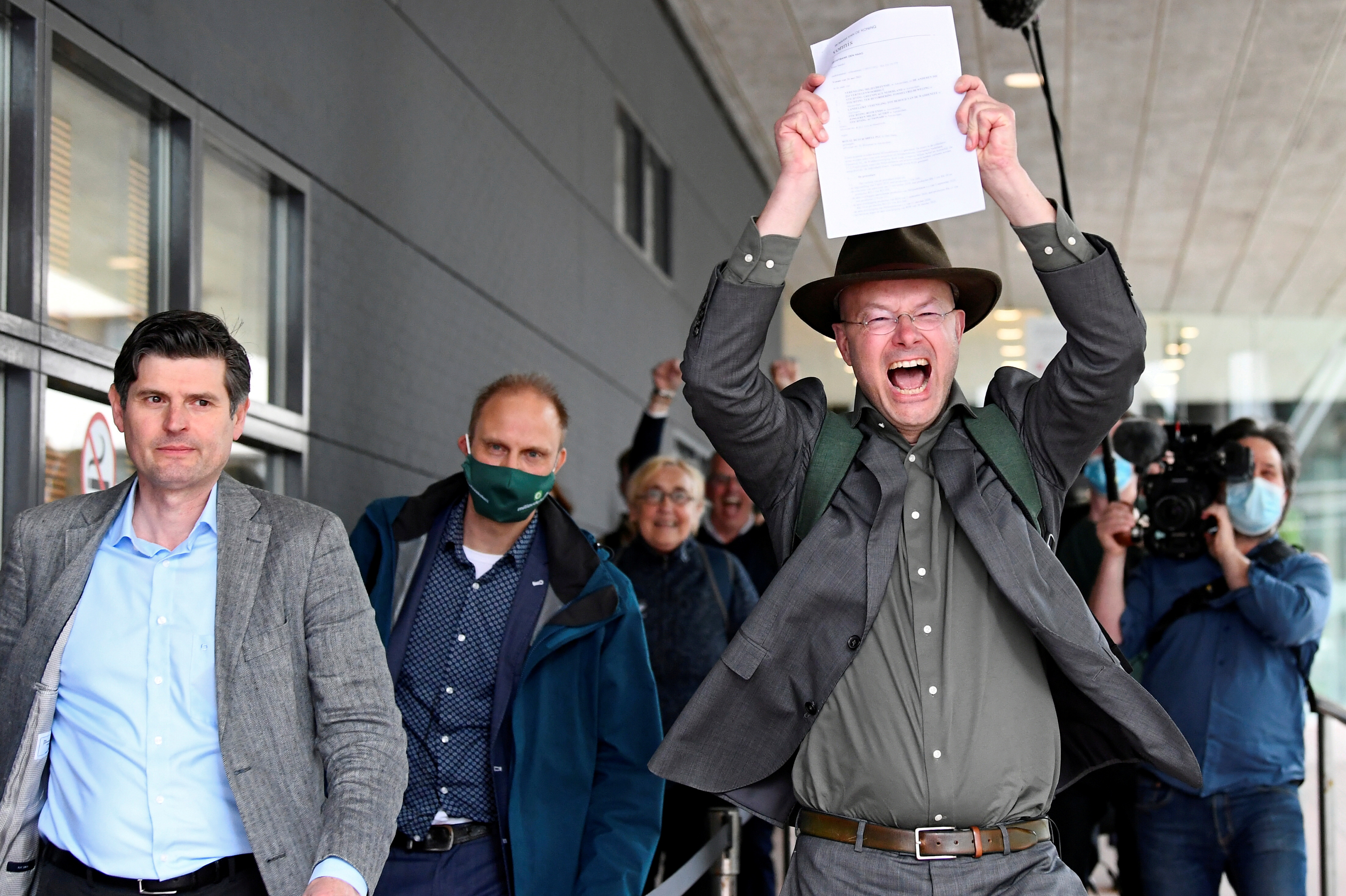 Dutch environmentalists have won a landmark court case that could have significant ramifications for the global climate movement and oil companies. On Wednesday, The Hague District Court ordered Royal Dutch Shell to reduce its carbon emissions by 45 percent by the end of the decade. After hearing both sides, a panel of judges determined the energy giant’s climate plan was too vague. “[It] is not concrete, has many caveats and is based on monitoring social developments rather than the company’s own responsibility for achieving a CO2 reduction,” the court said.

Milieudefensie, the Dutch branch of Friends of the Earth, alongside several other charities, human rights groups and eventually more than 17,000 co-plaintiffs, sued Shell in 2018, demanding the company bring its emissions in line with the Paris Agreement. The case went to court last December. Following Wednesday’s decision, the court didn’t say how Shell should meet its new emissions target, noting its parent company “has complete freedom in how it meets its reduction obligation and in shaping the Shell group’s corporate policy.” The case is unique in that the court didn’t order Shell to pay any monetary damages. It’s also worth noting the ruling only applies to the company’s operations in The Netherlands.

Shell called the decision “disappointing” and said it plans to challenge it. “Even if Shell decides to appeal, the ruling will lead to more cases worldwide and politicians and oil and gas companies will feel the pressure to change their course,” a spokesperson for Milieudefensie told Euronews.

“The Shell decision is a watershed for the oil and gas industry,’ Carroll Muffett, the CEO and president of the Center for International Environmental Law, told Gizmodo. “The court has made clear that Shell and similarly situated actors must take responsibility for reducing not only the direct emissions that arise from its own operations.” The decision also comes at a pivotal moment of the climate crisis. In its 2020 Emissions Gap Report, the United Nations issued a stark warning. It said the world is on course towards a catastrophic 3 degree Celsius increase in global temperatures by 2050 if governments across the world don’t rein in carbon emissions by the end of the decade.

London’s Tube will have full 4G coverage by 2024 null