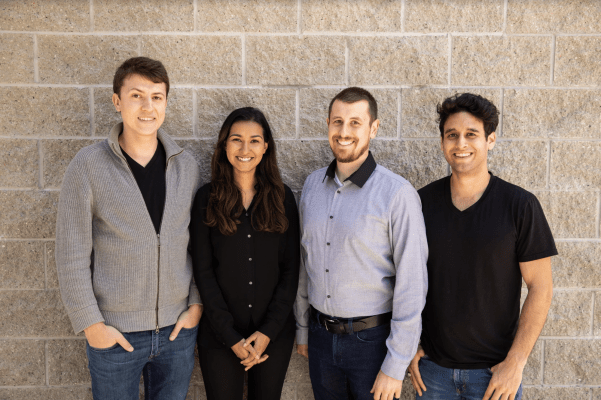 Despite being one of the earliest adopters of using the world wide web to disrupt how its business is done and connect with more potential customers, the recruitment industry ironically remains one of the more fragmented and behind the times when it comes to using new, cloud based services to work more efficiently. A new startup is hoping to change that, and it’s picked up some funding on strong, early signs of traction.

Dover, which has built what CEO and co-founder Max Kolysh describes as a “recruitment orchestration platform” — aimed at recruiters, it helps them juggle and aggregate multiple candidate pools to source suitable job candidates automatically, and then manage the process of outreach (including using tools to automatically re-write job descriptions, as well as to write recruitment and rejection letters) — has raised $20 million from an impressive list of investors.

Tiger Global led the Series A round, with Founders Fund, Abstract Ventures, and Y Combinator also investing. Dover was part of YC’s Summer 2019 class (which debuted in August 2020), and Founders Fund led its seed round. Since leaving the incubator, it’s picked up more than 100 customers, mostly from the world of tech, including ClearBanc, Lattice, Samsara and others, even larger companies that you might have assumed would have their own in-house orchestration and automation platforms in place already.

“Orchestration” in the world of business IT is commonly used for software built for the fields of sales and marketing: in both of these, there is a lot of fragmentation and work involved in sourcing good leads to become potential customers, and so tech companies have built platforms both to source interesting contacts and handle some of the initial steps needed to reach out to them, and get them engaged.

That, it turns out, is a very apt way to think of the recruitment industry, too, not least because it also, to a degree, involves a company “selling” itself to candidates to get them interested.

“I would say recruiting is sales and marketing,” Kolysh said. “We’re comparable to sales ops, but sales is 5-10 years ahead in terms of technology.”

Recruiters, especially those working in industries where talent is at a premium and therefore proactively hiring good people can be a challenge, are faced with a lot of busy work to find interesting candidates and engage them to consider open jobs, and subsequently handling the bigger process of screening, reaching out to them, and potentially rejecting some while making offers to others.

This is mainly because the process of doing all of these is typically very fragmented: mot only are there different tools built to handle these different processes, but there is an almost endless list of sources today where people go to look for work, or get their names out there.

Dover’s approach is based on embracing that fragmentation and making it easier to handle. Using AI, it taps platforms like LinkedIn, Indeed and Triplebyte — a likely list, given its initial focus on tech — to source candidates that it believes are good fits for a particular opening at a company.

Dover does this with a mix of AI and understanding what a recruiter is looking for, plus any extra parameters if they have been set by the recruiter to carry this out (for example, diversity screening, if the employer would like to have a candidate pool that is in line with a company’s inclusion targets).

Dover also uses data science and AI to help calibrate a recruiter’s communications with would-be candidates, from the opening job description through to job offer or rejection letters. (Why dwell on rejection letters? Because these candidates are already in short list, and so even if they didn’t get one particular job, they are likely good prospects for future rolls.)

“No human wants to write 100 cold emails per week but on the other hand, there are many ppl to hit up,” Kolysh said of the challenges that recruiters face. “When a company is seeing a lot of growth, it needs to scale fast. You just can’t do that with a human anymore.” Kolysh — who co-founded the company with Anvisha Pai (CTO) and George Carollo (COO) — said all three founders experienced that first-hand working at previous startups and trying to recruit while also building the other aspects of the business. (They are pictured above, along with founding engineer John Holliman.)

Given how much orchestration has caught on in the world of sales, there is a strong opportunity here for Dover to bring a similar approach to recruitment, based on what seems to be a very close understanding of the flawed recruitment process as it exists today. Whether that brings more competitors to the space — or more tools from some of the bigger players in, say, candidate sourcing — will be one factor to watch, as will how and if Dover manages to make the leap to other industries beyond tech.

But for now, its usefulness for a particular segment of the market is also what caught the eye of Tiger Global.

John Luttig, the partner who led the round for Tiger Global, noted in an interview that most recruiting tools in the market today might best be described as point solutions, addressing scheduling, or interviews, for example.

“It’s the full stack here that is appealing,” he told me. “And it’s automated, which is particularly valuable for early and mid-stage tech companies, to keep candidates from falling through the cracks. It also saves time from having to build up big recruiting departments. And because Dover owns all that work, those working in recruitment can instead focus on culture building, or assessing the candidates.”

Roaming charges are changing: every major network’s plan and how it affects you European Union

ICYMI: The new Studio Buds are the best Beats for most people