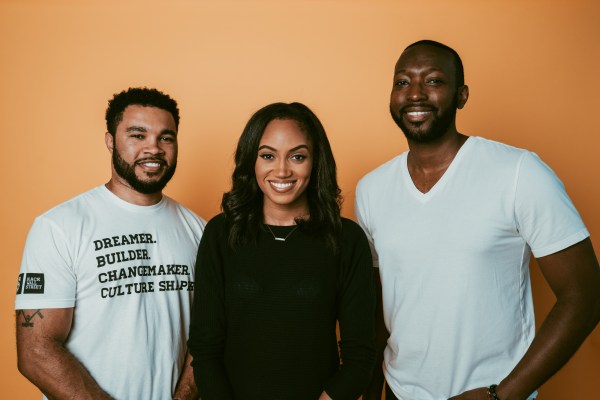 A decade before investing outside of San Francisco and New York became trendy, entrepreneurs Jewel Burks, Justin Dawkins and Barry Givens were betting on Atlanta. Each experienced first-hand the biases that disproportionately hurts Black founders – while also being living proof of the wave of Black innovation and opportunity in their city.

Last year, the trio saw opportunity in that disconnect and launched Collab Capital, a firm designed to invest explicitly in Black founders. It debuted with $2 million in capital and a massive end target: $50 million. Today, the firm announced that it has met that goal, with backers such as Apple, Goldman Sachs, Google, The Andrew W. Mellon Foundation, Mailchimp, and PayPal, making it one of the largest funds closed from an entirely Black-led firm solely committed to Black founders.

“We really wanted to build a fund that was appropriate for the opportunity that we see [in Black founders],” Burks said. “And honestly I would say, it’s a small fund out there relative to the number of Black-led companies out there that are looking and seeking funding.”

With the new fund, Collab Capital plans to invest in 50 companies over a three-to-five-year period with check sizes between $500,000 and $750,000. The firm has also reserved up to $2 million per investment for follow-on bets. It is targeting ownership between 10% to 15% in each deal. To date, Collab Capital has backed six companies in the healthcare, edtech, and future of work spaces, including Music Tech Works and Hairbrella.

Internally, the team plans to stay based in Atlanta. Burks, who founded Atlanta-based PartPic, a TC Battlefield company that sold to Amazon, said that reinvesting in the community has always been a part of Collab Capital’s intention. Case in point? The firm’s first three deals were in Atlanta. As Zoom investing became more popular in the wake of the coronavirus, the team invested in startups from Kansas City, Washington, D.C., and Miami, as well.

“We’re excited to be able to support founders anywhere in the United States, but we’re really focused on cities that have a high concentration of Black innovators and a lower concentration of capital,” she said.

The world before June

While part of Collab’s focus is avoiding coastal cities, network matters. The firm’s ability to secure heavyweight investors such as Apple and PayPal gives it a key signal that validates its bet on Black founders.

Burks thinks part of the reason that investors might be more intentional about backing firms such as hers is the result of the racial injustice that was highlighted in the wake of the murder of George Floyd, Breonna Taylor, and countless other Black people at the hands of police.

After Floyd and Taylor were murdered, there was a global movement spearheaded by Black Lives Matter in response to police brutality and racism in the United States. Burks says that Collab Capital had only raised a few million at that time, but then witnessed “a shift in the hearts and minds of capital allocators.”

Burks noted that when Collab Capital was first raising its fund, potential investors told them to have a “wider perspective” on what kinds of entrepreneurs to back. Some thought they should create a fund around underrepresented founders or multicultural founders. With general VC volatility in the early months of the pandemic, Collab Capital saw some of its LPs pull back or delay commitments.

“We were very adamant that the most important thing we wanted to solve was the funding gap for Black founders, so we were not willing to broaden the spectrum there because we saw that there were so many firms out there for diverse founders, and even in some of those, Black founders were still marginalized.”

While the majority of venture dollars are still managed by white men, Black-led venture capital firms are having quite the year. Collab Capital’s news is preceded by Harlem Capital, which closed a $134 million seed fund earlier this year, Cleo Capital, which set a $20 million target for Fund II, and MaC VC landing $103 million for its inaugural fund.

Beyond a broader understanding of the importance of diversity in tech, Burks pointed to Zoom as a value unlock.

“If you’d asked me a year ago [if] I think we’d be successful in raising $50 million over Zoom meetings, I would have said absolutely not,” she said. “But you can build meaningful relationships with people and not even have to be in person. That’s a big surprise — and, oh, the realization that you don’t have to travel so much.”