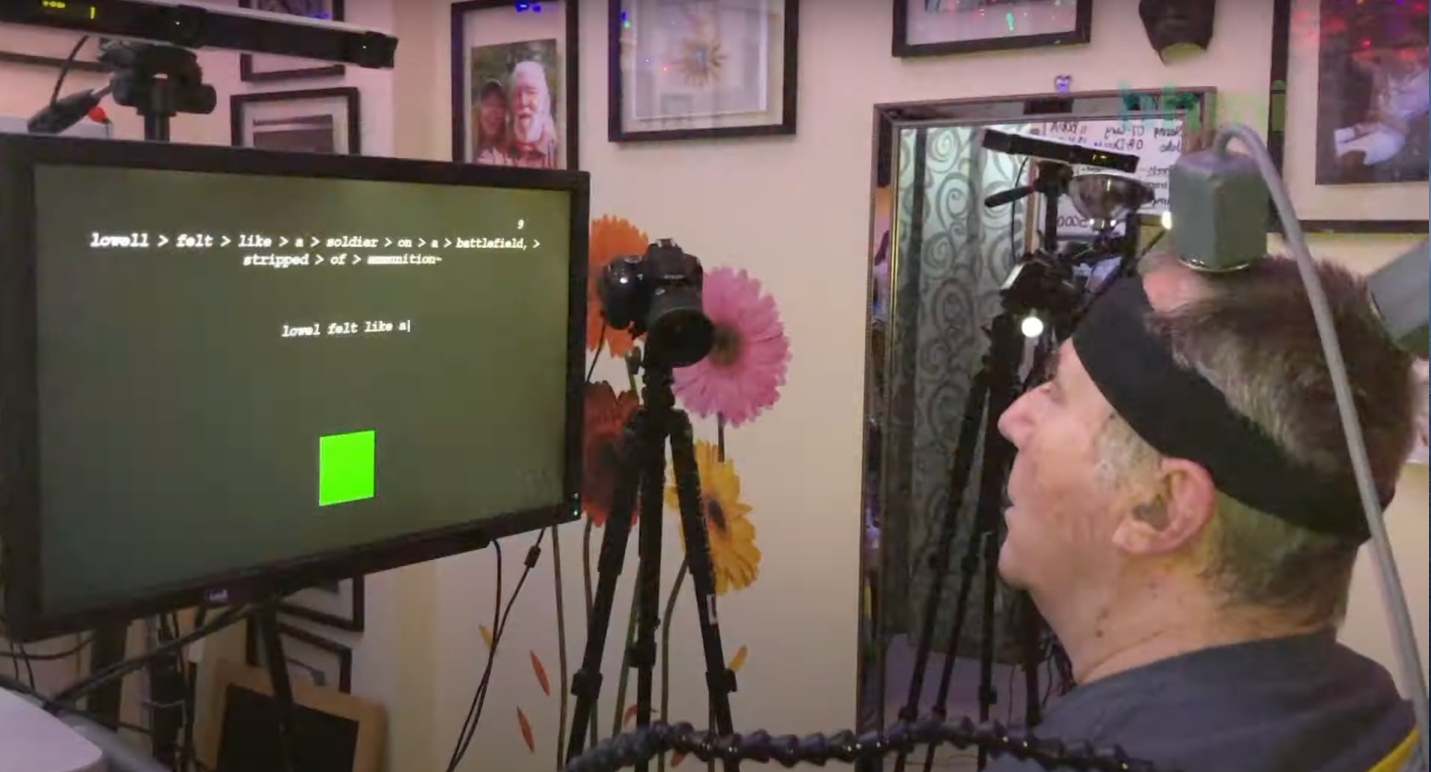 Tech has helped paralyzed people to communicate with the outside world through brain implants and eye tracking techniques. Laudable as they are, these breakthroughs have only resulted in slow transcriptions of mental thoughts. But, a new study from researchers at Stanford University has produced the fastest results yet. In fact, the scholars claim their method of communication for people with paralysis can rival the texting speeds of able-bodied adults.

The new technique uses a computer to convert attempted handwriting movements from brain activity into on-screen text. As part of their tests, the team worked with a 65-year-old participant (named T5 in the study) who was paralyzed from the neck down due to a spinal cord injury sustained in 2007.

The researchers started by placing two brain chip implants into T5’s motor cortex — the part of the brain that controls movement. They told the participant to imagine he was writing normally with a pen on a piece of ruled paper. The brain chips then sent his neural signal through wires to a computer where an AI algorithm essentially transcribed his “mindwriting” by decoding hand and finger motion.

The end result saw T5 reach a writing speed of about 18 words per minute with 94.1 percent accuracy. Comparatively, an able-bodied adult of a similar age can type about 23 words per minute on a smartphone. The researchers claim combining the new technique with an older implant system they created could help patients to communicate faster and more effectively, including people with spinal cord injuries or Lou Gehrig’s disease and those who’ve suffered strokes.

Getting to that stage could take a while, however. For now, the team aim to carry out more trials into the tech’s efficacy and safety.