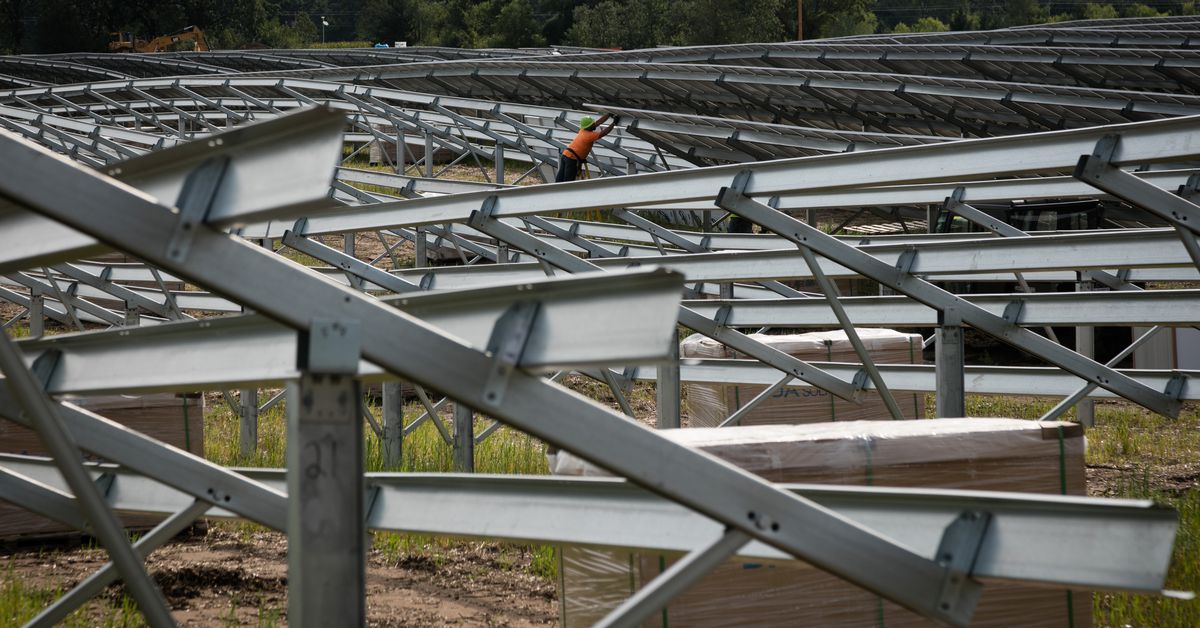 2020 was a big year for big batteries in the US, which is crucial for getting grids to run on more renewable energy. Power capacity — a measure of how much power a battery can instantly discharge — for large-scale batteries grew at an unprecedented pace in the US last year, according to an annual report released this week by the US Energy Information Administration (EIA).

2020 smashed the previous record set in 2018 for the biggest growth in power capacity in the US with 489MW of large-scale battery storage added. That’s more than twice what was added in 2018. By the end of last year, there was 1,523MW of large-scale battery power capacity in the US. For comparison, the largest solar farm in the US has a capacity of 579MW and can generate enough electricity for about 255,000 homes.

That’s all good news for renewable energy, but way more batteries are needed to clean up the electricity grid. “It’s great that it’s growing. But by the scale of the grid, it’s still a pretty small drop in the bucket,” says Gerbrand Ceder, a professor of materials science and engineering at the University of California, Berkeley. For perspective, Ceder says, the total battery power capacity in the US at the end of 2020 is still “no bigger than one or two big power plants.”

“Still a pretty small drop in the bucket”

Batteries store renewable energy so it can be used when winds lull and sunlight dims. They’re also a clean alternative to fossil-fueled “peaker plants” that come online periodically to provide extra juice when there’s high demand. Big batteries can also step in when a disaster knocks another power source offline. So on top of cutting down greenhouse gas emissions, they can make the grid more reliable and resilient.

Electricity is currently responsible for a quarter of greenhouse gas emissions in the US. But a clean grid could tackle emissions from other sectors like transportation and heating as cars, homes, and buildings go all-electric.

The Biden administration has set a target of making the power sector “carbon pollution-free” by 2035, in an effort to slow down the already catastrophic effects of climate change. That can be achieved by turning to renewable energy sources like wind and solar. Or the goal could potentially be met through a combination of renewables plus more controversial carbon-free energy from nuclear plants and fossil-fueled power plants paired with technology that captures carbon dioxide from their emissions. But with concerns about the cost, safety, and pollution from nuclear energy and carbon capture strategies, many environmental advocates hope batteries can ensure that there’s a bigger proportion of renewable energy feeding the grid.

Battery storage costs have tumbled 72 percent since 2015, the EIA found, which helps explain why the vast majority of large-scale battery storage power capacity available today only came online within the past six years. Electric vehicles have helped drive down lithium-ion battery costs in the power sector, according to Ceder.

As costs fall, battery power capacity is forecast to grow quickly in the coming years. There’s 10,000MW of large-scale battery storage on the way from now until 2023, according to what utilities have reported to the EIA. That’s ten times the capacity there was in 2019, and most of it will be paired with solar power generators.