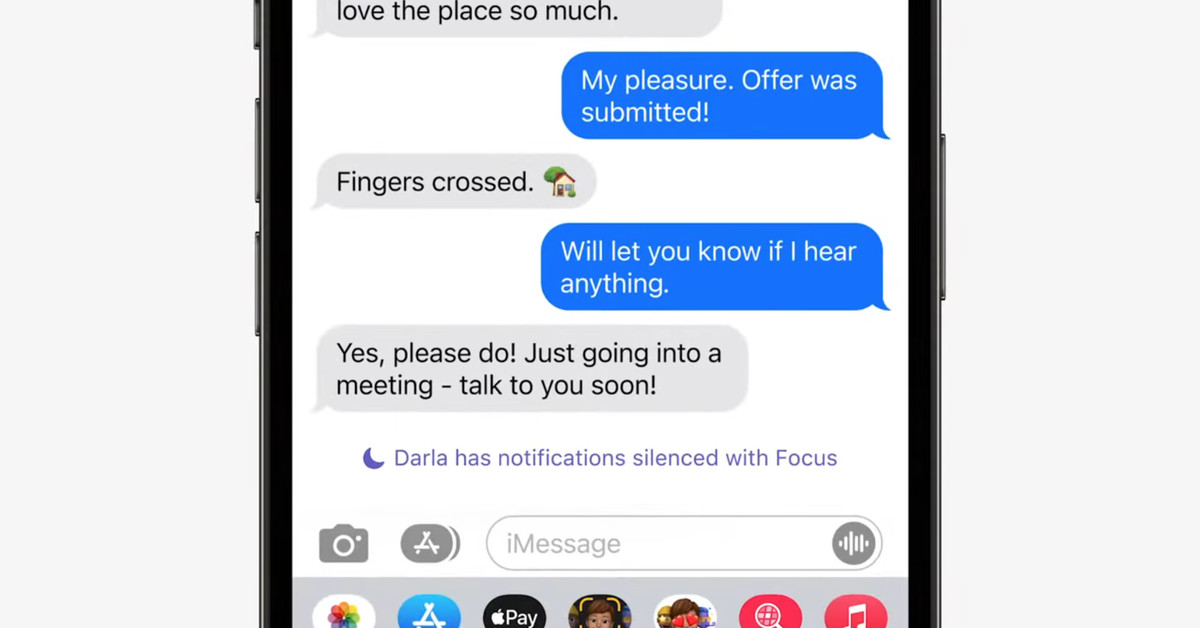 Apple has a habit of, if not innovating outright, then at least presenting the most polished version of existing ideas. Its Universal Control, for instance, is basically a Logitech thing, done beautifully. One of its announcements at WWDC yesterday missed that mark but came achingly close to bringing back a defining feature of the dial-up days.

The announcement in question is, of course, Focus, a new set of features meant to help iPhone users let people know when they are not to be bothered. “It turns out, it’s even easier to step away and focus if people know we’re busy,” Apple’s SVP of software engineering Craig Federighi said. “So we created an easy way to signal to others when you’re doing that.” Focus solves the problem of either:

As you might recall, though, there’s some historical precedent for a feature that communicates being “away” from your device in the form of a “message” — built right into AOL Instant Messenger almost a quarter-century ago.

Here’s a quote: “[It] was the classic finding a solution to a very personal problem: nobody’s answering, what does that mean?” I’ll let you guess if that comes from Apple’s Federighi or AOL’s former design director JoRoan Lazaro. (Answer here.)

AIM was, for a very long time, a hugely successful product. So what’s the issue?

While away messages allowed a level of customization in what non-active users communicated to their friends (anything from specific reasons they were unavailable to ASCII art or song lyrics), Apple’s version merely states “[name] has notifications silenced with Focus.” Yes, focus is capitalized. Instead of using a new feature to gently tell a friend “Sorry, I’m a little in the weeds right now, but I want to hear what you have to say later,” the branded, capitalized Focus feels like I’ve hired Apple as a bouncer to tell my pals to piss off.

To give Federighi the benefit of the doubt, AIM didn’t start with away status customization. In the same oral history as the above quote, AIM’s former VP of community Eric Bosco said: “The away message started out as a canned status—‘I’m away’—on the internal IM platform. But then we realized that still wasn’t that helpful. It didn’t specify where you were away to […] So we thought why not make it more freeform text.”

Fingers crossed that Apple will come to the same realization in the several months between the developer beta of iOS 15 (now) and its public release (sometime this fall).

How long before AI can ‘understand’ animals?

If Samsung made a smart display, would you buy it?

How to use a two-factor security key