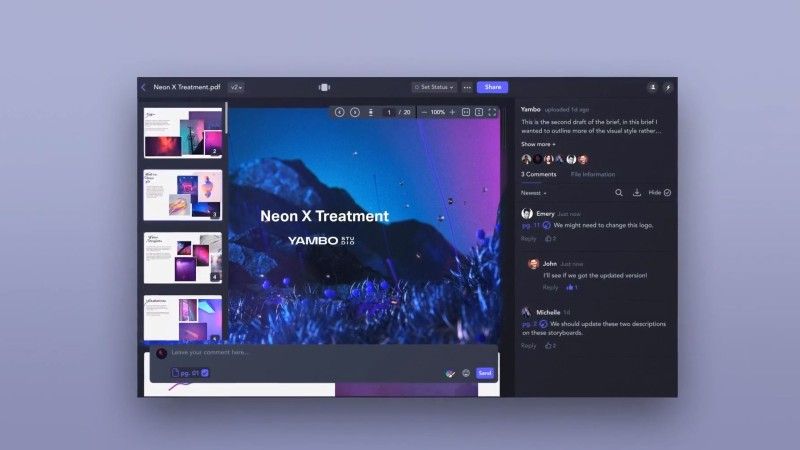 In a press release, Adobe said the deal is valued at $1.275 billion, and is subject to “customary purchase price adjustments”. If all goes to plan, the deal should be closed in the fourth quarter of Adobe’s 2021 fiscal year, pending regulatory approval and customary closing conditions. Until then, both companies will continue operating independently.

Once the deal is completed, Frame.io co-founder and CEO Emery Wells, and co-founder John Traver, will join Adobe. Wells will remain the leader of the Frame.io team and will report to Chief Product Officer and Executive Vice President for Creative Cloud, Scott Belsky.

Frame.io is a company founded in 2014, with the goal of better streamlining the creative process of making a video. There are many stakeholders involved in creating video content, from video editors, producers, agencies, and clients, and collaborating on video production has historically been challenging, Adobe explains.

“Today’s video workflows are disjointed with multiple tools and communication channels being used to solicit stakeholder feedback. Frame.io eliminates the inefficiencies of video workflows by enabling real-time footage upload, access, and in-line stakeholder collaboration in a secure and elegant experience across surfaces,” Adobe added in its press release.

Adobe believes that by combining Frame.io with its own creative software such as Premiere Pro and After Effects, it will be able to deliver a collaboration platform “that powers the video editing process.” It hopes the platform will be to the benefit of all – video editors, producers, marketers, and many others.

Frame.io customers will “benefit from the innovation generated by the combined Adobe Creative Cloud and Frame.io teams,” it said.

“We’ve entered a new era of connected creativity that is deeply collaborative, and we imagine a world where everyone can participate in the creative process,” said Scott Belsky.

“With this acquisition, we’re welcoming an incredible customer-oriented team and adding Frame.io’s cloud-native workflow capabilities to make the creative process more collaborative, productive, and efficient to further unleash creativity for all.”