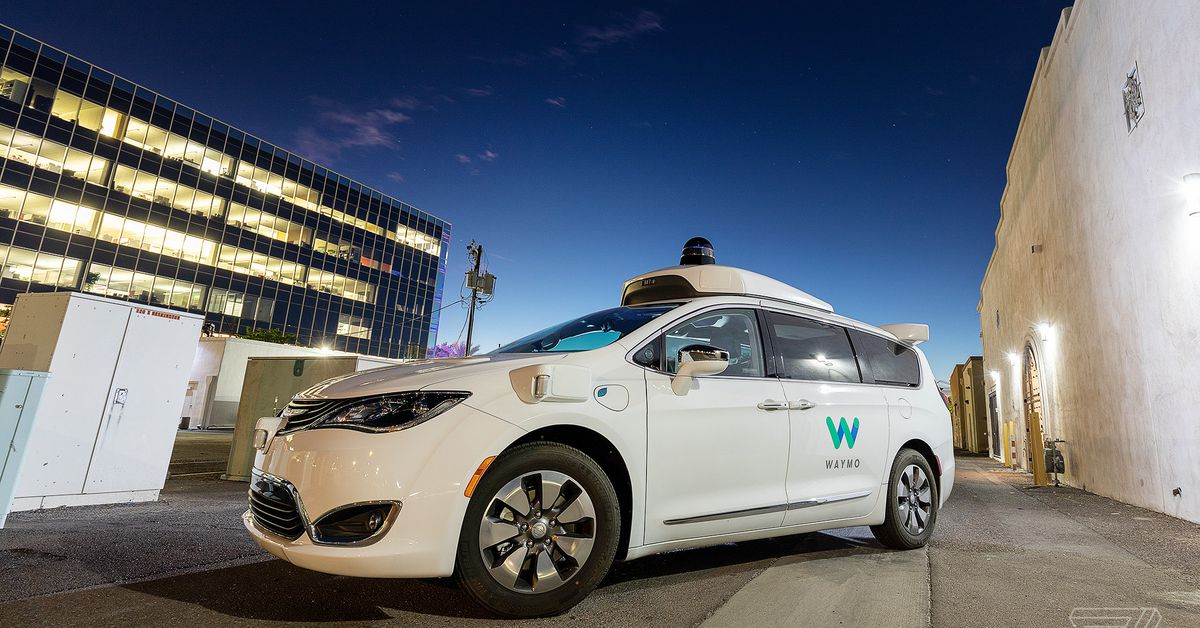 One of Waymo’s fully autonomous minivans got stuck at an intersection in Chandler, Arizona, prompting the company to send a roadside assistance team to come extract it. But when the crew arrived, the vehicle started to drive away before pulling over and completely blocking a three-lane road. It was a rare moment captured on video of one of Waymo’s driverless vehicles performing erratically.

The incident was recorded from inside the vehicle by Joel Johnson, who publishes videos on YouTube under the handle JJRicks Studios about his experiences using Waymo’s Level 4 autonomous vehicles, which operate without a safety driver behind the wheel. Johnson’s video is a rare unedited look at what happens when one of the world’s most proficient autonomous vehicles gets tripped up by a few orange safety cones.

“It’s no longer stranded and now it’s blocking, okay,” a remote operator is heard saying to Johnson at one point in the video, to which he replies, “Well, this is interesting!”

In late 2018, the company launched a limited public ride-hailing service called Waymo One, but the only customers to get access were people who had first been vetted through Waymo’s early rider program of beta testers. Waymo said it has around 1,500 monthly active users from both programs, the same number it reported in December 2019.

Waymo has a team of remote employees that watch the real-time feeds of each vehicle’s eight cameras and can help, with the push of a button, if the software runs into a difficult spot and needs a human eye to figure out what’s going on. But the company claims that the remote assistance team can’t “joystick” the vehicles, only offer suggestions to help extract the car from tough situations.

One of those situations emerged in Johnson’s recent ride. The car wanted to make a right turn onto a street that had orange cones blocking that lane of traffic, which apparently confused the vehicle. In a statement provided to Johnson, Waymo said that it “detected an unusual situation and requested the attention of a remote fleet response specialist to provide additional information.”

Where things got hairy is that apparently the remote specialist “provided incorrect guidance, which made it challenging for the Waymo driver to resume its intended route, and required Waymo’s roadside assistance team to complete the trip,” the company said.

The remote operator tells Johnson that Waymo doesn’t assign a roadside assistance team to trail each of its fully autonomous vehicles in case something goes wrong. Crews are usually “two to five miles out,” she said. “It never was assigned one-to-one.”

Crews are usually “two to five miles out”

At this point in the video, the car starts to reverse from its position where it was slightly blocking the road to a spot where it was more fully clogging traffic. It then stops again, as if unsure how to proceed. The wheel turns slightly to the right on its own, but nothing happens. “Very interesting,” Johnson says, gamely watching this all happen from one of the middle captain seats. “Now it’s blocking the whole lane instead of half of it.”

Meanwhile, a flatbed truck drives passed collecting all of the orange cones that originally confused the Waymo car. And right when the roadside assistance crew arrives, the vehicle suddenly decides to hightail it out of its embarrassing situation. Johnson sounds disappointed that he never gets to interact with Waymo’s team of roving problem-solvers as the car speeds away.

But oh, no! More orange cones appear, and the Waymo vehicle slows down and then stops again. The roadside crew eventually shows up, and the car tries to run away again. But eventually, it surrenders, and everything gets worked out. The whole video is worth watching if you want an inside look at what happens when our driverless future confronts the intractable problem of minor road construction.

Berkeley has a big new biotech incubator in Bakar Labs

Score a free month of Extra Crunch with your TC Sessions: SaaS 2021 pass

Covid Is Pulling the Plug on Beloved Japanese Arcades