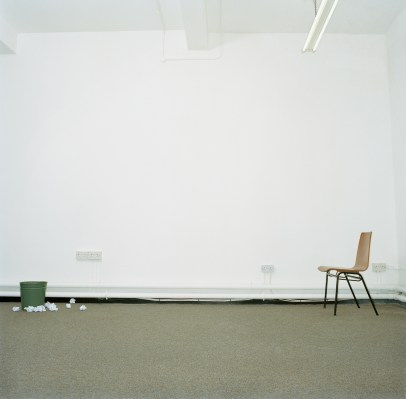 Alex Circei is CEO and co-founder of Waydev, a Git analytics tool that measures engineers’ performance automatically.
More posts by this contributor

For many founders, Y Combinator is a coveted milestone on the entrepreneurial road. As of January 2021, the accelerator has helped create 60,000 jobs, has 125 companies valued over $150 million, and has facilitated top exits totaling more than $300 billion. Past alumni include Airbnb, DoorDash and Coinbase — all of which are now publicly traded.

Unsurprisingly, the program has a strict selection process — with rumors claiming that less than 5% of startups are accepted, making Y Combinator one of the most prestigious accelerators out there. Competition may be fierce, but it’s not impossible, and jumping through some hoops is not only worth the potential payoff but is ultimately a valuable learning curve for any startup.

Y Combinator isn’t bluffing when it says it wants founders to make “something people want.”

The entrepreneurs trying to get into Y Combinator are often at an early point in their journeys and haven’t yet built up the experience to know exactly what kind of business can hit the ground running. This is where a harsh journey of trial and error helps entrepreneurs face the reality of their business model. Going through the Y Combinator program’s rigorous vetting gives founders a sense-check of what they’re missing, and who they’re missing. Take it from someone who applied to the program 13 times before getting in.

Of course, 13 applications require a degree of time and money that startups don’t always have, so I’ve condensed my four biggest takeaways from the experience. Here’s how to work toward landing in the small percentage of startups successfully accepted to the Y Combinator program:

Put your business value before your personal vanity

In a sea of applications, it’s easy to feel like you have to distinguish yourself and your startup in a striking way. For me, I made my mark through an encounter with Paul Graham, one of the founders of Y Combinator — although not in the way I had hoped for.

Graham had written a lot of online essays and resources for startups. In 2012, I thought it would be great to download Graham’s essays, browse by most-used words and publish my findings on Hacker News. However, Hacker News is the social news website run by Y Combinator, and the morning after I shared my work I woke up to an email from Graham asking me to swiftly take it down.

World’s largest meat supplier grinds to a halt after cyberattack