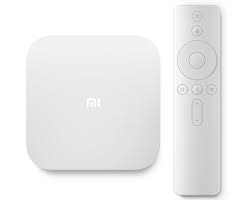 Xiaomi has already entered the TV box market with its Mi TV Stick and Mi Box S, two boxes equipped with Android TV and whose promise is to transform any TV set into a connected smart TV. Compatible in Full HD (for the Mi TV Stick) and up to 4K for the Mi Box S, the devices could soon be joined by the new Mi Box 4S Pro, which was one of the two new products announced by the manufacturer.

Over the years Xiaomi has made a place for itself in the Android TV box market. Like its smartphones, the small Chinese TV boxes are distinguished by their excellent value for money. Like Google’s Chromecast, the Mi Box TV range has established itself as a market reference.

Building on this success, Xiaomi has just lifted the veil on the Mi Box 4S Pro, an 8K compatible TV box, currently reserved for the Chinese market. In the meantime, the manufacturer has unveiled the 4K-compatible Mi Box 4S, a small update of the previous model.

Between the Mi Box S and its big sister the 4S, no big differences, Xiaomi announces at once. As on the previous model, this new iteration will be able to support a 4K stream and will embark with it 2 GB of RAM, 8 GB of flash memory, as well as Dolby + DTS audio decoding. The only notable difference is the presence of a new design, white this time, and a new ARM processor.

A week after presenting its new Mi Box 4S , Xiaomi has launched a much more interesting model in China.

The most advanced Mi Box adds support for 8K videos and HDMI 2.1

The Mi Box 4S Pro is Xiaomi’s first ‘top box’ to add support for 8K videos , a resolution that for now we will only find on the highest-end televisions. These are the characteristics of the Mi Box 4S Pro, a new device that, due to its announced features, is positioned as one of the benchmarks among this type of player.

The Xiaomi Mi Box 4S Pro is an evolution of the Xiaomi Mi Box 4S where the brand takes the opportunity to raise the resolution while adapting the technical characteristics of the device to the needs of that new image size. Of course, it maintains the 2 GB of RAM and, as expected, also the same processor (the Amlogic S905L).

The Mi Box 4S Pro is the first box from Xiaomi to add support for 8K definition video, a definition available on high-end TVs. This TV box looks like any other TV box, it connects to the internet with its Android-based MIUI TV OS. If the box is confirmed internationally, this is not yet the case, it will surely be equipped with Android TV and Google services.

As explained above, this box is able to decode 8K videos at 60 fps (thanks to the SoC ARM Amlogic S908X) and is equipped with HDMI 2.1 connectivity to be able to send an 8K stream to the TV. However, it is worth remembering that the capabilities of these players are limited by the television itself. In other words, to watch 8K videos you will need an 8K television . This device will only allow you to take advantage of all the capabilities of the television and play videos in this quality.

The novelties of this Mi Box 4S Pro are inside the device, with new hardware that promises that “video decoding capacity, transmission speed and storage space have been considerably improved”. These developments may involve a new internal chipset, but it doesn’t have to mean that system performance is much better. For RAM we have 2 GB .

The storage will be 16 GB , double that of the Mi Box 4S, while the aesthetic design h
as not changed. We will have a Bluetooth remote control with voice control through which we can manage the TV, which comes with ‘MIUI for TV’, the China-focused customization layer of Android TV.

But the most important novelty of this Mi Box 4S Pro is the arrival of HDMI 2.1, necessary if we really want to enjoy 8K video. Although not very present for the moment, this image quality will become more democratic in the years to come. The Mi Box 4S Pro therefore promises to meet the evolutions of tomorrow, which gives it a certain durability.

Of course, this Mi Box 4S Pro doesn’t seem very relevant at the moment. 4K TVs are only beginning to become more popular with the very general public, so 8K models remain reserved for a restricted audience with comfortable finances.

Another limitation: the content. For the moment, 8K TV is still experimental since the main SVOD services (Netflix, Disney+, HBO, Amazon Prime Vide) only offer 4K content for the moment.

It should be noted that streaming 8K content will require particularly fast network infrastructures. This is also what 5G will be used for. In the meantime, Xiaomi is ready.