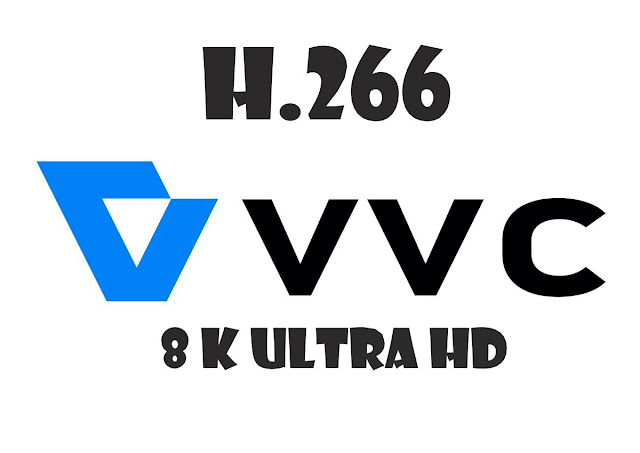 The Fraunhofer Heinrich-Hertz Institute has announced the completion of the H.266 / VVC standard. This new video standard will be rolled out to software publishers as well as to chip manufacturers for decoding and encoding.

Just in time, the Fraunhofer Heinrich-Hertz Institute announces the finalization of the H.266/Versatile Video Coding (VVC) standard. This “versatile video encoding” promises to reduce the size of videos by half, at equivalent quality, compared to H.265/HEVC encoding. Germany’s leading institute for applied research boasts the support of some 30 industry partners, including Apple.

The H.266 standard, which has been in the making for several years, is the natural successor to H.265. In the same way that H.264 encoding contributed to the explosion of streaming in full HD, and that H.265 encoding is at the heart of the transition to 4K, H.266 encoding must accompany the transition to 8K, but also lighten HDR videos and 360˚.
“While the previous H.265/HEVC standard required 10 GB of data to transmit 90 minutes of 4K UHD video,” explains the Fraunhofer Heinrich-Hertz Institute, “only 5 GB is required” to achieve the same quality with the new H.266 / VVC standard. Ultimately, it will also improve the quality of videos with the same or lower weight.
The standard includes support for a wider dynamic range, 8K and 16K resolutions, variable refresh rates up to 120 Hz, panorama formats, auxiliary channels for data transmission, etc. The challenge is therefore not only to reduce the size of videos, as the H.265 standard has clearly shown.
The H.266 / VVC standard is the third “next” generation encoding compared to MPEG-5 EVC and AV1. To complicate matters, most market players support multiple formats. Samsung is engaged alongside Google and Microsoft in the formation of the Alliance for Open Media to promote AV1, but alongside Huawei and Qualcomm in the design of MPEG-5 EVC.
Huawei and Qualcomm also participated in the development of H.266, as did Microsoft and Intel, who support AV1. Apple itself is playing on many fronts, working with H.266 supporters as well as the Alliance for Open Media. In all likelihood, the video codec war won’t take place.
None of the three new “standards” is completely free. The legal situation of the AV1 has become more complicated after the rise of Sisvel, which is demanding licensing agreements from manufacturers. The MPEG-5 EVC will be free, but only for basic functions.
The Media Coding Industry Forumwill offer FRAND licenses for all patents relating to H.266 / VVC, those of the Fraunhofer Heinrich-Hertz Institute as well as those of some 30 other members. The first software H.266 encoders and decoders will be available “this fall”, and the first hardware implementations “are being designed”.
Read more :

3 thoughts on “What you need to know about the new H.266 / VVC video format adapted to 8K”