Skip to content
5G has become even more intriguing! The 3GPP industry group is giving 5G a new direction in the latest series of standards with the release of Release 16

The latest 5G standards have been codified by the 3rd Generation Partnership Project (3GPP), the industry group that sets the standards for cellular networks. The 3GPP finalised Release 16 on 3 July. While previous editions focused on the core of 5G as a mobile service generation, Release 16 lays the foundation for new services that have never been addressed by mobile technology before. At least not in such a rigorous and comprehensive way.
“Version 15 has really focused on the situation we’re in,” said Danny Tseng, director of technical marketing at Qualcomm, referring to mobile service, adding that “Version 16 has really broken the barrier” for robots, cars, factories and dozens of other applications and situations.
Read more : Nokia Can Upgrade 5 Million 4G Transmitters To 5G With A Software Update
4G and other previous generations of cellular systems have focused on one thing: the cell phone. But when 3GPP members began meeting to define what 5G could be, there was interest in developing a wireless system that could do more than just connect phones. “The vision of 5G has always been this unifying platform,” says Tseng. When the 5G standards were being developed, researchers and engineers saw no reason why the wireless cell phone couldn’t be used to connect anything wirelessly, so here’s a look at what’s new and exciting in Release 16.

One of the most striking features of Release 16 is the V2X, short for “Vehicle to Everything”. In other words, the use of the 5G so that cars can communicate with each other and with everything around them. Hanbyul Seo, an engineer at LG Electronics, explains that V2X technologies were previously standardized in the IEEE 802.11p and 3GPP LTE V2X standards, but the intention in these cases was to enable basic security services. Seo is one of the reporters for the 3GPP point on V2X, which means that he was responsible for reporting on the progress of the point to 3GPP. 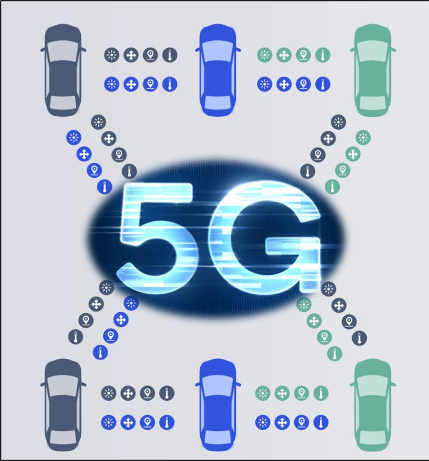 In defining V2X for 5G, Seo says the biggest challenge was to provide high data rate, reliability and low latency, which are essential for anything beyond the most basic communications. Seo explains that previous standards typically handle messages of hundreds of bytes that should reach 90% of receivers within 300 meters in a few hundred milliseconds. The 3GPP standards bring these benchmarks into the gigabytes per second range, with a
reliability of 99.999% and only a few milliseconds.

Matthew Webb, 3GPP delegate for Huawei and other reporter for the 3GPP update on V2X, added that version 16 also introduces a new technique called “sidelinking”. Sidelinks will allow vehicles connected to 5G to communicate directly with each other, rather than through a cellular tower. As one can imagine, this can make a big difference for cars passing each other on a highway, as they will be alerting each other to their position.
Read more : 5G: Huawei wants to save time in the UK and postpone the exclusion
Tseng explains that the side-by-side link began as part of V2X’s work, but theoretically it can be applied to any two devices that might need to communicate directly rather than going through a base station first. Factory robots are one example, or large-scale installations of the Internet of Things.

Release 16 also includes information on location-based services. In previous generations, three cell phone towers were required to triangulate the location of a phone by measuring the round-trip distance of a signal from each tower. But 5G networks will be able to use the round-trip time of a single tower to locate a device. This is because massive Multiple-Input Multiple-Output (MIMO) and beamforming allow 5G towers to send accurate signals directly to devices, so the network can measure the direction and angle of a beam, as well as its distance from the tower, to locate them.

Then there are the private networks. When we think of cellular networks, we tend to think of wide area networks that cover a lot of ground so that we can always be sure we have a signal. But 5G incorporates millimeter waves, which are higher-frequency radio waves that don’t travel as far as traditional cellular signals. Thanks to millimeter waves, it will be possible to build a network just for an office building, a factory or a stadium. At these scales, 5G could work much like Wi-Fi networks.
Read more : Moto G 5G Plus: Motorola Introduces its First 5G Smartphone

Release 17 will “extend the reality

Release 16 introduced many new fields for 5G service, but very few of these fields are completed. “The scope of Release 17 was decided last December. We have a pretty good idea of what’s in there,” says Tseng. In general, that means building on many of the blocks established in version 16. For example, Version 17 will include more mechanisms for linking devices together, not just cars.
And it will also include entirely new elements. Version 17 includes work on extended reality, the umbrella term for alternative and virtual reality technologies. Sun says Version 17 will also include a study to explore the possibility of using frequencies in the 52 to 71 GHz range, which is much higher than anything used in cellular telephony today.
The finalization of version 17 will almost certainly be delayed by the current Covid-19 pandemic, which makes it difficult, if not impossible, for groups working on project and study topics to meet face-to-face.
Source: Release 16

Why Is It So Hard to Be Evil in Video Games?

Dear Sophie: How does the International Entrepreneur Parole program work?